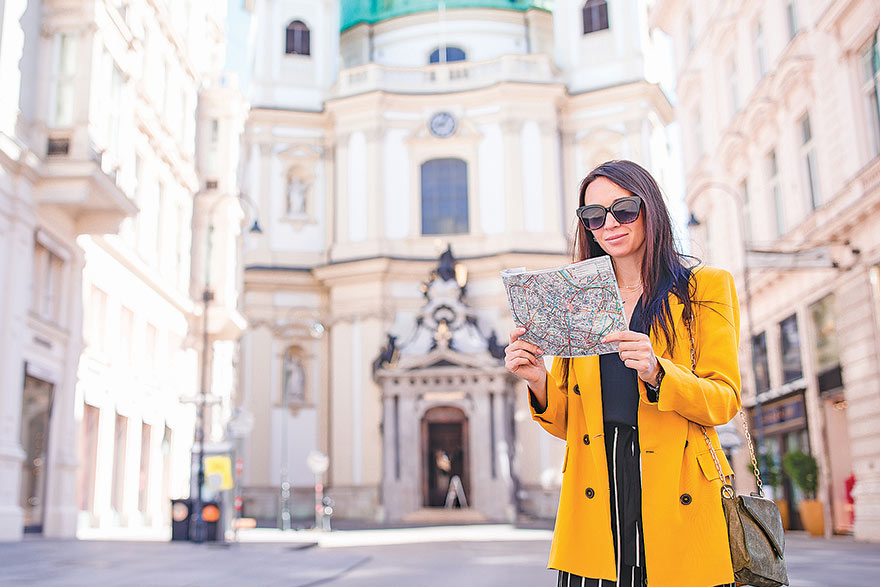 Every country has its own quirks and it can be useful to understand them. Getting to grips with Austrian etiquette and culture can help you engage properly with locals and ensure that your business dealings go well. Because of this, you should pay attention to the nuances of social niceties in the country

Generally speaking, Austrian etiquette and society follows the norms of Germany. This means that Austrians are polite, formal, and have a level of reserve. They also follow many of the same languages, religions, and traditions as Germany.

Catholicism is an integral part of Austrian society. However, the Austrian constitution enshrines freedom of religion and there are many minority religions in the country.

German is the official language of Austria. As such, 98% of Austrians speak German as their native language. Of course, there are also many regional dialects within the country. Nevertheless, speaking German will bring you far more social and business opportunities. However, some regions recognize Croatian, Slovenian, and Hungarian as official languages, too. This is because they see an influx of immigrants from these countries. Additionally, most local schools teach English as the main foreign language.

Austria is a largely egalitarian society. Whether discussing gender, class, or other divisions, Austria offers a greater degree of equality than many other countries. In fact, on the Power Distance dimension, Austria scores 11, which means that the country places emphasis on equality and participative communication. As a result, it has a very strong social welfare system that covers health, education, employment, and retirement needs.

Politically, Austria is a very democratic society. As a Federal Republic, it has a parliament made up of five political parties that include conservatives, liberals, and greens. All Austrians can vote from the age of 16. Perhaps because of its reasonably diverse political landscape, patriotism does not play the same role in Austria as it does in other countries such as the United States. In addition, anti-immigrant and anti-Islam sentiment is on the rise in Austria and has become a recent political flashpoint. As a result, these groups are sometimes marginalized in society. Although the traditional class system is now far less prevalent, it does still exist to a certain extent and is largely built across economic lines.

In Austria, both genders are more or less equal. This is especially true among the younger generations. In fact, Austria’s constitutional law protects gender equality. As such, Austrian etiquette generally sees that women and men are treated the same in society. Nevertheless, there are still some inequalities. For instance, while women are certainly gaining pace in education and employment, there is still a significant gender pay gap.

Despite this, traditional gender norms often still prevail in Austria. As such, this is still a country of nuclear families where men are the head of the household. However, younger urban couples are becoming more equal, with men becoming more involved in household chores and childcare. Additionally, government assistance is pushing gender equality in the home. For example, when having a child, parental leave can be split between the mother and father, enabling women to return to work.

MEETING AND GREETING PEOPLE IN AUSTRIA

Austrian etiquette dictates a certain level of formality in social situations. This is because most Austrians tend to be more reserved, at least until they feel a level of connection with others. Therefore, formal greetings are very much the norm.

As such, you will find that handshakes are very common. Generally, you will shake someone’s hand when you first meet them, and certainly in business settings. In addition, you should offer formal verbal greetings, such as “Guten Morgen” (good morning), “Guten Tag” (good tag), or “Guten Abend” (good evening). But, informally – or between family and good friends – women might lightly hug or offer two light air kisses on the cheek. You can also add verbal greetings such as “Hallo” (hello) or “Servus” (hi).

Because of the formality of Austrian etiquette, you should always greet Austrian people with titles. This is especially true in business meetings. Try and use professional titles, if available – like “Doktor” – or “Herr” (Mr). In general, first names are only used with friends, family and people you know well.

Austrian etiquette also dictates that you should never show up at someone’s home without warning. Instead, you should always call ahead and make plans to visit someone in their home.

CONVERSATION AND COMMUNICATION IN AUSTRIA

Once again, Austrian etiquette requires a certain level of reserve in conversation. In general, you should expect a formal, polite style of communication. That said, with better acquaintance, this should become more warm and open. Similarly, Austrians tend to be very direct, honest, and straight to the point. However, this is tempered with a subtle – often cynical – humor. You should also remember that Austrians don’t tend to ask personal questions until they know you quite well.

When it comes to conversational topics, you can never go wrong with talking about Austria’s stunning natural beauty and regional diversity. However, Austrians also love enriching conversation, so try to avoid banal small talk about the weather (unless it is especially pertinent). Instead, try and engage people in topics they are interested in.

Of course, being a rather conservative society, there are also some topics that you should avoid. This includes WWII and the Holocaust, because they are still very sensitive topics in Austria. Migration is also a divisive topic, so be careful with this.

CLOTHING AND DRESS CODE IN AUSTRIA

Austria’s Catholic traditions mean that people here tend to be quite conservative and this applies to their dress sense, too. They also dislike attracting attention to themselves. As such, you won’t usually see very skimpy or overly outrageous outfits. Instead, aim for quiet elegance and sophistication. You should also remember that Vienna is separate from the rest of the country, and people tend to dress up more for the opera or theatre, so feel free to go all out. You can never be overdressed for these occasions.

In general, casual dress for women involves dresses or skirts in summer or pants and sweaters in winter. For men, pants and collared shirts are always appropriate. In addition, Austrians usually favor dark, solid colors or simple patterns. Athletic gear is also frowned upon, as are sneakers and Birkenstocks. For business, men usually dress formally. This means dark suits with a dress shirt and tie. Similarly, women favor conservative dresses or a skirt suit.

Serbian Minister of Trade, Tourism and Telecommunications Tatjana Matić officially opened the 43rd International Tourism Fair. She said that the visit of a large...
Read more

Monsoon provides not just relief from the scorching heat but also breathes life into nature and all her elements. as india welcomes the first...
Read more

The best examples of villages embracing tourism to provide opportunity and drive sustainable development have been celebrated at the World Tourism Organization (UNWTO) General...
Read more

Improving The Quality Of Life

Smart cities like Singapore, New York and Seoul have made huge strides in their smart city initiatives and in adopting innovative smart technologies as...
Read more

Fortresses have been built in Japan since ancient times. A particular need for castles arose in the 15th century after the central government’s authority...
Read more