“The most effective way to accompany Serbia on its way to the EU is through the cultural exchange at eye level – no amount of financial support can replace that,” says Austrian Cultural Forum Director Adrien Feix

The new director of the Austrian Cultural Forum in Belgrade, Adrien Feix, kindly responded to our request that he conveys his first impressions of Belgrade to CorD readers, but also announce projects that will help to further advance the already successful cultural cooperation between Austria and Serbia.

The Austrian Cultural Forum in Belgrade opened under the auspices of the Austrian Embassy in 2001, tasked with promoting the culture of its country through contemporary and innovative projects with lasting significance. It has maintained a prominent presence throughout Serbia since then. Here we will mention as examples only that this July, thanks to the Austrian Cultural Forum, residents of Niš enjoyed screenings of Austria’s best short films, while Pančevo recently received a new mural that was painted by Austrian artist Manuel Skirl.

Is this your first encounter with Belgrade and Serbia? What are your expectations of the region in which you’ll spend the next few years?

– This is indeed my first encounter with a country I had previously only read about and worked on based in Vienna. My expectations were already high – unique history and culture, welcoming and open people, excellent cuisine – but since the first few days, I felt that they would be surpassed. What also impressed me is the cultural diversity within the country, which I am looking forward to discovering during my travels. Of course, there is also one major difficulty, which consists of mastering the language – at least to the point of being able to work with it.

The website of the Austrian Embassy states that the emphasis of the work of the Austrian Cultural Forum is on contemporary and innovative projects, as opposed to the works of authors who are trademarks of Austrian culture: Mozart, Strauss, Schubert, Mahler, Klimt, Kokoschka, Schiele, Rilke, Handke, Jelinek etc. Why is that?

– The main idea behind this is to increase the visibility of aspects of Austrian culture that are not already well-known and commercially sustainable in Serbia. This is not to say that Mozart or Schiele is outdated or irrelevant, but they no longer need our support, whereas this support can make a difference for young Austrian musicians, visual artists, filmmakers or poets. An additional benefit of focusing on culture in the making is that it leads to an exchange between the respective art scenes, which has more of a long-term effect than simply displaying old masterpieces.

What would you personally like to recommend to our public from contemporary productions of Austrian culture?

– First and foremost, follow our social media presence, where we showcase a wide array of contemporary aspects of Austrian culture. Regarding the film, it is worthwhile to follow the programmes of the two Austrian main film festivals (Viennale and Diagonale). Regarding music, people should listen to the selection of promising musicians in the “New Austrian Sound of Music” programme. In terms of visual arts, the “curated by” gallery festival in Vienna is one of the many interesting events to follow, also at a distance. 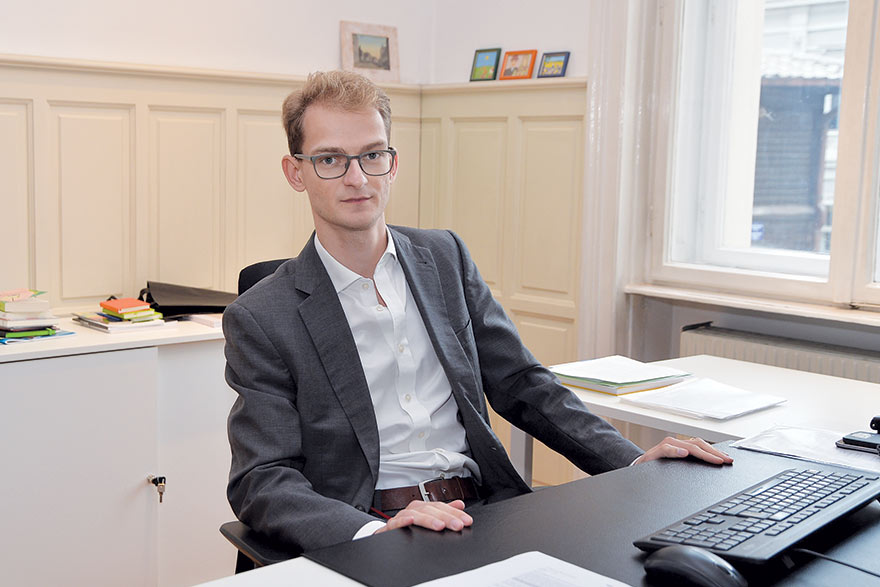 And, on a really personal note, I very much enjoy the current electronic and instrumental hip-hop scene in Austria and would also recommend researching Austrian contemporary and sustainable architecture, which is for example very innovative in the western province of Vorarlberg.

Serbia allocates the lowest percentage of its national budget to culture in the region, while at the same time we have the impression that people from these parts have a very high awareness of the importance and significance of culture. How would you comment on this imbalance?

– I am neither entitled nor sufficiently qualified to judge budgetary priorities in Serbia, but, generally speaking, money spent on education, culture and science is not only intrinsically valuable but nearly always also a worthwhile investment, because it paves the way for innovation, investment and tourism. This is especially true for Serbia, where there is already high awareness of the importance of both the rich cultural heritage and vibrant contemporary scene.

Cultural contact between the two countries is also dependent on their political contacts. How do you overcome this kind of obstacle?

– It is absolutely true that the Austrian Cultural Forum builds upon a broad network of contacts in arts, cultural management, science, business – political ones are no exception, and the current excellent political relationship between Austrian and Serbia is certainly helpful. But I would frame the relationship somewhat differently: it is the cultural exchange that is crucial to a good political relationship. Culture and science lay the foundation for everything else, not politics.

Here in Serbia, the Austrian Cultural Forum isn’t only present in Belgrade, but rather also in other cities – this summer, for instance, a series of Austrian short films were screened in Niš, while a mural of artist Skirl adorned a wall in the city of Pančevo – demonstrating unambiguously the view that culture isn’t an elite category. Could you comment on this?

– It is quite natural that culture tends to develop more rapidly and vigorously in certain areas, mostly in large cities. However, it seems to me that excessive centralisation and the subsequent formation of closed artistic bubbles in capital cities is problematic because it severs the connection between a large majority of the population and art.

Generally speaking, money spent on education, culture and science is not only intrinsically valuable, but nearly always also a worthwhile investment, because it paves the way for innovation, investment and tourism

At our level, we try to counter this tendency and also bring Austrian contemporary productions to places where they would not usually be shown. Skirl is a great example, because he actively tries to engage a public beyond the usual street art scene and has developed a universal graphic language, which works in Pančevo in the same way as it does in Prague or Vienna, and can appeal to all social and ethnic groups.

Serbia and Austria are countries with contrasting geopolitical and historical realities, but do they still share something in terms of their cultures?

– The cultural and scientific exchange between Serbia and Austria dates back to at least the 18th century and is so extensive that I don’t even want to attempt a summary here. It is remarkable that the relationship was based on interactions between artists and intellectuals (e.g. Vuk Karadžić, Jovan Cvijić, Paja Jovanović, Milutin Milanković, Bogdan Bogdanović and Milo Dor), which explains why it proved so resilient.

Perpetuating the tradition of grassroots exchange, many Serbian students, intellectuals, artists and scientists currently study and work in Austria, often moving back and forth between both countries, further strengthening our ties and continuing to enrich both of our cultural legacies. Since Serbia has become a full member of Erasmus+, I expect the exchange in both directions to intensify over the coming years.

Despite having only just taken on your new post, could you tell us about any upcoming programmes of the Austrian Cultural Forum for the season ahead?

– Firstly, I will focus on consolidating the excellent programmatic work of my predecessors and build upon the experience of my team, especially in the areas of visual arts, music and film. Secondly, in line with your previous question, we will strive to further increase our presence also outside Belgrade, Novi Sad and Niš. Thirdly, we will work to make already existing excellent cooperation that’s largely unknown – especially in science – visible to the general public.

Finally, as more of a long-term endeavour, I believe that, together with other European cultural institutes, we must instigate a broad and open dialogue with the Serbian people on our European heritage and destiny. The most effective way to accompany Serbia on its road to the EU is through the cultural exchange at a high level – no amount of financial support can replace that.

Around 350 fans of Kpop (Korean pop music) gathered from all over Serbia to attend the event “Kpop World Festival Serbia 2016”, which was...
Read more

Our Choices are Dangerously Limited

I believe we live in a country that has an opposition that will be a barrier to any attempt of absolute power. No democratic...
Read more

The Book of Joy: Lasting Happiness in a Changing World

The occasion of a major birthday inspired two close friends to get together in Dharamsala for a talk about something very important to them. The...
Read more