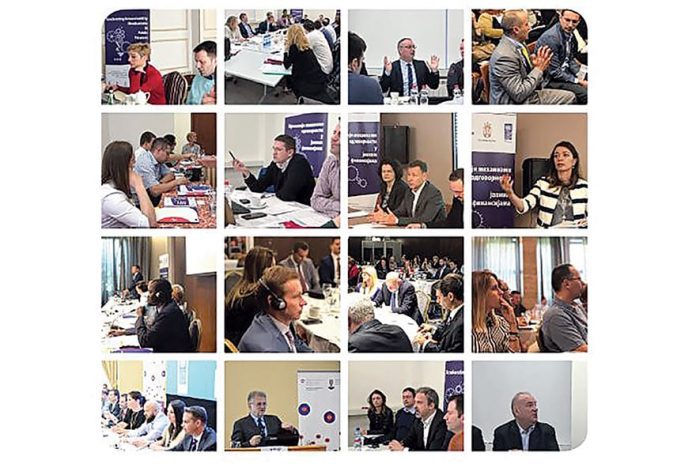 The Government of Serbia adopted a comprehensive Public Financial Management Reform Programme in late 2015. With donor funding from the governments of Sweden and Switzerland, UNDP works together with the Serbian Ministry of Finance, the State Audit Institution and the Public Procurement Office on the implementation of key reform measures with beneficiaries at central and local levels, in the areas of budget planning and execution, financial control and external scrutiny over public finances. The immediate objectives of increasing technical and operational capacities and better accountability in public finance management at all levels contribute to the goals of reduced risks for corruption and strengthening the rule of law, and advance key milestones and benchmarks under chapters 5 and 32 of Serbia’s EU accession negotiations and SDG #16.

Interventions have contributed to increasing transparency in planning and monitoring budget execution at the local level. Public Budget Portals were developed in 10 local self-governments, while best practise models for involving citizens in local budget planning and spending were promoted via a national media campaign. UNDP contributed to drafting the Public Procurement Strategy and has continuously supported the preparation of model documents for public procurement procedures promoting the most economically acceptable offer versus the lowest price criteria. The average number of bids submitted per competitive procedure has increased during the project period to three bids per tender, while the share of negotiated procedures represents three per cent (down from 5% in 2015) of the total value of concluded contracts.

Compared to 2015, the number of published State Audit Institution (SAI) reports increased from 173 to 390 in 2017, while the number of Certified Internal Auditors in the public sector increased from 258 in 2015 to over 400 in 2018; a new, more transparent and cost-effective system for certifying internal auditors in the public sector was also adopted. New forms of audit (IT and Performance audits) were introduced in line with the standards of INTOSAI and EU Accession requirements.

With regard to improving municipal audits, 70 Internal Auditors working in local administrations upgraded their knowledge and skills in planning, executing and reporting on the results of internal audits, in line with the international standards of internal audits. UNDP developed an e-learning platform for certified internal auditors in the public sector. That platform is now integrated into the website of the Central Harmonization Unit (CHU).

SIDA and UNDP also supported the development of custom-made software for the Public Debt Administration of the Ministry of Finance, which was launched in December 2018 and which allows PDA to manage public debt with the benefits of automation, with the easy preparation of reports, debt records and debt analysis and forecasting.

Local self-governments are financing civil society organisations in implementing various initiatives. Recognising the need to further strengthen the capacity of LSGs in this area, UNDP implements the EU-funded Regional Programme of Local Democracy (ReLOaD) in Serbia, working in partnership with four local self-governments and 17 civil society organisations (CSOs) to ensure that CSO projects financed from the local budget are in line with local development priorities. This initiative benefits 4,000 people in these communities.