On the margins of local self-government units for years, usually with no staff or means of securing better oversight, local assemblies started – with SDC and UNDP support – organising and digitalising themselves. Local budget portals are piloted by UNDP with the Standing Conference of Towns and Municipalities in 10 municipalities, based on the National Assembly’s portal for monitoring public budget spending. Tailor-made e-Parliament software was developed and introduced in Zrenjanin and Leskovac.

This software, developed on an open platform, includes DMS and E-voting and is available to all interested local assemblies; customisation is already underway in the Assembly of the Autonomous Province of Vojvodina and Niš Assembly. Another new tool is the Local Assemblies’ Accountability Index. An October 2018 Local Assemblies’ Conference in Novi Sad saw the launch of an annual platform for cooperation and policy dialogue. 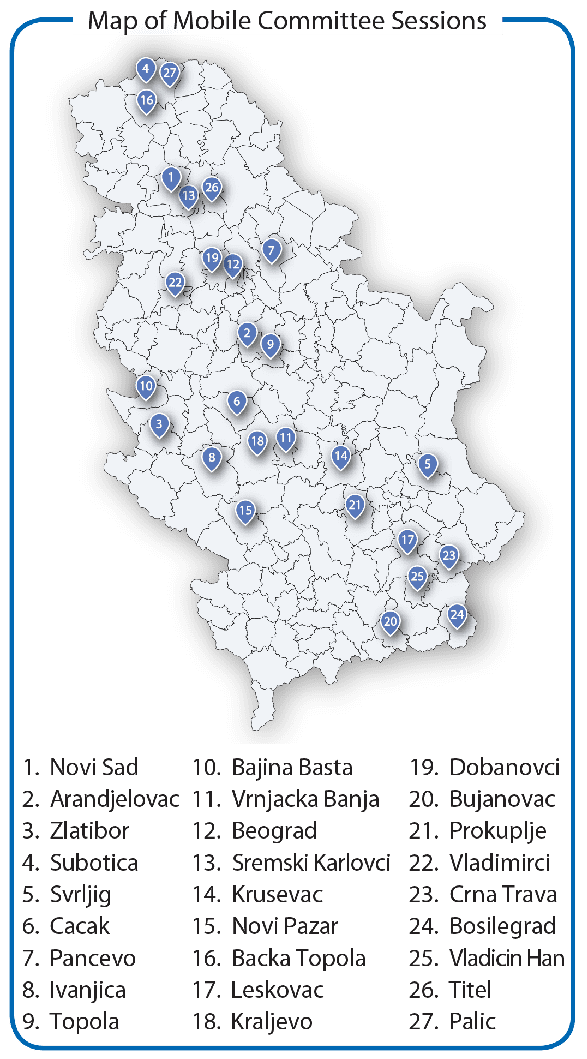 Knowledge sharing between the National Assembly and local assemblies, especially in terms of advancing SDGs, is featured as best practise (e.g. in the UNDP and IPU 2nd Global Parliamentary Report 20171 , as well as in the UN Secretary-General’s 14th March 2018 Report on interaction between the UN, national parliaments and the Inter-Parliamentary Union2).

In order to contribute towards the quality of legislative drafting, SDC and UNDP supported the Belgrade Faculty of Law in preparing a Legislative Drafting Monograph, the first of its kind in Serbia, and introducing a Legislative Drafting Course in the regular curricula. During this course, over 400 participants – from the National Assembly, ministries, local administrations, independent bodies, as well as students – learnt legislative drafting techniques and examples.

UNDP is currently strengthening one in every three parliaments worldwide and supporting an election every two weeks.