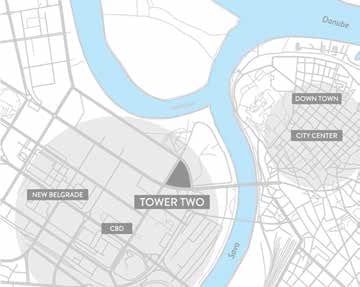 With a population of 1.7m inhabitants, Belgrade is one of the four largest cities in Southeastern Europe. 24% of the country’s population lives in this city. It is estimated that Belgrade generates over 40% of Serbia’s GDP.

Belgrade is in the group of lowest supplied cities in the region regarding shopping centre density, reaching 150m2 per 1,000 residents, and office space with the overall market vacancy less than 4%.

No Compromise on Quality

The Biggest Real Estate Investor in the Region

MPC is currently investing 250 million euros in new development projects, all located in Belgrade, the capital of Serbia: office buildings Ušće Tower Two, Navigator Business Center 2 and BEO Shopping Center, the openings of which are planned for 2020. These investments encompass a total of 221,000m2 of gross building area
Read more

Welcome to the Outstanding

More Than a Workplace

The Navigator Building is Leed Gold Certified, while the same is expected for phase 2
Read more

Buildings With the Highest Standards

We are Raising Standards and Shifting Boundaries

In the developing of new concepts for these business properties, we wanted to shift the boundaries of the domestic market and keep pace with current world standards and properties currently being
Read more

Belgrade – The City of the Future

Works On The Building Of The New Shopping Centre Started