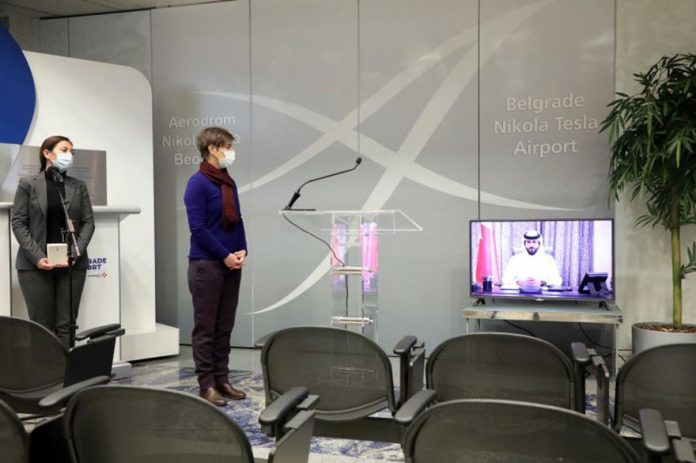 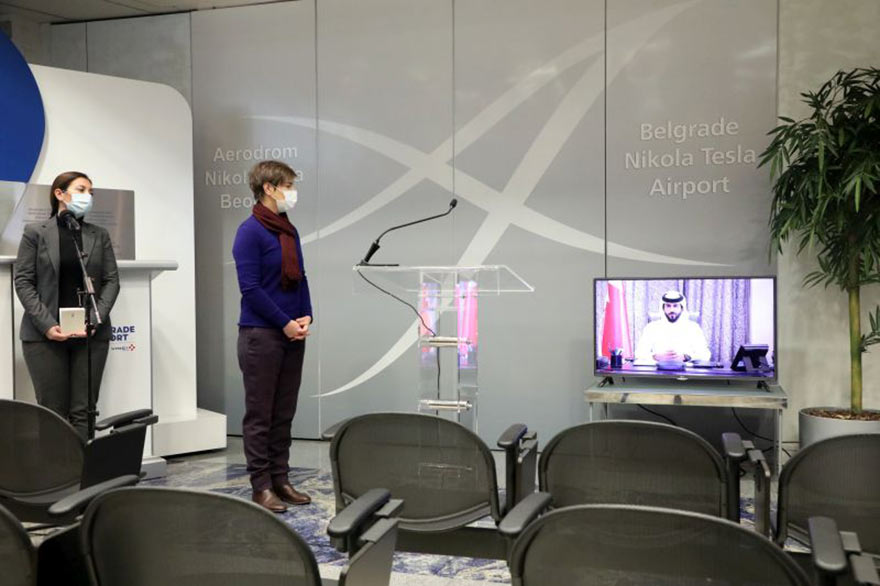 Prime Minister Ana Brnabic received today an airplane with a donation from the Kingdom of Bahrain at Nikola Tesla Airport, and on that occasion pointed out that the aid of 67.5 tons of medical equipment is an extremely generous donation.

In her address to the press, Brnabic stated that in January a total of five airplanes arrived from Bahrain, with 20 medical ventilators in today’s shipment.

This assistance is the result of a telephone conversation between President of Serbia Aleksandar Vucic and King of Bahrain Hamad bin Isa bin Salman Al Khalifa from 24 November last year, who offered assistance to Serbia in the fight against the pandemic, she said.

The Prime Minister expressed her gratitude to the King of Bahrain for the donation and underlined that the Serbian government will work diligently to improve relations with Bahrain, and that this aid is a big step towards that.

On behalf of the King of Bahrain, the chairman of the Supreme Council for Youth and Sports and the national security adviser, Sheikh Nasser bin Hamad Al Khalifa, addressed the audience at the airport with a video message.

He expressed gratitude to all medical workers who are fighting COVID-19 as a global plague, and said that Bahrain will continue to help its friends.