Whether Serbia will emerge as a winner...
Read more

The continuation of the conflict in Ukraine...
Read more

Even before the outbreak of the covid-19...
Read more

Serbia is at a crossroads. Although current growth rates are improving incomes in Serbia, they are not bringing the country closer to average living standards in the European Union fast enough. The current 3 to 4% growth per year is at the upper end of Serbia’s current potential growth.

To reach European levels of prosperity, Serbia must embrace a new, ambitious agenda for growth. Two decades ago, Serbia made the choice to leave behind years of war and rapidly reconstruct its economy. It curbed hyperinflation, and steadily restored broken infrastructure. Real GDP growth of 6.6% ensued, interrupted only by the global financial crisis. Now, as then, Serbia must be willing to set another high goal of doubling its income in a decade. Only strong political will, stemming from a broad consensus, can bring about the policies needed to achieve this.

Serbia can deliver on an ambitious reform agenda for growth as it has done before. Skeptics may argue it is unrealistic for Serbia to grow at 7 instead of 3-4% annually, or to generate 100,000 jobs each year, or to abandon the legacy of pervasive state control of the economy. But in 2014, skeptics would have dismissed the likelihood Serbia would, in 3-5 years, turn a deficit of 6 percent of GDP into a surplus, nearly halve unemployment from almost 20% to 13%, or slash public debt from 67 to 54% of GDP. Yet it did. Sustaining the success of these reforms underpins the foundation for the New Growth Agenda. Serbia can become a fast-growing, sophisticated modern economy, driven by its private sector, if it maintains the hards won gains of macroeconomic stability and advances the transformation in the following areas:

Boosting investment. Investment, private and public, is an expression of confidence in the future, and higher levels of it will be both the cause and effect of higher growth in Serbia. An overall investment level of at least 26% of GDP would be needed to reach a 7% growth rate and to sustain it for a prolonged period of time. Based on historical patterns in similar countries, Serbia could add one percentage point to annual growth by increasing public investment alone to five percent of GDP. Considerably more could come from closing the gap in private investment, given that Serbia’s private sector invests nearly 3 percentage points of GDP less than firms in Western Balkan countries and nearly 6 percentage points less than those in Central and Eastern Europe. Ensuring quality of investment is essential as well, including reforms of the public investment management system.

Financing growing firms. The financial sector enables investment. Obtaining credit can be the difference between expansion or stagnation for small enterprises or start-ups that have innovative ideas and entrepreneurial drive. And in Serbia the financial sector lacks instruments that best suit their needs. Introducing new financing options and invigorating capital markets would help increase the ratio of private-sector credit to GDP, which is currently only half of the EU average. Achieving EU levels of financial intermediation would boost Serbia’s GDP by 1.3% annually. 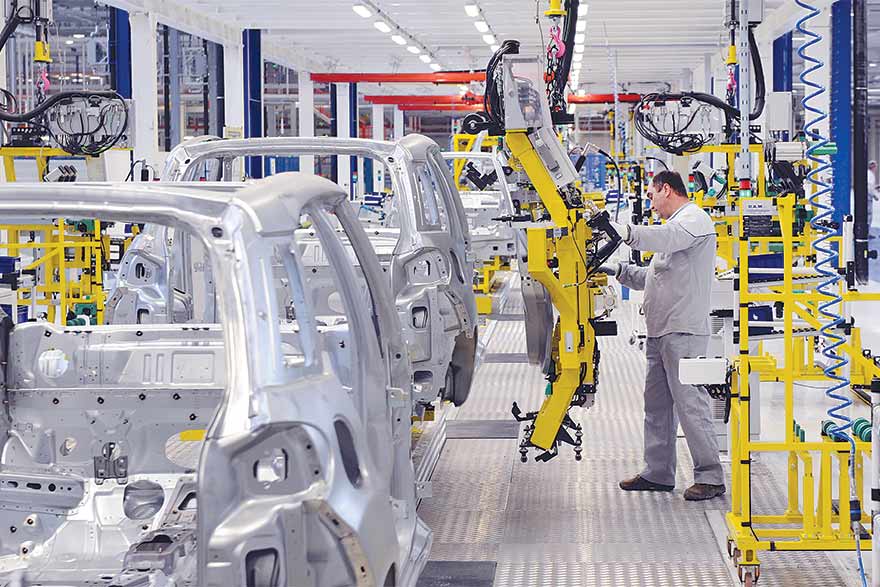 Skilling workers. There is no better example of investing for the future than better education for Serbian children and youth. Ending functional innumeracy and illiteracy is not only the right thing to do but would also supply Serbia’s companies with better-trained workers. Labor inactivity remains high, more so among women and the Roma population. High labor taxes, particularly for lowwage earners, diminish work incentives. Reducing non-wage costs and making labor tax and social security contributions more progressive would foster labor participation. Over two-thirds of expanding businesses are unable to find workers with the right skills. A broad reform program to upgrade skills – from curricula reform to quality assurance systems – and evidence-driven active labor market policies would improve quality. These reforms could add 1.3%annually to GDP growth.

Raising productivity. The productivity of its private firms will in large part determine Serbia’s prosperity.

With Serbia’s average firm productivity low (Serbian manufacturing firms produce only one-third of what EU firms do, using the same inputs) and slowgrowing (less than 1% annually), there is much room for improvement – and with it, significant potential for Serbian firms to produce more, hire more people, and pay better.

Domestic private firms are the backbone of the Serbian economy, employing over half of the formal private labor force and exhibiting the highest recent productivity growth. Over three-quarters of net job creation between 2014 and 2017 was from only 5% of firms. Removing constraints to doing business, entry and competition should help increase the number of high growth firms. In the same way, policies that encourage competition, level the playing field and equalize access to finance, as well as improve skills, would allow for more labor and capital to flow to the most productive firms, increasing overall productivity in the Serbian economy. A one percent increase in productivity can bring an additional 1% increase in GDP. More productive firms have a better chance of competing internationally and bring best business practices back home.

Expanding exports. Exports of goods and services, an important component of Serbia’s success, grew from 30% of GDP in 2006 to over 50% of GDP in 2018. Over the same period, Serbian ingenuity and favorable policies have driven explosive annual growth rates in two service exports – 27% in computing and over 11% in professional services. But these two sectors account for a small share of the economy. For total exports to reach 80 percent of GDP, the level of similar small transition economies that have already joined the EU, Serbia needs policies that upgrade export-supporting services (e.g., better transport, warehousing and brokerage services, especially for domestic firms), and improve the operating environment for exporters (e.g., access to raw materials, cost and inefficiency of border compliance). A firm that exports is twice as productive as a firm that does not, a consequence of higher competition abroad. Low levels of investment in new technologies, issues with trade facilitation, and other behind the border constraints on potential exporters can prevent Serbian businesses from entering international markets or expanding exports.

Enabling business. Serbian enterprise, financial means, and skilled labor amount to little without the right environment to do business. A government approach of not only permitting but truly enabling business is essential. Changes to improve the overall business environment would find favor with any good-governance advocate: improved transparency of administrative procedures, simplification of overly complex laws, and improving governance and curbing corruption. But comprehensive execution has so far been elusive. Progress in this sphere could add 0.9% to GDP annually.

Along with maintaining macroeconomic stability, this policy agenda would constitute a national declaration that Serbia intends to seize the opportunity it has created for itself. None of this will come easy. In 2019, the global environment has deteriorated; leading indicators suggest a further slowdown in global growth and trade in the near term.

But Serbia can safeguard its hard-won macroeconomic stability and take its economic transformation to the next level. Reforms will at once promote growth and build needed resilience for the coming period and beyond. But this goal will elude Serbia if it does not construct a better foundation for faster growth. The challenge is not only economic. It requires courageous, decisive and bold political commitment as well as strengthening government effectiveness and accountability.

The article was edited by CorD