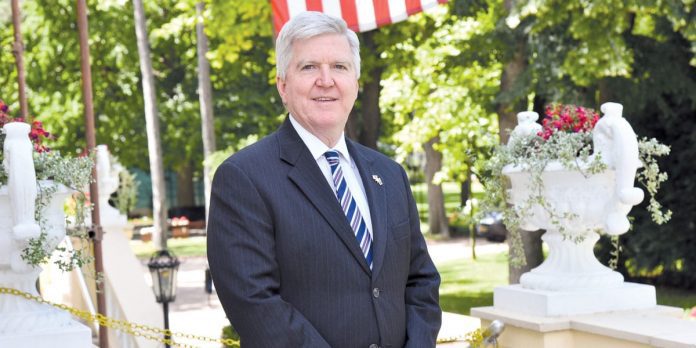 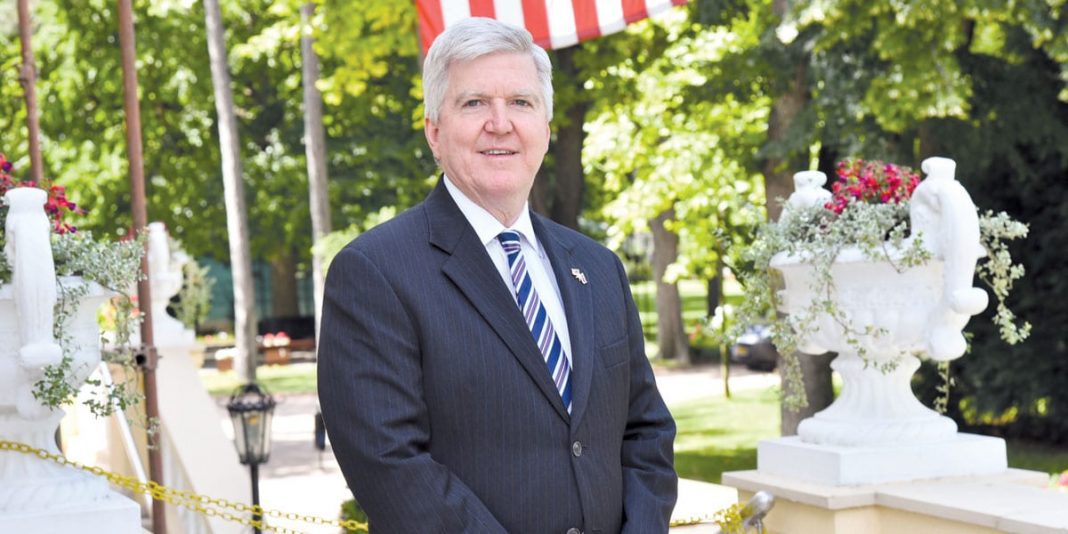 Since 2001, U.S. businesses have invested almost $4 billion in Serbia, and today more than 17,000 Serbian workers are employed by American companies. Over the past 15 years, the United States has provided nearly $1 billion in assistance to Serbia, for programs to support efforts to develop strong economic institutions, including fair labour laws, effective inspections, a more effective judiciary, a reduction in the grey economy, and legislation supporting individuals who are ready to put a spotlight on corruption and waste.

At the same time, our armed forces have developed close and vibrant ties. American and Serbian troops train together. We stand together to combat ISIL terrorism and other violent extremists. We are both committed to global peacekeeping, and we continue to expand our ability to work together.

All these joint efforts are intended to support reform in Serbia that lowers unemployment, increases growth and raise the standard of living, and improves the rule of law. All will make Serbia a more prosperous nation, a more attractive place for foreign direct investment, an even stronger partner to the U.S., and a force for peace and stability in the region.

The richness of our current relations is not surprising in the context of the strong people to- people ties developed between our two countries over the past century. Serbs have enriched American culture in virtually every field of human endeavour. Scientists, inventors engineers, academics, artists of all kinds, athletes — the list of renowned Serbs in American history is long and impressive. Those who are not world-famous also strengthen these connections. Today, more than 20,000 Serbs visit the United States every year, and nearly 1,000 Serbian students attend US universities.

Our people-to-people ties have had a real impact on our broader relations. Every adult in Serbia remembers how the wars and conflicts of the 1990s tore the fabric of our relationship and put our historical bonds to the ultimate test. But many are less familiar with how our two countries supported one another through the darkest days of the 20th century. For example, 10,000 Serbian-Americans joined the Serbian Army as volunteers and fought at Thessaloniki (Salonika), and American doctors and nurses volunteered to come and treat the wounds and illnesses wrought by that terrible war.

This July 4th, as the United States celebrates 241 years of independence, we should not forget the century of ties that keep Serbia and the U.S. moving forward together, with a commitment to improving the lives of both Serbs and Americans

The horrors of the First World War will not soon be forgotten. Nor will the bravery and persistence of the Serbian people in that epic struggle. Perhaps less well remembered is the inspiration US President Woodrow Wilson felt as he witnessed the unbreakable spirit of the Serbian people.

President Wilson was so impressed that, in 1918, he encouraged all Americans to gather together in their places of worship “for the purpose of giving expression to their sympathy” with the people of Serbia and “to invoke the blessings of Almighty God upon them.” In his famous “Fourteen Points,” he also called for international guarantees of Serbia’s political and economic independence and territorial integrity.

Only two decades later, the U.S. and Serbia again faced common foes and triumphed, surviving the utter devastation of the Second World War. Americans will always be grateful to the thousands of brave Serbian men and women who risked their lives and the lives of their families to shelter U.S. airmen who had been shot down by German forces.

After the war, despite the political complexity of our bilateral relationship, US President Harry Truman saw that more than moral or political support was necessary for the young nation of Yugoslavia. He, therefore, asked Congress to provide the economic and military aid Yugoslavia so desperately needed at that time. Four decades of peace and relative prosperity followed.

This July 4th, as the United States celebrates 241 years of independence, we should not forget the century of ties that keep Serbia and the U.S. moving forward together, with a commitment to improving the lives of both Serbs and Americans. Together we can make the coming century one of peace and prosperity for all.