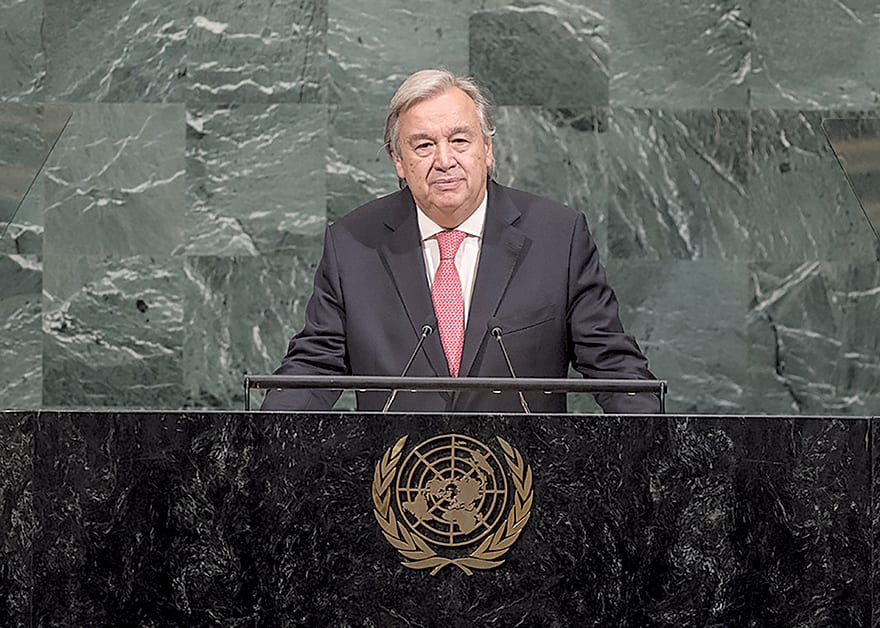 So, Where Do We Go From Here?

The remaining 11 countries set to deliver addresses will speak to a largely empty hall, with most delegations having already headed out of New York. Venezuela and the Holy See are among the last of the 193 speakers at the marathon gathering of diplomats.

As barricades and police cordons were gradually lifted on 25th September and world leaders returned home, the United Nations prepared to return to regular work the very next day with committees meeting, envoys seeking resolutions to conflicts and deliberations between diplomats.

The Middle East took up much of the focus during the General Assembly High-level week – from Syria to Yemen to Iraq – with ministers reaffirming their commitment to seeking peaceful resolutions to conflicts and their support for legitimate and internationally recognised governments.

And while one of the key developments over the past week was the escalation of tensions between the United States and North Korea over Pyongyang’s continued violation of UN resolutions with its missile tests, the UN will convene to honour the International Day for the Total Elimination of Nuclear Weapons.

Global nuclear disarmament has been one of the oldest goals of the UN — and was the focal point of the General Assembly’s first resolution in 1946. Although 15,000 nuclear weapons remain in existence worldwide and concerns are high over the nuclear ambitions of North Korea, Israel and Iran, the UN maintains its efforts to combat nuclear proliferation. Last July, the UN adopted the Treaty on the Prohibition of Nuclear Weapons, the first multilateral legally binding document for nuclear disarmament negotiated in two decades.

With continued US rejection of the Paris climate deal, there is a fracturing on the international commitment to tackle climate change. This topic was one of the top issues discussed at several meetings in New York, both inside and outside the UN

And yet, getting countries to adhere to UN treaties and resolutions remains a huge challenge. The matter was addressed at the 72nd General Assembly by UN secretary-general António Guterres‏, who has made reform a priority in the first year of his term. Reform will continue to be on the UN’s agenda in the year to come.

With continued U.S. rejection of the Paris climate deal, there is fracturing on the international commitment to tackle climate change. This topic was one of the top issues discussed at several meetings in New York, both inside and outside the UN.

At many sideline events during the General Assembly, new pledges were made to the UN Sustainable Development Goals. And their focus was wide and deep. For example, at a World Economic Forum summit, a new Global Battery Alliance was announced with public and private sector partners committing to safeguard workers, ban child labour, combat pollution and innovate for green energy storage. Such public-private partnerships were announced throughout the week as a counter to splits among world powers and challenges to governance.

As the week of high-level meetings wrapped up, all eyes were on Germany and Iraq.

Angela Merkel was re-elected chancellor in German parliamentary elections exit polls showed, having emerged as the leader of Europe and, in large part, the western liberal order. Yet, her victory came as the country’s far-right Alternative for Germany (AfD) party won its first seats in parliament.

And in Iraq, the fight against ISIL has been overshadowed by the Kurdistan Regional Government’s insistence to hold an independence referendum which could set in motion a series of events to upend borders of a nation-state. While everyone in New York from Mr Guterres to the Arab League to U.S. President Donald Trump announced their rejection of the referendum, local politics looked certain to determine developments.

Ambassador of Japan H.E. Katsumata attended the ceremony organized by the company Toyo Tires Serbia on the occasion of...
Read more