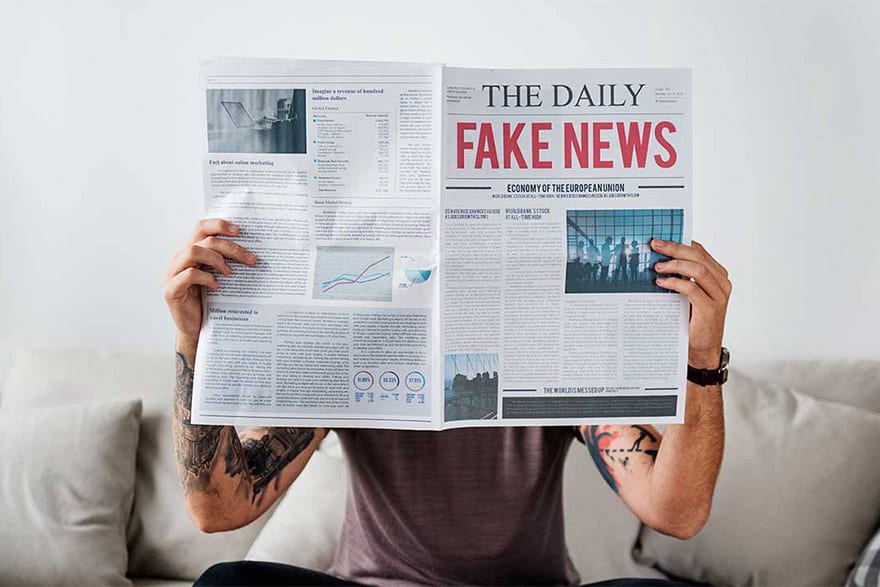 What’s Wrong With The News?

The British public can’t get enough news about Brexit – at least, that’s what news platforms’ data analytics say. But, according to the Reuters Institute’s latest Digital News Report, 71% of the British public tries to avoid media coverage of the United Kingdom’s impending departure from the European Union. This disparity, which can be seen in a wide range of areas, raises serious questions about news organizations’ increasingly data-driven approach to reporting.

The rise of data analytics has made journalists and their editors confident that they know what people want. And for good reason: with a large share of news consumed on the Internet, media platforms know exactly which stories readers open, how much they read before getting bored, what they share with their friends and the type of content that entices them to sign up for a subscription.

Such data indicate, for example, that audiences are interested in extraordinary investigative journalism, diet and personal-finance advice, and essays about relationships and family. They prefer stories with a personal angle – say, detailing an affected individual’s fate – rather than reports on ongoing conflicts in the Middle East or city hall coverage. And they are drawn to sensational stories – such as about US President Donald Trump’s scandals and antics – under “clickbait” headlines.

But if newsrooms were really giving audiences what they wanted, it seems unlikely that almost one-third (32%) of respondents in the Digital News Report, the world’s largest ongoing survey of online news consumption, would report that they regularly avoid news altogether. But they did, and that figure is up to three percentage points from two years ago.

The most common explanation for avoiding the news media, given by 58% of those who do, is that following it has a negative effect on their mood. Many respondents also cited a sense of powerlessness.

Moreover, only 16% of participants approve of the tone used in news coverage, while 39% disapprove. Young people, in particular, seem fed up with the negativity bias that has long been regarded as a sure-fire way to attract audiences. For many, that bias feels disempowering. Conversations indicate that the problem is compounded for young parents, who want to believe that the world will be good to their children. Younger generations also feel consuming news should be more entertaining and less of a chore.

One reason for the disconnect between the data and people’s self-reported relationship with the news media may be the “guilty pleasure” effect: people have an appetite for voyeurism, but would prefer not to admit it, sometimes even to themselves. So, even as they click on articles about grisly crimes or celebrity divorces, they may say that they want more “quality news.”

Audiences prefer stories with a personal angle – say, detailing an affected individual’s fate – rather than reports on ongoing conflicts in the Middle East or city hall coverage

When newsrooms indulge readers’ worst impulses, the consequences are far-reaching. Media are integral to support accountability by anyone wielding power or influence and to mobilize civic engagement. Democracies, in particular, depend on voters being well informed about pressing issues. News organizations thus have a responsibility to report on serious topics, from political corruption to climate change, even if they are unpleasant.

That does not mean that readers’ complaints about the media’s negativity bias should be disregarded. On the contrary, if people are to be motivated to confront challenges that are shaping their lives, they should not be made to feel powerless.

This is where so-called solutions journalism comes in. By balancing information about what needs changing with true stories about positive change, news organizations can fulfil their responsibility both to inform and to spur progress. This means occasionally recognizing that over the long term, living standards have improved globally.

Reconnecting with audiences will also require media organizations to broaden their perspectives. In much of the West, it is largely white, male, middle-class journalists who decide what to cover and how. This limits the news media’s ability to represent diverse societies fairly and accurately.

In fact, only 29% of Digital News Report respondents agreed that the topics the news media choose “feel relevant” to them. A joint study by the Reuters Institute and the Johannes Gutenberg University in Mainz, Germany, indicates that the key to increasing this share is to increase diversity in newsrooms.

At the same time, news media need to do a better job of contextualizing and otherwise explaining the news. While 62% of Digital News Report respondents feel that media keep them apprised of events, only half believe news outlets are doing enough to help them understand what is happening. At a time when nearly one-third of people think that there is simply too much news being reported, the solution seems clear: do less, better.

This means listening to readers, not just studying the data analytics. It means balancing good news with bad news, and offering clarifying information when needed. It also means representing diverse perspectives. Media organizations that do not make these changes will continue to lose trust and relevance. That is hardly a sound strategy for convincing consumers that their work is worth paying for.