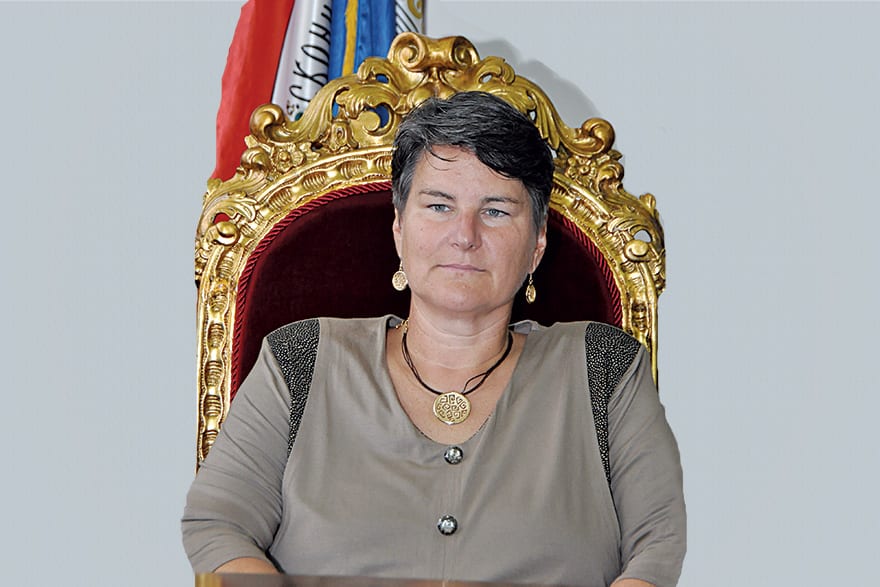 Ivanka Popović, Ph.d. Chancellor of the University of Belgrade

We will remember the year behind us for the creation of very significant new international academic partnerships, for the setting of standards in cases of possible academic dishonesty and the adoption of laws that should improve the state of science in Serbia and advance the work of researchers. I expect us to also continue advancing in 2020.

The year that’s coming to end certainly hasn’t been a routine one, while it remains to be seen whether it was a revolutionary one. I’d rather talk about evolution than revolution. The past year has been significant for the University of Belgrade for many reasons. The Republic of Serbia became a programme country of the Erasmus+ programme, and the University of Belgrade, along with several other higher education institutions in Serbia, received the Erasmus Charter for Higher Education.

Transitioning from the status of partner country to programme country has created opportunities to increase the number of students, teachers, researchers and associates who will participate in international exchanges with foreign universities. The Law on the Science Fund and the Law on Science and Resear ch have been adopted, which provide an opportunity to improve the state of science in Serbia and to ensure the work of researchers under more dynamic conditions.

We Joined The Alliance Of Research Universities, Which Strives To Create Academic Partnerships Dedicated To Top Quality In Teaching And Research. This Is An Exceptional Opportunity For The University Of Belgrade

During this year we’ve continued negotiations with the Ministry of Education, Science and Technological Development, in order to finally resolve adequately the spatial problems of several UB faculties. I believe that during 2020 we will see the launch of the construction of new facilities. Preparations are underway for the European University Games in Belgrade, which we expect thousands of student athletes from all European countries to participate in during July 2020. This occasion will also see the University of Belgrade host the Chancellors’ Conference on University Sport, at which we host around 150 European university chancellors.

The previous period has seen the University of Belgrade devote a great deal of attention to developing procedures for cases of possible academic dishonesty. We finalised several such cases during this year, with which we demonstrated that UB can successfully address and overcome negative phenomena. In 2020 I expect UB to continue progressing and to use its activities to fulfil its role as a university of national importance.

Ivanka Popović, Professor At The Faculty Of Technology And Metallurgy Of The University Of Belgrade

Fear Of ‘The Other’ Is At The Root Of All Conflict

She served as rector of the University of Belgrade in her last term and displayed the required decisiveness and strength to preserve this institution’s...
Read more

VI international MITECO Forum gathered local and international experts who has participated in a hybrid form of Forum (online and offline panels). They have...
Read more

Rector of the University of Belgrade

We are confronted by two challenges prior to the start of the new academic year: maintaining all forms of teaching and testing of knowledge....
Read more

Ivanka Popović PhD, Rector of the University of Belgrade

Despite the modest conditions under which it operates, the University of Belgrade's inclusion on the list of the world's top 500 universities is an...
Read more

Sanctions Against Russia & Their Economic Repercussions

We Have Enough Worries Without Poor Decisions

Prior to making a political decision on whether or not to impose sanctions against Russia, the new Government of Serbia would have to conduct...
Read more