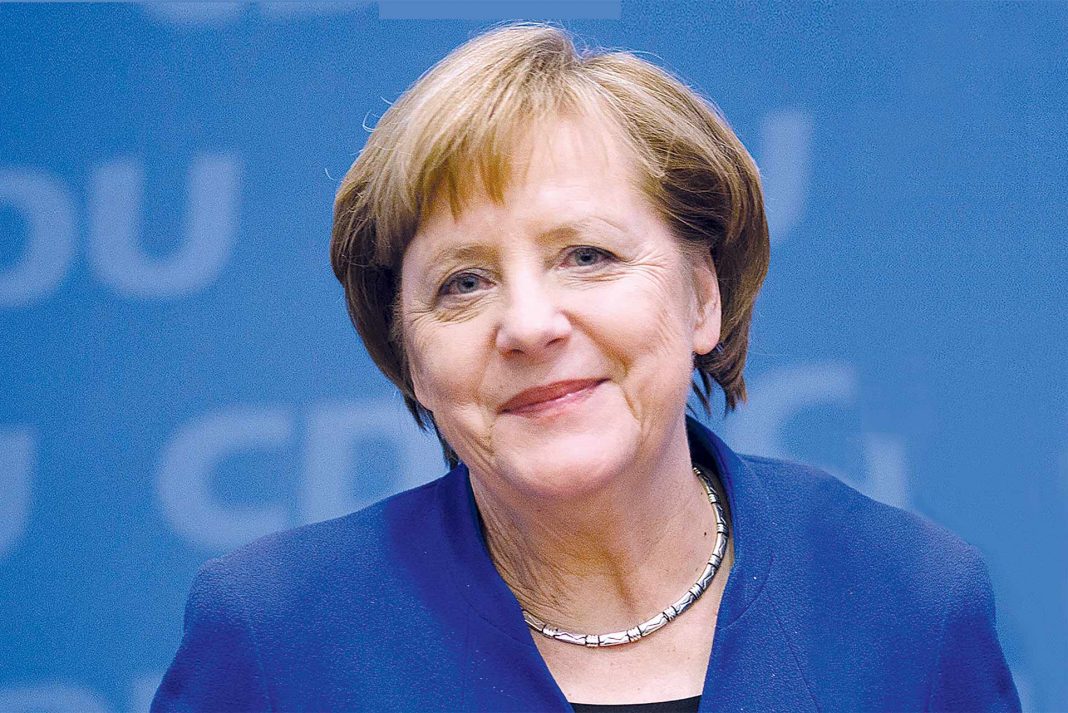 Since 2005, Germany’s Chancellor Angela Merkel has been one of the most stable and enduring of political forces, both in Europe and on the global stage. During her 16 years as leader, she has won four elections for her conservative Christian Democratic Party (CDU), faced the European refugee crisis, the global coronavirus pandemic, the threat of European populism, and challenging leaders such as US President Donald Trump and Russia’s Vladimir Putin.

In September 2021, when the German elections will be held, one of the longest serving leaders of postwar Europe will leave office. She does so having steered Germany from being a “sick man of Europe” to becoming the world’s fourth largest economy.

She leaves her country and Europe with her own singular brand of “Merkelism”: the pragmatic politics of the centre marked by managing alliances and eliminating rivals; a considered pro-Europeanism and a belief in transatlantic relations; and a specific form of at times indecisive incrementalism.

SHE ‘WAITS AND WAITS’

For sociologist Wolfgang Streeck, Merkel is a postmodern politician with a premodern, Machiavellian contempt for both causes and people.

Educated in the communist former East Germany (DDR), she mastered the art, claimed biographer and Der Spiegel deputy editor-in-chief Dirk Kurbjuweit, of governing by silence, being cautious, and at times inscrutable, with her words:

She waits and waits to see where the train is going and then she jumps on the train.

In 2003, she pushed her conservative party into the choppy waters of deregulation and neo-liberal economics, a move that almost lost her the election to the Social Democrat Gerhard Schröder, another market “reformer” who arguably set the conditions she would thrive in. After becoming chancellor, she proceeded to clean the party stables of neo-liberals and become a key centrist, with the assistance of the Grand Coalition comprising the remains of the Social Democratic Party (SDP).

In domestic policy, she abolished military conscription, accepted, after initial reservation, single-sex marriage, and supported the introduction of a minimum wage in 2015. In approaching COVID-19, she demonstrated enviable skills in crisis management, leading to approval ratings of 72%.

Crisis management also marked her European policy, notably in saving the euro during the global financial crisis of 2009. But this came with its costs, with Merkel devoted to balancing the books and maintaining tight budgets to preserve the monetary union. Indebted countries such as Greece risked bankruptcy and a possible exit from the Eurozone.

Merkel, through her stern Finance Minister Wolfgang Schäuble, insisted on austerity measures in bailout negotiations. Greece would eventually be aided at the expense of its financial sovereignty.

MERKEL’S ABILITY TO MORPH HAS SERVED HER WELL

Throughout her chancellorship, Merkel has been able to change course abruptly to suit the political mood. Having convinced the Bundestag that phasing out nuclear energy born from the Red- Green coalition of 2001 was bad (an extension of operating times by eight to 14 years was proposed), Merkel proceeded, in the aftermath of the 2011 Fukushima Daiichi nuclear disaster, to order the closure of eight of the country’s 17 nuclear plants with a despot’s urgency.

This became the prelude to the policy of Energiewende, the “energy transition” aimed at phasing out all nuclear power plants by 2022 and a sharp shift towards decarbonising the economy.

For sociologist Wolfgang Streeck, Merkel is a postmodern politician with a premodern, Machiavellian contempt for both causes and people

Merkel the shape-changer was again on show during Europe’s refugee crisis. She showed much initial enthusiasm in 2015 for new arrivals, ignoring both German and EU law mandating registration in the first country of entry into the EU before seeking resettlement within the zone. Refugees gathered in Budapest were invited into Germany as part of “showing a friendly face in an emergency”.

This friendly face did not last long. A riot marked by rampant sexual assault at Cologne Central Station on New Year’s Eve in 2015, a good deal of it captured on smart phones, served to harden her approach to the new arrivals. She promised more deportations and reining in family reunification rules.

GERMANY’S PLACE IN THE WORLD

In various areas of foreign policy, Merkel has also left her centrist, and at times inconsistent, mark. Russia’s annexation of Crimea in 2014 led to her persuading the EU to impose sanctions on Moscow.

She has also been a critic of Putin’s human rights record, notably towards dissident and opposition figures. But such human rights criticism comes with limits. The controversial Nord Stream 2 gas pipeline, which will increase German dependence on Russian energy, has not been stopped.

Towards China, the chancellor has also taken divergent, at times eyebrow-raising approaches. The security risks of Chinese 5G telecommunications have been rebuffed, with Germany making an agreement with Huawei to build 5G networks in the country subject to safeguards. Merkel was also instrumental in pushing through an EU-China investment deal, despite criticism of Beijing’s human rights record towards Hong Kong protestors and the long-suffering Uighur minority. As Judy Dempsey observes, “Merkel’s support for human rights and the rule of law doesn’t square with her policy towards China”.

Like Merkel’s mentor Helmut Kohl was to discover, staying power is never eternal. Kohl lasted eight years as chancellor of West Germany before leading a united Germany for another eight. It is worth recalling who laid the final, cleansing blow to Kohl’s leadership in the wake of the anonymous donations scandal known as the Schwarzgeldaffäre: a certain Angela Merkel’s December 1999 contribution to the Frankfurter Allgemeine Zeitung calling for her former patron’s resignation and political banishment. “I brought my killer,” reflected Kohl ruefully. “I put the snake on my arm.”

Merkel has also found that power, in time, wears out those who wield it. Critics, such as Friedrich Merz, former leader of the chancellor’s parliamentary caucus, and Roland Koch, former minister president of Hesse, became bolder. Interior Minister Horst Seehofer was particularly critical of Merkel’s refugee policies.

The far-right Alternative für Deutschland (AfD) now has a foothold in all 16 regional parliaments. The Greens have been polling strongly, while the Left Party and Free Democrats have doggedly maintained their presence. The day after the poor showing in the state elections in Hesse, Merkel announced she would not be seeking reelection as leader of the Christian Democrats. Nor would she be running again as chancellor in 2021.

Now, the CDU has another leader, Armin Laschet, who is very much committed to the centrist brand of politics Merkel made famous. Whether he becomes the next chancellor is far from assured. Markus Söder, the Bavarian premier, is far more popular.

However, Laschet’s presence suggests that Merkelism, despite the departure of the leader many Germans call Mutti (mother), will continue in some form.

By Binoy Kampmark, The Conversation

Annalena Baerbock, the co-president of the German Green Party, will take over the position of the Minister of Foreign Affairs of Germany, and thus...
Read more