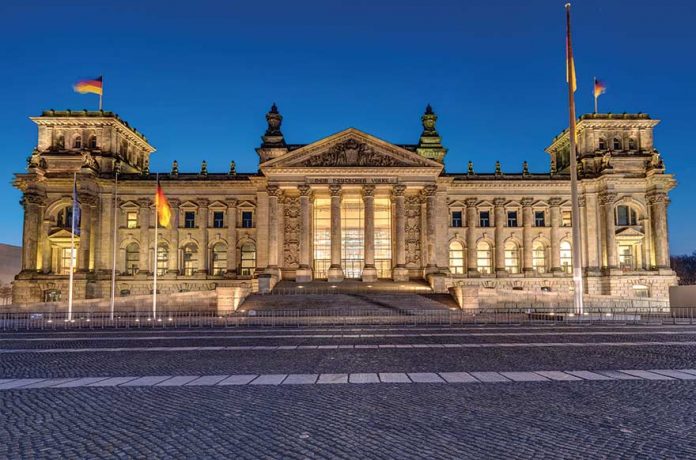 While we are celebrating many events and factors that make German-Serbian bilateral relations stronger, history might also be in the making. This largely depends on how the new Serbian government and parliament will deal with current accession issues

Long before the pandemic turned our world upside down, it was well known that 2020 would be a year packed with historic events. Included among them are undoubtedly the anniversary of three decades of the reunification of Germany, a jubilee passionately debated both within German borders and around Europe. Here in Serbia we are marking half of the century of the work of the Goethe-Institut and preparing for the celebration of two decades of the existence of the German-Serbian Chamber of Commerce, technically in 2021. All of these events seek a different size and scope of thorough contemplation, and fresh ideas about what to do next.

Even without different kinds of jubilees, the year itself could have been remembered as an historic one, both at the global level and at the level of national economies. Early 2020 was marked by acceleration of the trade war between U.S. and China, troublesome Brexit negotiations and, as a consequence, a slowdown in global economic activity. This gave everybody a headache – from strong economies like that of Germany, to the much smaller ones, such as the Serbian, which is strongly dependent on its largest trade and investment partner.

Then the pandemic emerged, ensuring – among other things – that Germany’s EU presidency would a very difficult period in which many historical moves had been, and still have to be, taken. The list is already long: an agreement on the multi-annual financial framework for the EU for the next seven years, plus an additional package of 750 billion euros aimed at helping the recovery of the European economy. The further complication of negotiations with the UK, as well as the most important topic for our part of the world – the future of the EU enlargement process.

It seems that 2020 might become an historic year in Serbian records, as the one in which no negotiation chapters were opened. However, things may look up before Germany’s EU presidency ends

As such, 2020 might prove to be an historic year for the region. There are several reasons for that: first, the EU strongly demonstrated its interest in the region during the crisis. This was demonstrated by EU financial support of €3.3 billion to Serbia and rest of the Western Balkans; activation of the Union Civil Protection Mechanism during the time of the pandemic and the expected inclusion of the region in the EU developmental package including the a European Green Deal.

For their part, North Macedonia and Albania are right in the middle of their preparations for accession talks, which is an important milestone, while Serbia itself has the possible momentum required to galvanise its somewhat stalled accession negotiations.

Indeed, such a shift seeks significant effort from the new Serbian government and parliament to embrace a faster pace of reforms, in terms of the rule of law and, in particular, judicial reform, media freedom and the fight against corruption. As German Ambassador to Serbia Thomas Schieb put it: “the more progress on the rule of law, the more chapter openings are possible.”

Furthermore, there is obviously the issues of the normalisation of relations with Kosovo, as well as the general alignment of Serbia’s foreign policy record with that of the EU.

One also has to keep in mind that 2020 might be an historic year in Serbian records as the one in which no chapters were opened. Yet, as the clock ticks, space for optimism still lingers in the air.

Consequently, this edition of CorD, in which we address all of the aforementioned issues and many more, might become an important piece of evidence on how history has turned, one way or the other.