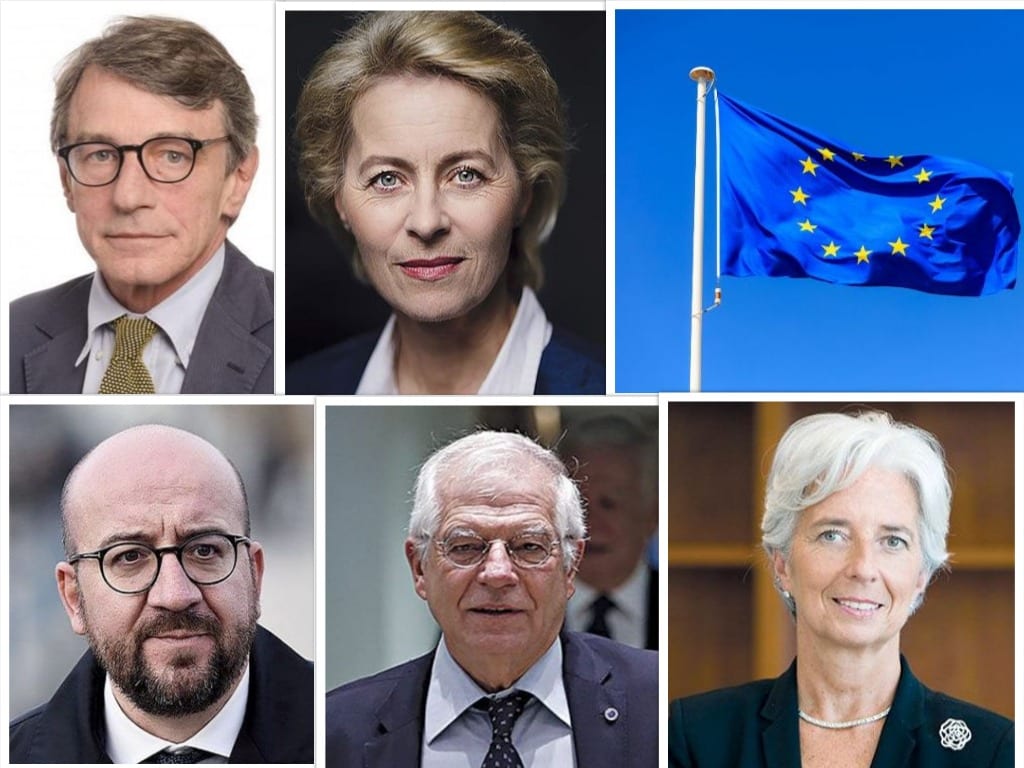 Ursula von der Leyen (1958) is a German politician from the Christian Democratic Union (CDU). She has served as German defence minister since 2013, representing the first woman to hold that function. She’s also the only minister to have served in all four governments of German chancellor Angela Merkel. From 2005 until 2009, von der Leyen was a minister of family affairs and youth, while from 2009 until 2013 she served as minister of labour and social affairs.

Von der Leyen is the daughter of a European official (director-general) at the European Commission who served from 1958 – the year the commission was established – onwards. Born in Ixelles, Brussels, she lived there until she was 13 years old, when – in 1971 – her family moved to Lower Saxony, where her father was prime minister from 1976 until 1990. Von der Leyen graduated as a doctor of medicine in 1991.

Von der Leyen was Merkel’s 2010 candidate for the presidency of Germany, but her candidacy was blocked by a more conservative section of the CDU/CSU coalition. In 2015, when Hungary deployed water cannons and tear gas against refugees at the Hungarian-Serbian border, Von der Leyen called the measures of prime minister Victor Orban “not acceptable and against the European rules we have”. Von der Leyen is a convinced European federalist, favouring the formation of united states of Europe and a European army in the long term.

Charles Michel (1975) is the prime minister of Belgium. The son of Louis Michel, a former European commissioner for development and humanitarian aid, Michel served as Belgian minister for development aid in four different governments from 2007 until 2010.

One of those governments was headed as prime minister by Herman Van Rompuy, who became the first president of the European Council, serving from 2009 until 2014. Michel resigned as a minister in 2010, in order to become president of the Belgian francophone liberal party, Mouvement Reformateur (MR). It was in this position that he negotiated the formation of the Belgian government in 2014. Michel became prime minister of this government in what were, for Belgium, rather extraordinary circumstances.

While the Flemish side of the government consisted of three parties, the MR was the only party on the francophone side. The government eventually collapsed when the largest Flemish party, NVA, withdrew from the government on December 2018, when Michel signed the UN Global Compact for Migration with the support of the two other Flemish parties. The government continued functioning without a majority in the parliament until the elections of May 2019.

Belgian political insiders characterise Michel as not being a visionary, but a dealmaker – a quality you cannot do without if you want to lead a complicated country like Belgium.

Von der Leyen is a convinced European federalist, favouring the formation of a united states of Europe and a European army in the long term

Italian member of Parliament David-Maria Sassoli, 63, was elected the head of the European Parliament for the next two and a half years. 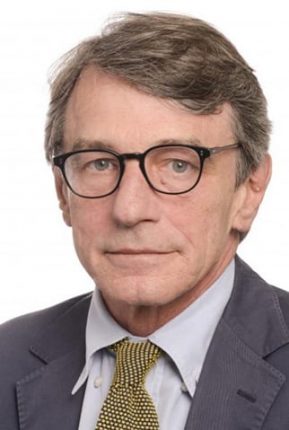 Sassoli is a former journalist and has been a lawmaker in the EU parliament for a decade.

He was put forward by the Progressive Alliance of Socialists and Democrats. Sassoli will replace Antonio Tajani in the role similar to a chairperson.

In his inaugural speech, Sassoli urged Europeans to counter the “virus” of extreme nationalism and called for a reform of EU rules on migration and political asylum.

He said negotiations with Britain over Brexit should be carried out with “good sense and a spirit of dialogue and friendship”.

“For us, it is painful to conceive of London far from Paris, Madrid, Berlin, Rome,” he said. Parliament’s backing is necessary to finalise the deal over Britain’s withdrawal from the EU.

Spain’s 72-year-old foreign minister, Josep Borrell, is making his return to high-level EU politics after having led the European Parliament between 2004 and 2007. Prior to taking on the post of EU foreign policy chief, he stood out for his leadership of EU diplomacy on the Venezuela crisis and by campaigning against Catalan independence. He has also mocked “cowboy” U.S. President Donald Trump for threatening military intervention in Caracas and proposing to build an anti-migrant wall across the Sahara.

Borrell rose from humble origins, as a baker’s son in a village in the mountains of north Catalonia. During his youth, he also worked on building sites, farms, and restaurants and vineyards. He trained as an engineer in Madrid and earned masters degrees in both the U.S. and France.

He joined the socialist party, the PSOE, in 1975 and entered politics in 1979, becoming a councillor in Madrid. He went on to hold the posts of finance secretary of state and minister of public works and transport, before taking over the helm of the party in 1998. His finance stint saw him battle a flamenco star, Lola Flores, in a famous 1980s tax-evasion case, but he later stepped down himself as party head after a fraud investigation and more recently was fined €30,000 for insider trading in an energy firm.

Borrell also represented Spain on the convention which drafted the defunct European constitution in 2001, where he was credited with helping keep references to Christianity out of the charter. Also an advocate of LGBTI rights, he said at the time: “When it comes to democracy, human rights and equality, God is a recent convert. He was comfortable with slavery for centuries”.

Christine Lagarde has become known as the “rock star” of international finance. A former French cabinet minister, she has headed the International Monetary Fund (IMF) since 2011 and will step down as its managing director on 12th September.

Provided the European Council approves her ECB nomination, she will become the central bank’s first-ever female leader, responsible for the euro and the monetary policy of the eurozone.

This “rock star” of international finance, now 63, began her career as a lawyer, before moving into politics. She served in various ministerial posts under Nicolas Sarközy before being elected as the first female boss of the IMF – replacing Dominique Strauss Khan.

Dina Boluarte became Peru's first female president after her former boss and predecessor, Pedro Castillo, was ousted and then arrested for trying to illegally...
Read more