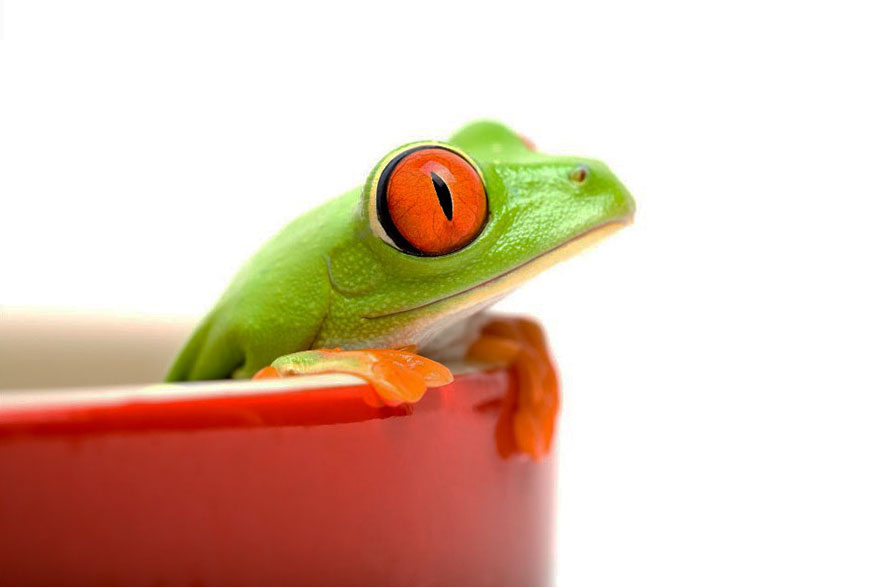 Swallowing frogs isn’t Vučić’s metaphor, but rather Zoran Đinđić’s. And no matter how well boiled those amphibians might be, frogs that need to be swallowed are still frogs. Đinđić said that the biggest frog must be swallowed first – extraditing Milošević to The Hague Tribunal was perhaps the biggest frog – and it was raw. Vučić (together with Dačić) did swallow the Brussels Agreement like a frog, but Đinđić, Živković, Kostunica and Tadić spared him from swallowing frogs with The Hague. Without an ounce of cynicism, it would probably be easier for Vučić to impose sanctions on Putin than it would be for him to extradite Ratko Mladić to the ICTY.

Regardless of the fact that he used election night to compare himself to Nikola Pašić, the longest-serving (and allegedly most cunning) Serbian politician, Vučić still hasn’t offered the Serbian public Pašić’s famous opinion “there is no salvation for us, yet we will not perish”, but rather discreetly turns to Đinđić to insist that it looks as though the frog must be swallowed.

And how that big, raw frog should be cooked is a propaganda matter. Such an undertaking still requires some kind of social consensus. Hence the story of the unfinished Belgrade election, their legitimacy and the possibility of scheduling new ones, represents an ideal occasion for the sensational coming together of Vučić and pro-European opposition leader Dragan Đilas. Some uninformed folks – judging purely on the basis of the long-term rhetoric and scorched earth propaganda campaign of Vučić’s agitprop media – would think that Vučić and Đilas are arch-enemies. Not so. In fact, on the contrary, they were in an informal coalition in 2011/12, when the Progressives were heading for government and hoping to jointly change Serbia for the better.

During the election campaign, Vučić compared Serbia’s neutrality to the defiant Gallic village from the comics of Asterix the Gaul. However, he overlooked the main point: the defiant Gauls had a magic potion to give them the strength to display such a degree of sovereignty, or rather, Vučić – with all his foreign policy reach, marketeers and propaganda experts – doesn’t have his own Getafix druid to make that potion that Obelix fell into a vat of when he was little. And during the ‘90s, instead of a secret magic potion, we had only ‘Tesla’s secret weapon’. And many who vote for Vučić today believe that, if we were hit by a panicked situation, the ‘Ellipton’ secret weapon, which recently departed Russian politician Vladimir Zhirinovsky didn’t deliver back then, would finally arrive.

Vučić likes to quote pompously and in a broad range – everything from Webber’s Protestant Ethic, via Leibniz’s Principle of Sufficient Reason to Ayn Rand’s Objectivism. Though he hasn’t cited them in public, Vučić acts on the principle of Tito’s words – “We work as though peace will last a thousand years, while we prepare as though war will come tomorrow”.

For the first time in history, a clear majority of Serbian citizens oppose the country’s EU accession, according to research conducted in April by agency Ipsos. Analysts note that the reason for this is the pressure being applied on Serbia by the EU related to the imposing of s

A total of 34.9% of citizens would now support Serbia’s EU accession in a referendum, while 43.8% would be opposed.

This finding should be combined with Demostat’s recent survey, in which half of respondents expressed their support for Serbia’s neutrality, even if it comes at the cost of sanctions similar to those from the 1990s being imposed against Serbia. This indicates that the country’s much-lauded neutrality is merely a euphemism for the nation’s pro- Russian stance.