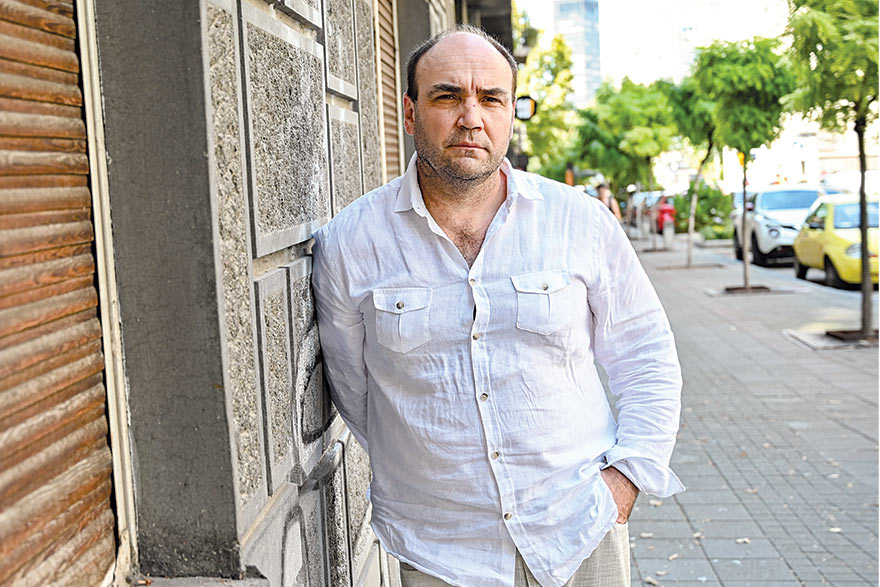 How Can One Escape the Balkans?

For postmodern historians, the war in Ukraine was proof that Austro-Hungary has not yet even properly fallen apart (never mind the USSR), while we in the ‘Region’, as a euphemism for the Yugosphere (Tim Judah), don’t need postmodernism to doubt whether Yugoslavia has fully collapsed

That’s because, let us not forget, when writing about the crisis of YU federalism, Zoran Đinđić warned that a candle can burn at both ends. Who can swear that the other end has burned down? And that the EU, even if optimised towards Macron’s leadership, will sanitise – more successfully than Tito – the consequences of interethnic wars and synchronise taboo narratives and identities.

Bulgarian Prime Minister Boyko Borissov is capable of speaking to the background of the cult book of his compatriot Marija Todorova, Imagining the Balkans – that Balkan countries shouldn’t accept stereotypes about (self ) Balkanisation as a primeval state of barbarism, rather about the Balkans as being part of a Europe which, in many of its parts, had more friction and slaughter than that of the Balkans.

Every well-versed foreigner will tell you that Bosnia is a more dangerous problem than Kosovo. An alternative to the Dayton Peace Agreement is to create one Gaza Strip and two Transnistria regions, which is a process with risks that can be transferred from the Dayton levelling, not just from the Dayton neurosis.

The Region is filled with absurdities: is it possible that the staff of outgoing Croatian president Kolinda Grabar Kitarović didn’t know that the man who turns out to be her successor – Zoran Milanović – served his national military service in Belgrade, in the Guard that had, until a few years earlier, been Tito’s; and that the national leaders of Serbs in Montenegro and B-H, Andrija Mandić and Milorad Dodilk, had – back in 1990 – been supporters of the Reformist (supranational and integrationist) forces of the last Yugo Prime Minister Ante Marković? Grabar Kitarović boasted of having pulled Croatia out of the Balkans, which she identifies with what Croatian Democratic Union ideologue Davor Ivo Stier describes as Serbia’s ‘unitary instinct’. However, paradoxically, it is precisely the policy of enlargement that gives particular weight to Croatia, which has been presiding over the EU since 1st January.

Let us recall that immediately after the 2014 Western Balkans Summit in Berlin came Bled, with the topic ‘How to Improve regional cooperation’, at which Ivica Dačić, as then Serbian Prime Minister, was assured that Croatia would not cause problems for Serbia on its route to the EU. At the time that sounded insincere, while today it sounds slightly surreal, despite the principled support that given to the unintegrated Balkans by Croatian Prime Minister Plenković. Enlargement still seems like a collage of illusions, though the longing for it has become a virtually inclusive (humanitarian) issue.

The leader of the Serbian Radicals and former Hague defendant Vojislav Šešelj said long ago that America and the West would use Milo Đukanović, then release him to head downstream, just like Panamanian dictator Noriega. The process has for many become frustratingly strained.

Montenegro has, in the clashes of the two factions of the DPS and Đukanović’s victory, changed more than Serbia after any sort of ‘fateful’ elections. That is at least in terms of what American sociologist Talcott Parsons called the ‘general direction’. Đukanović made risky moves and gained – from his parting of ways with Milošević, via the independence referendum and recognition of Kosovo, to NATO membership. The controversial Freedom of Religion Act seems to be the greatest tribulation prior to the end of the journey.

Đukanović understands Serbia’s emotions regarding Kosovo, but he told Serbia long ago – whether with good intentions or cynically – to stop fighting battles long since lost. Those battles were of course lost even if they were fought symbolically only in the manner of the Serbian politics of the late 1980s and ‘90s, which is the soft underbelly of both Serbia and Serbs in the Region.