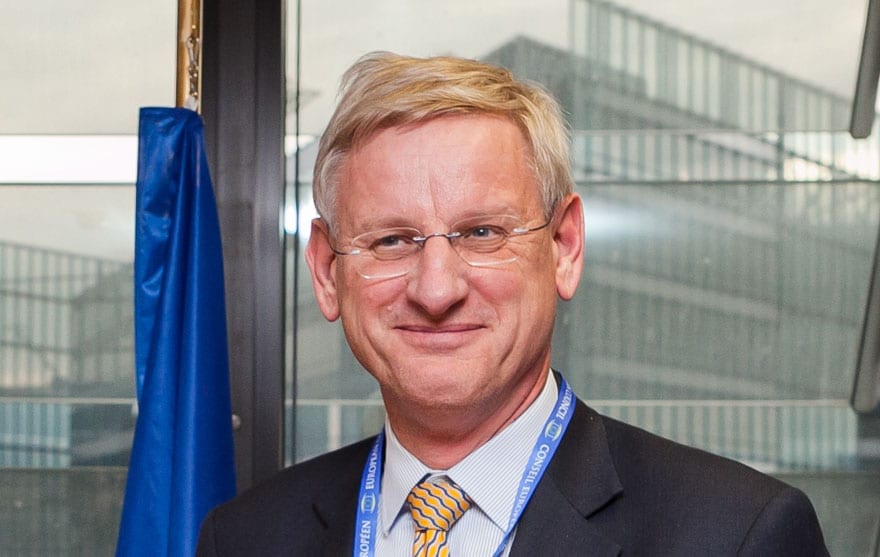 Travelling through Germany in the run-up to its federal election on 24th September, one cannot help but be struck by the lingering signs of profound trauma from the 2015 refugee crisis.

Suddenly and virtually without warning, nearly a million desperate people – mostly Syrians fleeing the carnage in their homeland – flocked to Germany. And while Germany may be Europe’s most bureaucratically well-managed country, even it was overwhelmed.

German Chancellor Angela Merkel’s response to the crisis two years ago was to throw out the rulebook and open her country’s borders. She famously told the German people, “Wir schaffen das” (We can do it).

But German public opinion today suggests that the country has become warier of such bold gestures. Yes, Germany did it, because there was no alternative; and many Germans are proud of their country for rising to the occasion. But most hope that such a crisis never happens again.

Although many Germans have come to terms with what happened two years ago, a small minority still feels betrayed. They have responded with anger and xenophobic nationalism, and these sentiments will undoubtedly be reflected in how they vote.

But Germany’s trauma from the refugee crisis should be put into perspective. Far more refugees have sought and found protection in countries like Lebanon and Turkey than in Germany. In relative terms, Germany would have had to take in 20 million refugees to match Lebanon in 2015. In Turkey, Istanbul alone is now hosting more refugees than the whole of Germany.

Of course, Germany is not the only European country that remains unsettled by the refugee crisis. In my own country, Sweden, a political party that wants to shut us off from the rest of the world will most likely make strong gains in next year’s general elections. And in many Central European countries that only recently regained their sense of sovereignty, refugees are widely viewed as posing a threat to national identity.

One way or another, these issues will dominate European politics in the years ahead. Europe is slowly trying to build up resilience to the kind of trauma it experienced in 2015. It is a continent that once exported war and turmoil, but that now wants to protect itself from its neighbours’ problems.

The EU must replace lofty rhetoric with concrete action, while also accepting its regional and global responsibilities

One of the lessons from 2015 is that the European Union will need to develop a far stronger common foreign and security policy. The EU must replace lofty rhetoric with concrete action, while also accepting its regional and global responsibilities. Barbed wire fencing between Hungary and Serbia will not shield Europe from the effects of war in Ukraine, putsches and terrorism in Anatolia, or violent conflagrations in the Levant and Mesopotamia. And it will not help Europe manage the dramatic shift now underway in Africa, which will be home to 40 per cent of the world’s working-age population in a few decades.

Another lesson from 2015 is that European countries must learn to redefine their national identities. The United States, Australia and Canada have all been built on immigration, and most of us are the progeny of people from somewhere else. Indeed, there is not much left of the “first nations” in these countries. It is now entirely possible for there to be more people of Swedish descent in Chicago than in Stockholm.

To be sure, Europe is different from its Western counterparts. Its tribes have been fighting one another for millennia. And for the past two centuries, Europeans have been building ever-stronger nation-states and national identities on the basis of long, complicated historical experiences.

The EU itself was, of course, built by nation-states. But their citizens wanted to overcome their long legacy of tribalism and war. Judged by that objective, the EU’s first half-century has been a tremendous success. And yet the strains are there for all to see. Whether justified or not, when people perceive a threat to their national identity, their tribal instincts kick in. And for a truly frightened few, Brussels and Mecca have both come to be seen as mortal threats.

For Europe to find its place in a rapidly changing world, its citizens will have to learn to tap multiple identities. One can be a proud Swede and a proud European at the same time; one can also be both German and Turkish and derive strength from that duality. It is not disloyal to see oneself as a citizen of the world. On the contrary, it is honourable.

Such a shift in attitudes would make for a very different Europe. We would have finally moved on from ancient tribal conflicts and fears, and embraced a networked, digital future. Merkel, who will likely be elected for another four-year term as chancellor on 24th September, told Germans that they “can do it”. But whether Germany and the rest of Europe will do it remains to be seen. We have our work cut out for us.

“Koštunica 2.0” Isn’t A Realistic Scenario For The 2022 Opposition Candidate

The opposition requires an authentic candidate for the present juncture, one who understands current problems and is ready to articulate the interests of citizens...
Read more

The Myth Of A Neutral Leader

It would be difficult for the opposition to justify the idea of a neutral leader as an engine of mobilising voters who’ve abstained for...
Read more

Serbia Is Tired Of Leaders (For A Second Time)

Serbia needs high-quality political and development programmes, not unbridled trust in a specific person, to whom they attach all of their hopes, only for...
Read more

The European Investment Bank (EIB) published the autumn 2021 edition of its CESEE bank lending survey. The reportinvestigates the...
Read more