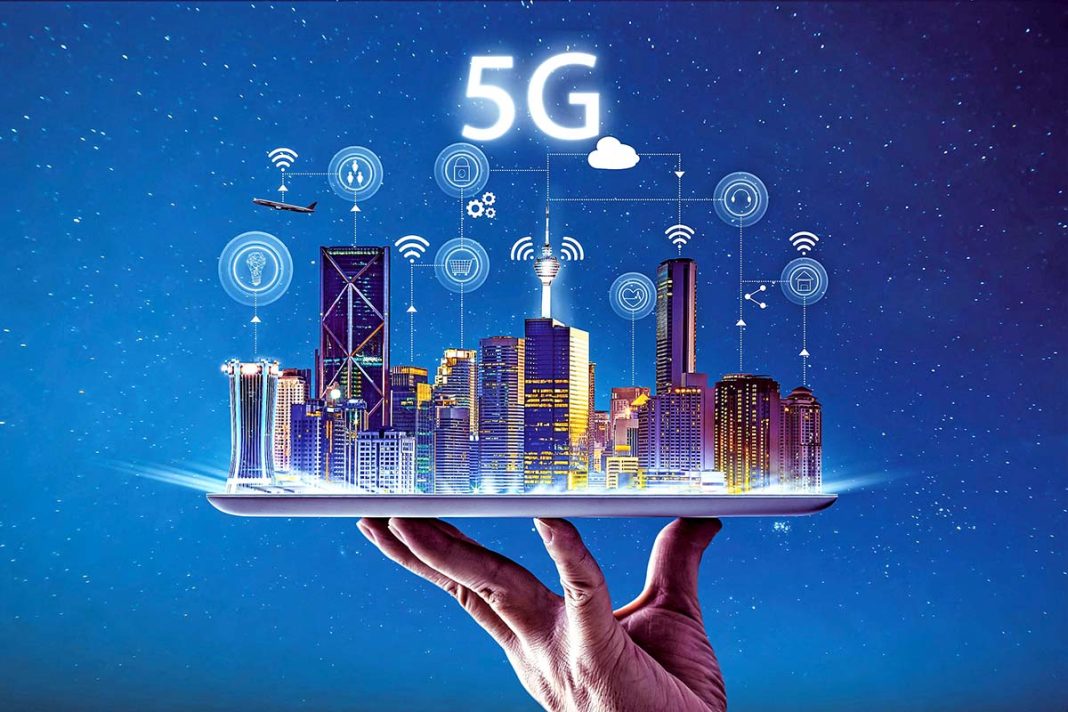 Digital Agenda For The Western Balkans And Eurointegration

For development in the Western Balkans, it is important to follow the EU strategic framework for the digital agenda in the long term, while harmonising the interests of the countries’ economies. The joint work of Western Balkan representatives ensures an exchange of experience and knowledge, which is good preparation for EU membership

The imperative of modern science is in its application, which is why science has entered deeply into the needs of industry. 5G is part of the industrial revolution 4.0, making a major contribution to its application in almost all branches of industry. The concept of 5G is based on the need to increase the speed of information transfer, greater mobility, enormous capacity and, crucially, small delays (at the level of human perception) of the order of a millisecond. Given the stated and fulfilled requirements, the following are possible applications of 5G:

Video transmission that requires high throughputs and shows sensitivity to variations in delay, but not to the magnitude of constant delay.

Control and management of automated processes are based on interactive user access or fully automated processes, with strict requirements for signal delays. The most complex automatic control is in the movement of driverless vehicles. Associations of car manufacturers are intensively testing such vehicles, based on the collection of information from interconnected vehicles on the road and data generated by servers at checkpoints along the road. Delays to data generated in this way must be extremely small, and the signal transmission must be highly reliable. The data is stored in a computing cloud distributed along the road. 5G networks need e a densely connected (capillary type) optical network for signal transmission, i.e. to exchange large amounts of data. The automotive industry in the EU is already installing devices intended to increase the safety of automated vehicles, which use a radio frequency range known as G5.

Serbia was the only non-EU country to sign a memorandum of cooperation and participated in preparing plans for testing cross-border passage of automated vehicles with two EU member states.

Automation of processes in closed systems (production halls, mines, warehouses, ports, airports), due to the possible collision of moving objects, requires small delays. Movements of objects take place in a limited space, creating conditions for the introduction of vertical operators (manufacturers, ports, construction sites, etc.). A part of the radio-frequency spectrum is usually set aside to be auctioned for these purposes in which the frequencies are used in a limited area, enabling their reuse in more distant places. Serbia has provided a portion of the 100 MHz band for use in limited areas. Vertical operators can be either independent operators, or engaged operators of public mobile systems, or a combination of the two.

Serbia was the first to release the 700 MHz band when digitalising the transmission of the television signal, but unfortunately it has not yet announced an auction for issuing licenses to use this part of the spectrum. Hesitation on the introduction of 5G is a loss for industry and the overall development of society

Telemedicine applications in the 5G environment are particularly interesting for remote operations, where a surgeon from a remote location controls a robot, while making decisions based on video with extremely low latency.

The radio frequency bands intended for 5G systems were finally adopted at the World Radio Conference in 2019, after harmonising the requirements (and interests) of the 193 ITU members and performing tests.

• The 700MHz band favours transmission in rural areas because it provides greater coverage and a smaller number of base stations, but unfortunately a smaller amount of data that can be transmitted.

• A higher frequency range (26GHz) provides small coverage (just a few metres), so it is often necessary to use a larger number of base stations. High frequencies ensure high flows making them suitable for urban environments.

• The 3.4-3.8 GHz band is a compromise between the size of the coverage area and the amount of transmitted data and is considered the most interesting “golden band” for 5G.

Serbia was the first to release the 700 MHz band while digitalising the transmission of the television signal, but unfortunately it has yet to announce an auction for licenses to use this part of the spectrum. Some Western Balkan economies have not even released 700 MHz yet, while Montenegro and North Macedonia were the first to hold auctions for the introduction of 5G systems.

Hesitation on introducing 5G is only a loss for industry and the overall dvelopment of society.

DIGITAL AGENDA FOR THE WESTERN BALKANS

In developing the Digital Agenda for the EU, a Digital Single Market (DSM) was defined, to provide better access to digital goods and services for consumers and companies. For economies that are preparing for European integration, DSM is a serious obligation, and the World Bank has defined an action plan for development of the Common Regional Market (CRM) for the period from 2021 to 2024. It was conceived as a “catalyst for deeper regional economic integration and a step towards the DSM”. The goal is to increase the attractiveness and competitiveness of the region, to place it on the global investment map and reduce differences between the CRM and the EU market. An important element in this is the areas of the digital region, which will integrate the Western Balkans into the pan-European digital market. Activities aimed at intensive development and better connection of broadband networks (fixed and 5G), towards the adoption of digital skills for all Western Balkan citizens, towards the development of the digital economy in the light of new ICTs and towards the strengthening of capacities for the introduction of trusted services have been elaborated.

Progress in developing the EU digital society is shown by the Digital Economy and Society Index DESI. Initially, it relied on five categories: connectivity (network), human capital, public digital services, internet use and integration of digital technologies. By weighting the values of the parameters that describe the status of individual categories, DESI is calculated for each of the EU member states.

TheresponsibleministryoftheRepublicofSerbia calculated the DESI index for the first time for the year 2016. At that time, only one EU member state had a worse result. In 2020, the regulatory agency for electronic communications showed that Serbia was more successful than nine EU member states.

The methodology for calculating the DESI index in the EU is changing. The last major changes were made in 2021, and according to these DESI is calculated on the basis of four (originally five) categories. The changes followed the Digital Compass defined by the EU to speed up the digitalisation process. It insists on: the adoption of digital skills, the introduction and use of public online services, Cloud technology and BigData services in the economy, gigabit internet access for everyone and the introduction of Cloud and large databases at network endpoints.

Adnane Bouhtouri, Second-Year Medical Student At The University Of Belgrade Faculty Of Medicine

Discovering The World In Serbia

I am Adnane Bouhtouri from the Kingdom of Morocco, a second-year medical student of the Faculty of Medicine at the University of Belgrade, one...
Read more