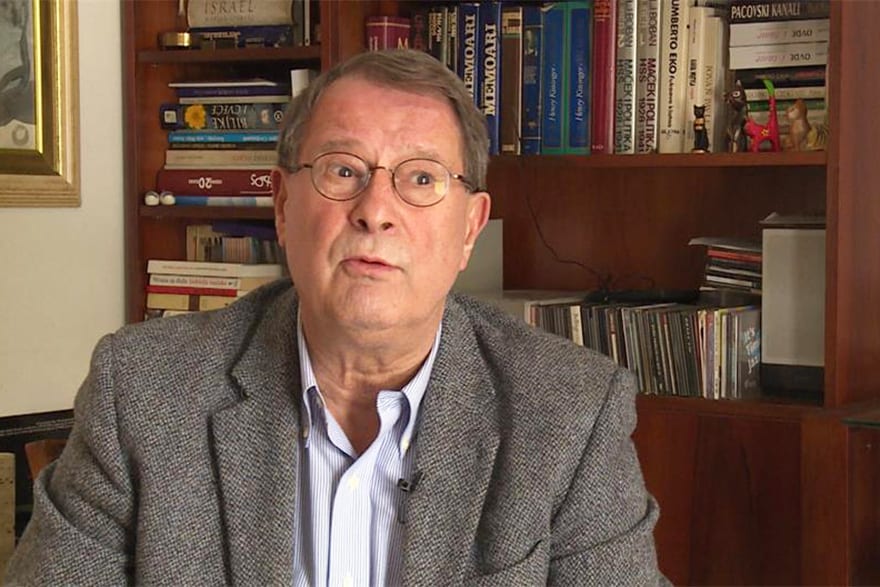 The unresolved conflict with Kosovo’s Albanians places Serbia on a cross between East and West, while on the domestic front the fact that the country is a candidate for EU membership is used as an excuse: how can a country reform while its national sovereignty and integrity are endangered?

The monotony that is interrupted by occasional incidents between Belgrade and Priština was recently shaken by a letter of U.S. President Donald Trump addressed jointly to Aleksandar Vučić and Hashim Thaçi. The short letter is seen as confirmation of the arrival of increased American engagement during times when the EU is failing to bring to life the postulates of the Brussels dialogue and is turning attention increasingly towards the upcoming May elections for the European Parliament.

Federica Mogherini, the outgoing High Representative of the European Union for Foreign Affairs, will have to reconcile herself with the fact that she won’t be sharing a Nobel Peace Prize with Vučić and Thaçi. The new candidate is Trump, who has announced that he will organise a peace accords ceremony on the lawn of the White House or Camp David like the one arranged by President Jimmy Carter in 1978 for the Prime Minister of Israel and the President of Egypt.

Is Russia ready to accept a solution to the Kosovo problem in a scenario written in Washington and Brussels? And, if so, at what price?

It is certain that the Americans are picking up the pace in the Western Balkans primarily in an effort to block the growing influence of Russia, which gives the Kosovo conflict a global dimension during this time of intensified East-West relations.

Serbian politicians could feel untroubled because of Moscow’s reassurances that it will accept every solution that’s agreed upon by Belgrade and Priština, but nothing’s quite that simple in diplomacy. The conflict has enabled Russia to present itself as a protector of Serbia, thus opening a channel of influence that Kremlin strategists wouldn’t want to close.

Russia most favours the status of a “frozen conflict”, which is an idea that’s supported by the majority of the Serbian public, but not President Vučić, who says that he is ready to face internal resistance that’s backed by right-wing clerical nationalists. Does this analogously mean that he’s ready to resist Moscow’s desires?

The arrival of Vladimir Putin in Belgrade could clarify some things, at least for his Serbian host: is Russia ready to accept a solution to the Kosovo problem in a scenario written in Washington and Brussels? And, if so, at what price?

Belgrade is reiterating its commitment to European integration, while this statement is generally accompanied by statements confirming that it also wants to develop relations with Russia and China and that it doesn’t intend to give up the concept of military neutrality – which means maintaining good cooperation with NATO, but without aspirations of membership.

It turns out that the Kosovo conflict is of critical importance to geostrategic commitments because it is causing the gradual distancing of Serbia from the EU as a result of Belgrade’s attempts to preserve Russia as its ally at all costs.

The level of alignment of Serbia’s foreign policy with the common foreign policy of the EU – regardless of how difficult it is to define – has fallen to below 50 per cent, which a significant drop compared to the period prior to the coming to power of Vučić’s Serbian Progressive Party in 2012, when it exceeded 80 per cent.

The cause of the decline: Belgrade’s consistent refusal to participate in Western sanctions against Russia and opposition to any EU declaration that directly or indirectly accuses Moscow of annexing Crimea or criticises its state of human rights.

The extent to which Kosovo is a key determinant of Serbian foreign policy can also be seen in the refusal to support EU documents criticising countries like Iran or Venezuela – all because those countries have refused to recognise Kosovo’s independence.

After having managed to quickly resolve the 27-year-long name dispute between Macedonia and Greece, the proverbially efficient Americans have also announced that the Kosovo issue will be removed from the agenda this year. There are many different interests that need to be harmonised along that route. Or this Gordian Knot needs to be severed bravely.