Empowerment Is The Creation Of Self

Women’s empowerment can be interpreted in many...
Read more

Over the recent past, eGovernment services have...
Read more

Digital Trust Is The Challenge Of The Decade

According to the latest estimates of the Geological Survey of Serbia (GZS), which were made in 2000, Serbia has...
Read more
1 April 2019
Facebook
Twitter
Email

Behind today’s populist upheavals is a widespread recognition that the economy no longer serves the public good, or even the interests of most of its participants. To understand why one must identify what has been lost amid so much material technological gain

Rather suddenly, capitalism is visibly sick. The virus of socialism has reemerged and is infecting the young once more. Wiser heads, who respect capitalism’s past achievements, want to save it and have been proposing diagnoses and remedies. But their proposals sometimes overlap with those who would tear the system down, making nonsense of traditional left-right distinctions.

Fortunately, Raghuram G. Rajan, a former governor of the Reserve Bank of India who teaches at the University of Chicago Booth School of Business, brings his unparalleled knowledge and experience to bear on the problem. In his new book,The Third Pillar: How Markets and the State Leave Community Behind, he argues that cancer afflicting contemporary capitalism is the failure neither of “Leviathan” (the state) nor of “Behemoth” (the market), but of community, which no longer serves as a check against either monster. Rajan thus prescribes an “inclusive localism” to rebuild communities that can furnish people with self-respect, status, and meaning.

Rajan’s book, like Oxford University economist Paul Collier’s The Future of Capitalism, is part of a rapidly growing genre of critiques by capitalism’s friends. Rajan is a proponent of capitalism who has accepted that it no longer works in the interest of the social good, and must be brought back under control.

The Third Pillar offers deep historical context to explain the current moment, but it is most successful when it retraces developments after World War II to explain why everything started unravelling around 1970. Until then, the world had been busy recovering and rebuilding, and economic growth had received an added boost from the adoption of frontier technologies through replacement investment.

But trend growth has decelerated since 1970, accounting for many of our current difficulties. Through it all, governments have had no idea how to address the slowdown, other than to promise a restoration of the lost postwar paradise. In most cases, that has meant additional borrowing. And in Europe, elites have pursued continental unification with the great aim of stopping recurrent episodes of carnage. Yet in their rush to secure the obvious benefits of integration, they forgot to bring their citizens along. They have since learned that after hubris comes nemesis.

The success of social democracy in the post-war era weakened the market’s power to act as a moderating influence on the state. According to Rajan, these weakened actors, in both Europe and America, were in no position to deal with the revolution in information and communication technology (ICT) that they were about to face, leaving ordinary people to face the threats on their own. Rather than helping their workers manage the disruption, corporations made it worse by using their employees’ vulnerability to enrich their shareholders and managers.

I think that community is a casualty of an elite minority’s capture of both markets and the state. But I am skeptical that stronger local communities or a policy of localism (inclusive or not) can cure what ails us. The genie of meritocracy cannot be put back in the bottle

And how they enriched themselves! With median household incomes largely stagnant and a growing share of wealth accruing to the rich, capitalism became manifestly unfair, losing its popular support. To manage its opponents, Behemoth called on Leviathan for protection, not understanding that a right-wing populist Leviathan eats Behemoth in the end.

Two points of Rajan’s story need to be emphasized. First, declining growth is a key, albeit low-frequency, cause of today’s social and economic distress. Second, the unfortunate consequences of the ICT revolution are not inherent properties of technological change. Rather, as Rajan notes, they reflect a “failure of the state and markets to modulate markets.” Though Rajan does not emphasize it, this second point gives us cause for hope. It means that ICT need not doom us to a jobless future; enlightened policymaking still has a role to play.

Rajan’s account of corporate misbehaviour is very well told, and it is all the more effective coming from a professor at a prominent business school. From the start, the near-absolutist doctrine of shareholder primacy has served to protect managers at the expense of employees, and its malign effects have been exacerbated by the practice of paying managers in stock.

In The Future of Capitalism, Collier gives a parallel account from Britain, telling the story of the most admired British company of his (and my) childhood, Imperial Chemical Industries. Growing up, we all hoped someday to work at ICI, whose mission was “to be the finest chemical company in the world.” But in the 1990s, ICI amended its primary objective by embracing shareholder value. And in Collier’s telling, that single change destroyed the company. 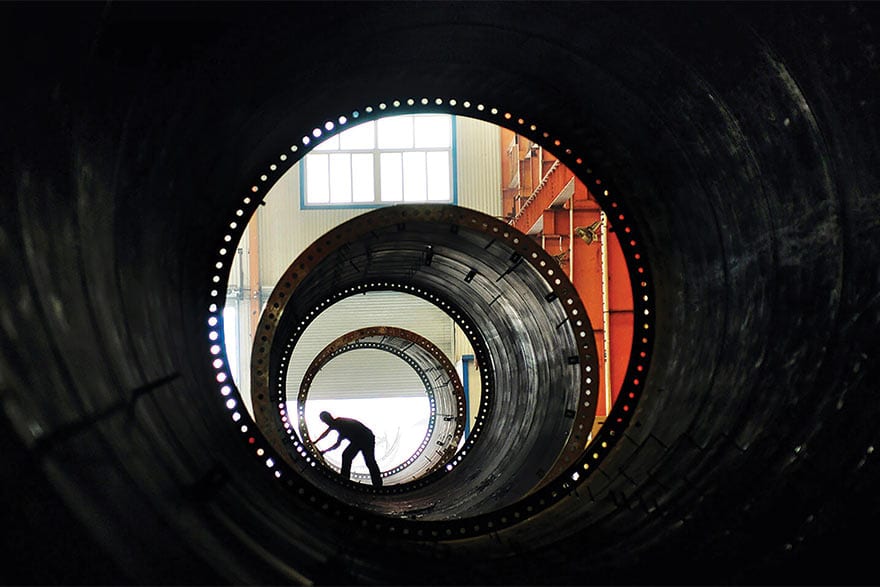 What of a community? The United States once led the world in public education, providing local schools where children of all talents and economic backgrounds learned together. And when elementary education became insufficient, communities started providing access to secondary school for all.

Today, however, when a college degree is a prerequisite for success, the more talented kids pursue theirs far outside of the community, ultimately self-segregating in fast-growing cities from which the less talented are excluded by the high cost of living. Ensconced in their glittering cloisters, those who succeed form a meritocracy in which their kids – and almost exclusively their kids – do well.

Collier tells the same story for Britain, where talent and the share of national income have become increasingly concentrated in London, leaving gutted and angry communities behind. Yet as Janan Ganesh of the Financial Times points out, these metropolitan elites now find themselves “shackled to a corpse.”

For his part, Rajan sees the meritocracy as a product of the ICT revolution. But I suspect it is older than that. After all, the British sociologist Michael Young published his prescient dystopia, The Rise of the Meritocracy, in 1958. Indeed, Collier and I are among the first British meritocrats. And just as Young predicted, our cohort broke the system for subsequent generations, while continuing to extol its virtues. In Scotland, where I grew up, the local community talent, the intellectuals, writers, historians, and artists have all gone in search of wider pastures, or simply given up competing with mass-market superstars. We are the poorer for it.

Like Rajan, I think that community is a casualty of an elite minority’s capture of both markets and the state. But unlike him, I am sceptical that stronger local communities or policy of localism (inclusive or not) can cure what ails us. The genie of meritocracy cannot be put back in the bottle.

Any solution (for Kosovo) needs to have the support of the major powers, particularly the permanent members of the Security Council. We have an...
Read more

No more provocative testing of missiles or nuclear weapons by North Korea and a level of continued cooperation between the South and North are...
Read more

Every time we hear that patients in the region have access to much more advanced medicines than us in Serbia, despite paying the same...
Read more

With this mission I wanted to confirm the priority attention that Italy reserves to Serbia and also the importance of the stability of the...
Read more

Vojkan Krstić had a series of sporting successes at an early age, then his entrepreneurial spirit led him into the sphere of private business,...
Read more