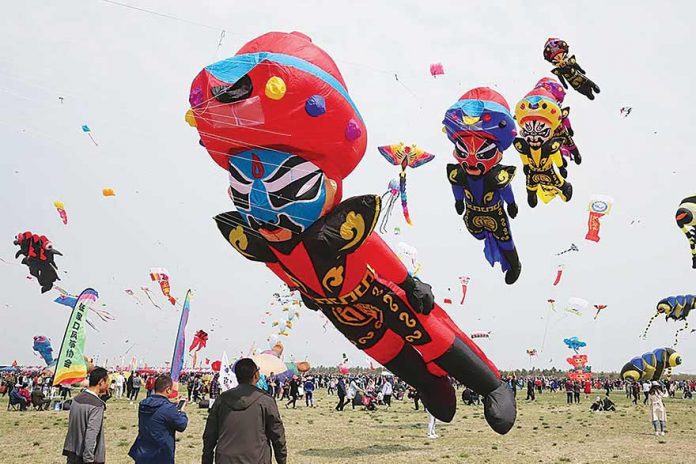 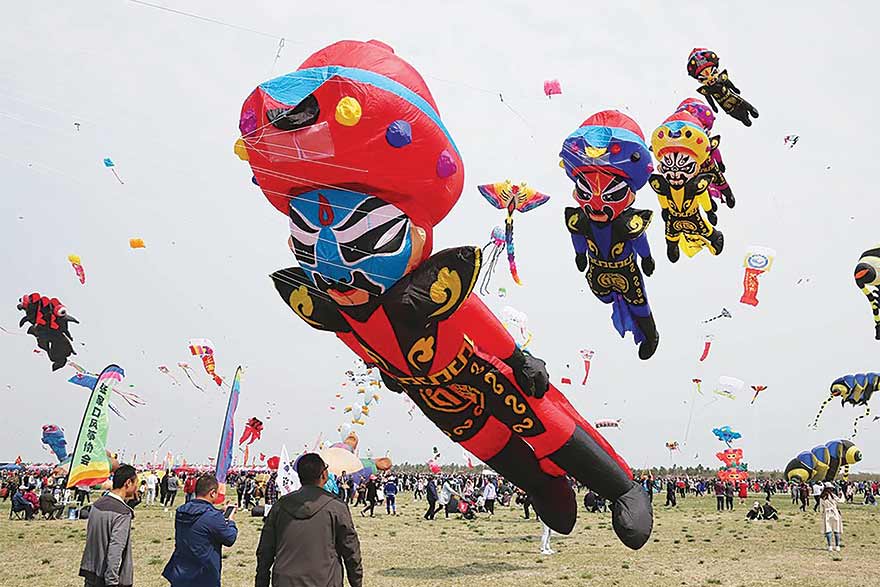 The night before the festival started, there was an opening ceremony at the huge soccer stadium that seats about 80,000 people, filled with about 40,000 plastic.

The kites from the 40 different countries were each escorted across the stage in front of the crowd, and each escort carried a large sign showing the kite flier’s home country.

Chinese television was there to cover the entire opening and closing ceremonies events. During the opening ceremony and awards ceremony at the stadium, there was a huge show on stage that consisted of 10,000 dancers, acrobats, and drummers. Also, some of China’s most popular singers were there to perform.

There were kites of all shapes and sizes, traditional kites, modern kites, big or small from a different region. Unlimited imagination creates magical things.