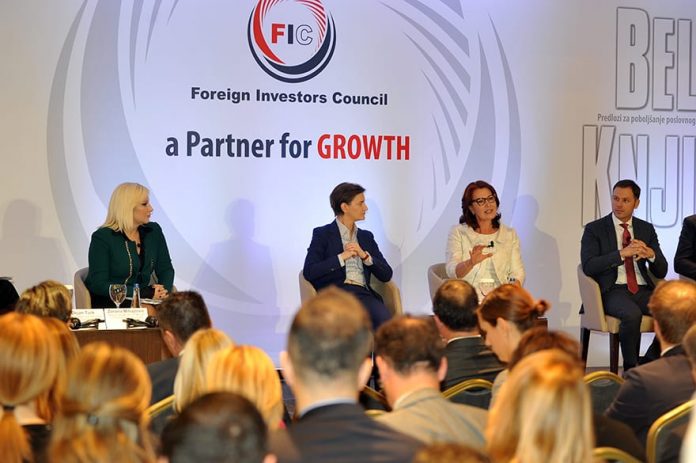 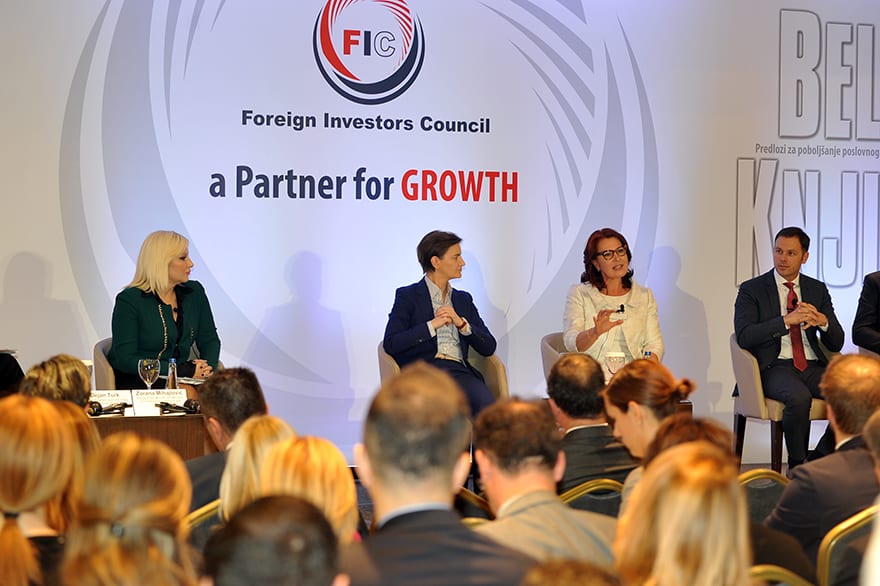 The Foreign Investors Council presented the White Book 2018 to the highest Government officials and stakeholder community. The White Book, written by FIC members, is the major product by which, for more than a decade, FIC gives recommendations aimed at supporting economic growth and better living standard of Serbian citizens. The event was opened with an introductory address by FIC President Yana Mikhailova, followed by insight into FIC Index 2018 by White Book Editor-in-Chief Miroljub Labus, as well as addresses by Head of EU Delegation in Serbia Sem Fabrizi and Prime Minister Ana Brnabić.

In her introductory speech, FIC President Yana Mikhailova noted that “in-between two White Books Serbia continues steady but moderate progress in reforms, which has secured stability but is not enough to reach the set goal – fully sustainable and competitive business climate; the strong economy which can match developed markets; and high standard of living. Serbia needs to speed up the reforms and accelerate accession negotiations in order to catch up with the EU level of economic development. 3 key FIC expectations from the Government are to achieve sustainable fiscal consolidation (structural reforms, especially privatization and corporatization of state-owned enterprises), improve law implementation, especially in tax area (strengthening tax administration) and provide more transparency in public consultations with focus on reforms in 8 priority topics: tax, labour, digitalization& e-commerce, real-estate, inspections, food safety, and overall legal framework, with emphasis on regulations on bankruptcy and foreign exchange operations”, concluded Mikhailova.

According to “FIC Index”, which was published in the newest edition of the White Book, in the period between October 2017 and October 2018, 4 top performers remain the same as last year: construction land and development; protection of users of financial services; transport; and tobacco industry regulations. Out of 8 priority topics of the FIC-Government White Book Task Force only real estate and inspection control made notable progress. Digitalization, bankruptcy, and foreign exchange regulations mark moderate progress, while key areas like tax, labour, and food safety lack progress.

This year, FIC proudly introduced several novelties: publishing of “The White Book Essentials” – brochure which presents main conclusions of this year’s publication, “FIC Index”, and 8 priority areas for Serbia’s future economic development. ‘’FIC Index’’ is a new term for ranking of the progress in the implementation of White Book recommendations in all areas of the business climate, which is the result of the new methodology presented for the first time in last year’s edition. Moreover, in order to fully embrace the era of digitalization, but also to be environment-friendly, FIC opted against printing the White Book publication which is available for free download on the FIC website (www.fic.org.rs). 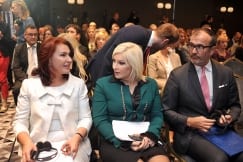 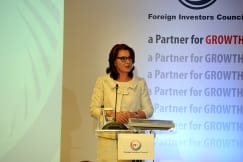 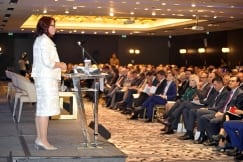 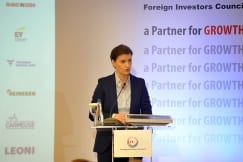 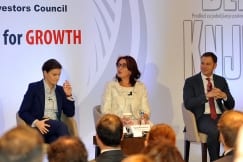 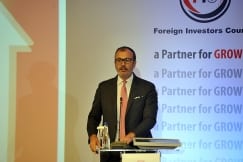 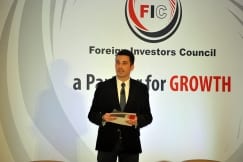 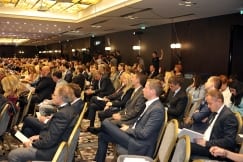