In just five years of operations, the Port Governance Agency has initiated a dialogue with all stakeholders in water transport, launched action on the issue of environmental protection, opened three new international passenger terminals and started a cycle of investments in port infrastructure and the expansion of existing port areas

Already for the fourth consecutive year, there have been significant increases in volumes of cargo handling and a record amount of transhipped cargo. We recorded an increase in the first quarter of this year compared to the first quarter of 2018, so we can expect 12 to 13 million tonnes of cargo, reveals Vuk Perović.

The Port Governance Agency was established with the aim of regulating and improving the port sector. How would you assess your first five years of operations?

– Standing behind every good result are people who invested their effort and knowledge. The greatest success of the Port GovernanceAgency was to form a young and professional team, which approaches every challenge and task with unabated enthusiasm. For some colleagues, working at the Agency was their first job after completing their studies, because we wanted to provide an opportunity for new personnel to acquire know-how and advance in this specific area of water transport. Furthermore, we provide an opportunity for everyone in the team to undergo further training and education. With the professional and proactive approach of all employees, we managed to change the perception of the Agency as just another institution burdening citizens. Today we are a port authority that, at the level of Serbia, invests surplus revenue in development projects and returns resources to the national budget.

We’ve established an effective system for charging port dues, on the basis of which the Agency has relevant and up-to-date records on the movements of cargo and passengers along the rivers in Serbia, and it is important to note that we were among the last countries in Europe to introduce charges for port and terminal dues and that we determined these amounts should be minimal.

Ports are known as economic drivers in every country, but ours were left completely neglected. What challenges did the Port Governance Agency face initially? What were the biggest problems that you solved successfully? 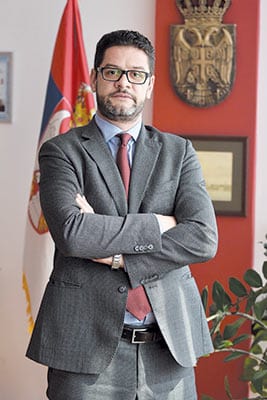 – Port activity and water transport are areas that haven’t seen investment in more than half a century. The first move towards reforms was made in 2010, with the adoption of a new Law on Navigation and Ports on Inland Waterways, which envisaged – among other things – a change to the business model of ports.

Immediately upon its establishment in 2013, the Agency was confronted by unfavourable conditions for the development of port activities, primarily due to a lack of adequate urban planning documentation, which is the main precondition for determining port areas, and a lack of funds for maintaining and constructing port infrastructure. With the aim of overcoming many obstacles, we launched intensive cooperation with the relevant ministries and local governments, in order for us to encourage local self-governments to produce all the necessary documentation, while we developed programmes and investment plans with the Government of Serbia and from European funds.

How many port areas does Serbia have today? To what extent are their capacities utilised?

– There are 12 ports on rivers in Serbia – nine on the Danube, two on the Sava and one on the Tisa. At the proposal of the Port Governance Agency, the Government of Serbia has to date adopted 21 regulations on the establishment of port areas, international passenger terminals, terminals for special purpose and terminals for own purposes. Among the regulations adopted, eight relate to international passenger terminals, while the Agency has so far opened six. We have clear indicators that a need exists to expand the existing capacities of individual ports in Serbia, as well as to construct new terminals.

The most significant results of the Port Governance Agency during the past five years have been resolving real estate ownership issues, defining port areas and issuing the first ever port licenses

Which type of cargo is most often handled at Serbian ports?

– The Port Governance Agency recorded its best results to date in cargo handling last year. Some 11.8 million tonnes of cargo was transhipped on rivers in Serbia, or 11.5 per cent more than in 2017, and that was mostly gravel, sand and stone aggregates. A novelty of last year was the leap in transported quantities of oil and oil products to second place, while ores are ranked third and grains occupy fourth place in total cargo handling. Over the past two years, ores have displaced grains from second place, due to increased activity at the Port of Smederevo.

One of your priorities is to develop passenger transport. How would you rate last year’s nautical tourism season?

– International passenger transport has been marked by a steady growth trend year-on-year. According to the Agency’s data, during last year’s nautical tourism season, the six international passenger terminals in Serbia recorded 1,150 port calls and over 157,000 embarked and disembarked passengers. Compared to 2017, the number of port calls was up 15%, while the number of embarked/disembarked passengers was up by a fifth.

The international passenger terminal in Belgrade is still the most attractive to foreign tourists, with more than half the total number of port calls and about 80,000 tourists, while it’s followed by the terminals in Novi Sad and Donji Milanovac. We opened a terminal during Easter last year in Golubac, which completed the nautical season successfully with 44 port calls and more than 6,000 embarked and disembarked passengers. The Agency’s plan is to open two new international passenger terminals in the period ahead, in Zemun and Ram.

Will the project “Awake the Danube”, which you’ve launched together with UNDP, contribute to the development of cruising at international passenger terminals on the Danube? 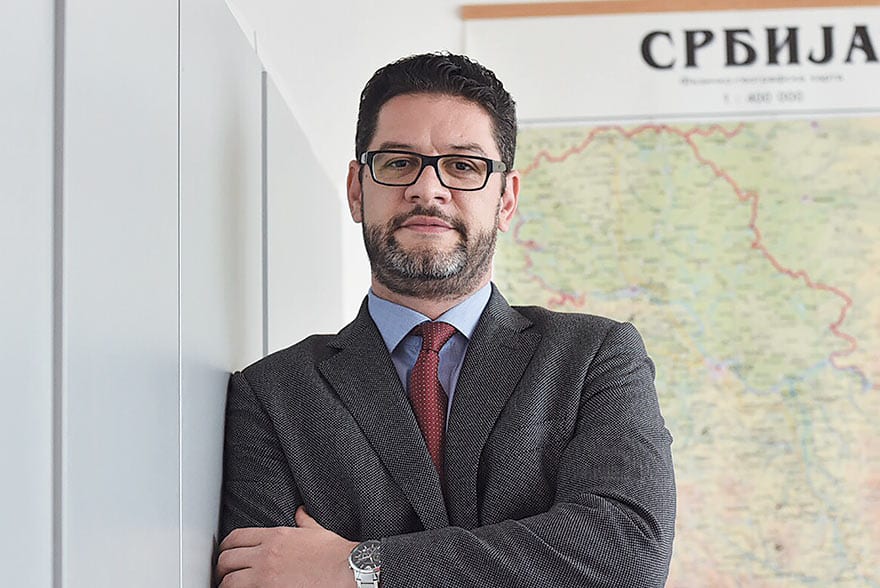 – The Port Governance Agency has, in cooperation with UNDP, successfully implemented a project to promote passenger terminals in the east of Serbia. Throughout the duration of the project’s activities, three new international passenger terminals were opened – in Smederevo, Kladovo and Golubac. During 2018, we also launched a continuation of the project “Awake the Danube” and expanded it to northern parts of Serbia. We selected five municipalities – Apatin, Banoštor, Novi Sad, Sremski Karlovci and Zemun, in order for us to bring all the potential of the Danube closer to tourists. The promotion of the natural resources of the Danube river basin in Serbia will enable the development of the eastern and northern parts of our country, and river-based passenger transport in Serbia. Our aim is to include the cities of this region into the tourist map of Europe and for Serbia to be ranked among the leaders in passenger transport.

Cruising is a “flourishing industry”, and the Danube represents a real magnet for tourists that attracted nearly 1.3 million passengers in 2018 alone

To what extent has the upgrading of ports contributed to the development of the cities in which they are located?

– Ports, as strategically important nodes of a country, generate numerous economic activities – production, trade etc. As such, in the port hinterland, the industry is stimulated and new jobs are created, which contributes to the economic empowerment of local self-governments.

Passenger terminals also play an important role in the development of cities. Apart from representing our reflection in the world and bringing Serbia closer to foreign tourists, terminals also boost local revenues through hospitality establishments, visit sights and the handicraft items of the local population.

Another new jurisdiction of the Port Governance Agency is marinas, as so-called small nautical facilities. Marinas have great potential for tourists who would visit Serbia while voyaging on their own boats or leased vessels, which would also help develop other forms of themed tourism – hunting, wine, religious, rural – and are important for the Podunavlje District’s undeveloped municipalities.

The pandemic has blocked Novak Djokovic's march to tennis history, so the 34-year-old may be pinning his hopes on...
Read more