Timomed has been cooperating successfully with the beekeepers of the Timok region for 30 years, bulk buying all quantities of honey produced and offered, and that secure bulk buying of honey – according to the company – has created interest in increasing production, which has doubled since the company’s establishment. A similar trend has been recorded across Serbia, where – thanks to state incentives – the number of beehives has reached 1.2 million.

Timomed has a long history of producing honey and honey-based products. Do you sell your products exclusively in the country or also abroad? How would you assess the situation on the honey market; what are the prospects? 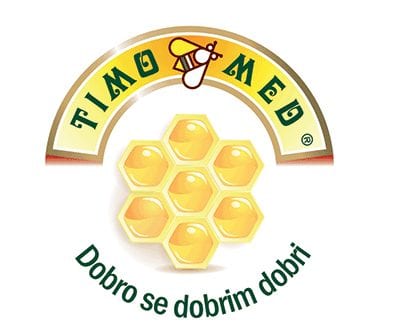 – Timomed has existed for 30 years already and has been working since its establishment to develop and advance the production of bee-keepers in the Timok region, such that honey production has doubled during this period and currently totals around 1,000 tonnes annually. All quantities of honey that are produced and offered to the market are purchased in bulk from bee-keepers and paid for within agreed deadlines, and this secure purchasing of honey has generated interest in increasing production among bee-keepers.

Timomed sells its products on the domestic market and on foreign markets, with around 40 per cent sold locally and the remainder exported. Within the Republic of Serbia, honey is delivered to large retail chains, leading confectionery and health food retailers, because our range also includes organic honey. Internationally, we have cooperation lasting many years with customers from EU countries, the U.S. and the Middle East. We also cooperate with countries in the region, while we are exerting every effort to conquer the Russian market and we will succeed.

Timomed sells its products on the domestic market and on foreign markets, with around 40 per cent sold locally and the remainder exported

The construction of a state-of-the-art honey processing plant began last June. Bee-keepers decided to build their own plant, in order to be able to achieve a realistic market price for honey. What do you expect from the completion of this project?

– For 30 years already, Serbia has had a modern company with a facility that satisfies all working and export conditions for all markets, and which continuously – to the satisfaction of all beekeepers – bulk purchases honey and works for renowned buyers, and which has access to all world markets due to it possessing ISO 22000, HACCP, HALAL, KOSHER and GOST certificates.

That’s our facility in Knjaževac, but there are a few more facilities in Serbia that were developed using their own resources and without anyone else’s assistance. We are glad that we will gain another plant in the country, despite there already being enough facilities that bulk buy all quantities of honey offered on the market, which represents a Serbian brand and has been generating sales for more than 20 years.

The relevant ministry has recognised the importance of beekeeping as an economic branch, and this year – in addition to incentives – has also secured more favourable conditions when it comes to the number of hives. How satisfied are you with state incentives in the field of bee-keeping; and which new measures, in your opinion, would further contribute to improving production?

– That which the state currently does for bee-keepers and beekeeping in Serbia is good, and has yielded a total positive effect on bee-keeping. The incentive funding of the Ministry of Agriculture, along with regular bulk purchases, has provided results in terms of the number of hives, of which there were only 350,000-400,000 in Serbia 10 years ago, while today there are around 1.2 million.

We would remind readers that Timomed even earlier – as Serbia’s first exporter of honey – provided 15,000 hives for bee-keepers, through favourable loans, in order to provide a base for the bulk purchase of honey, thus raising bee-keeping to a higher level and enabling many families to sustain themselves in this way.

Timomed has worked since its founding to educate bee-keepers and provide reproductive material, and has excellent collaborative relationships with nearly 1,000 bee-keepers in Serbia.

Land Is Everything
Read more

The use of IPARD funds, higher national subsidies and investments in the processing sector are creating ever better conditions for the development of the...
Read more

Italian investments in the field of agriculture have excellent results, while our trade in this sector is reaching new heights. With my visit to...
Read more