Alma Quattro: “A Serbian Ambassador to the World”

Alma Quattro is a Serbian company owned by the Swiss APG SGA Group since 2003, which is a national leader on the market of Out-of-Home advertising and street furniture. The company portfolio consists of billboards, backlights, scrollers, bus stop shelters, city lights, big boards, advertising columns and state-of-the-art LCD and LED screens

Alma Quattro celebrated its leading position and 25 years of successful business operations on 14th November 2019 at Belgrade’s Belexpocentar, with over 650 guests in attendance from the country, the region and around the entire world.

Here Sanja Pešić, Chief Executive Officer of Alma Quattro, speaks about this very important juncture – representing a milestone in the life of the company, which is entering a new era of operations under her leadership.

Twenty five years of doing business. What is the significance of this moment for your company?

A quarter-century of doing business on a volatile and unpredictable market is an accomplishment that, I’m sure, all companies doing business in Serbia are aware of. For the majority of those of us who’ve been at the company since the beginning, this period represents half of our lives, while at the same time we wish for it to only be a small segment of the lifecycle of the company that we’ve been building. In order to be successful in the future and to be among the 0.40% of companies with a AAA credit rating in Europe, it is important to make a cut and express our gratitude to all those who’ve helped us on that path. 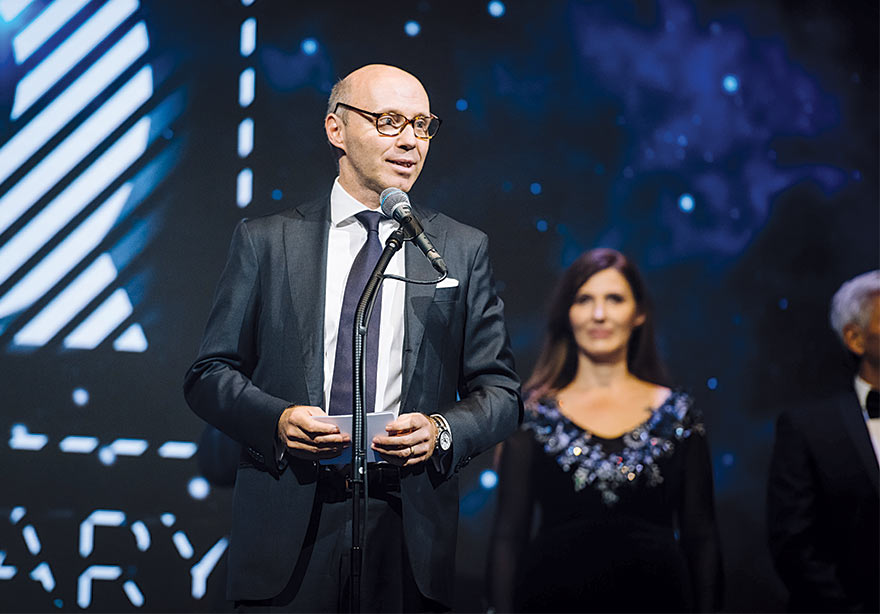 Among our guests there were our clients, colleagues from agencies, representatives of city institutions, the Swiss-Serbian Chamber of Commerce, the Embassy of Switzerland, representatives of the APG SGA group (which is our international family), and Jean Francois Decaux personally, as Chairman of the Executive Board of the biggest company in this industry worldwide, JCDecaux. These are really the people who, in their own way, made us better professionals. The celebration was also marked by two exceptionally important speeches given by Mr Jean Francois Decaux and Mr Daniel Hofer, Chairman of the Board of Directors of the APG SGA group.

What would you single out from those speeches as being significant for your company?

Alma Quattro is the only company in the APG SGA group that has retained its name and identity, its management and employees, based on trust that we’ve been strengthening with our results, professionalism and knowledge of the local market over all these years. We believe in that, and our results speak for themselves – that we are “the people who get work done (in the best way)”, but feedback provides the basis for one to learn and develop, especially when it comes from the principles of companies that represent the peak of this industry in Europe and around the whole world. 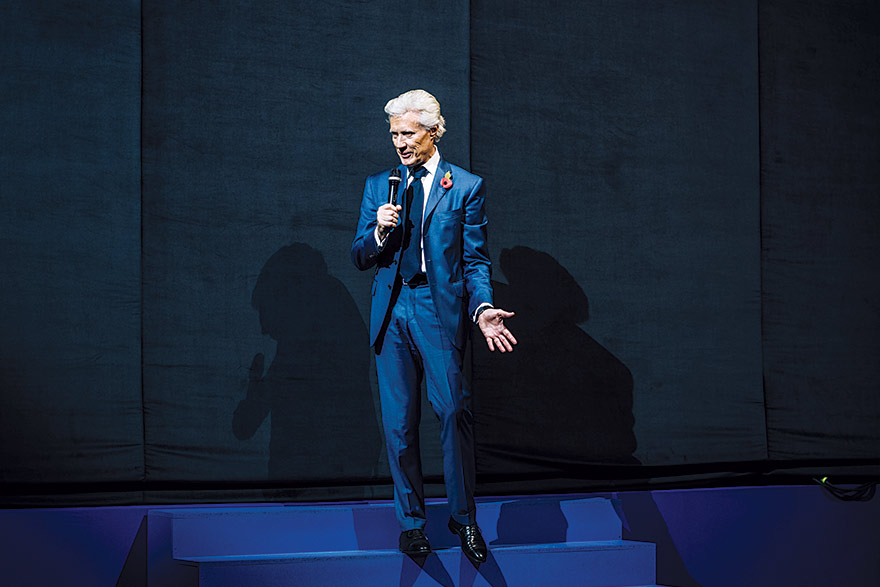 In his speech given to employees, Mr Decaux expressed his respect for Dejan Petrović, our founder, and Kosanče Dimtrijević, who was our CEO for many years, comparing them with his father, who established the Decaux company in post-war France, while we founded our company in 1994, in a country that was then under sanctions. However, the best testimony to your quality and professionalism is said about you when you leave the room and, as such, we heard the most important words from Mr Daniel Hofer, who addressed all guests.

As Chairman of the Board of Directors of Swiss APG SGA Group which owns Alma Quattro, Mr. Daniel Hofer shared with us an anecdote that he first heard about Alma Quattro 10 years previously in Moscow, in a conversation with Jean Francois Decaux. It was then that Mr Decaux told him about our founder and our CEO: “Look at these two men. They are excellent operatives and they lead a really big company.” He added that, after 10 years of analysing his own experiences and impressions, he is convinced that our employees and management were the keys to the success of Alma Quattro. 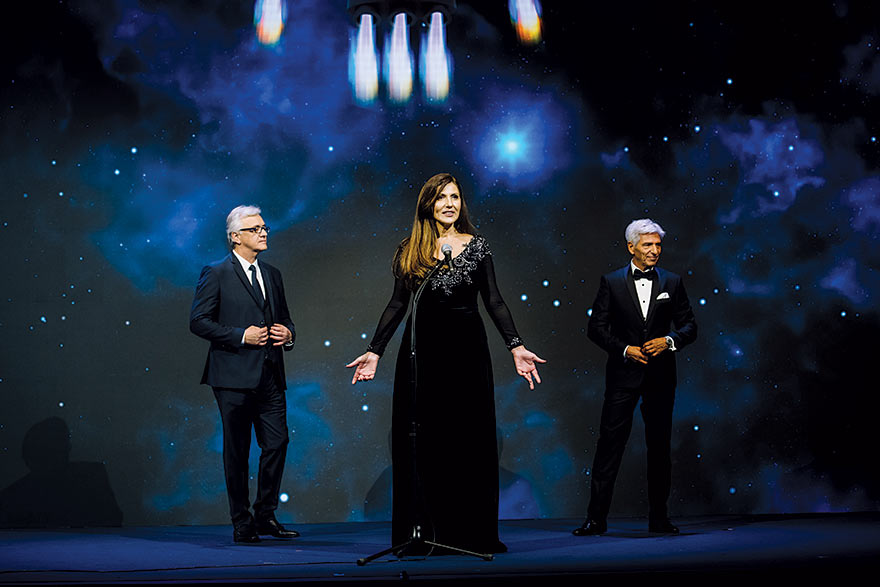 Last but not least, he said that it was his personal opinion that Alma Quattro was an excellent ambassador of Serbia at an international level, as we represent the Serbian OOH industry in a way that projects a good image of our country – not only within the group, but worldwide – as a very reliable, loyal, correct and trustworthy partner in every sense of the word.

We have always invested in our identity, name, honour and strong business collective resembling a family, which has endured all “cross winds“ we have faced over this quarter of a century. It is of key importance to know who you are and to act accordingly in business every day for 25 years. It is even a greater pleasure and source of pride to know that our efforts have been recognised and appreciated, not only by our associates and collaborators in the country, but also by those abroad and even by those we have yet to meet. To be an ambassador of the entire country is a responsibility that we have not been aware of.

Responsibility is not unfamiliar to us. We own, maintain and continuously upgrade all the media with advertising surfaces that we rent to our clients. On the one hand, we have responsibility towards clients who are the source of our income and, on the other hand, we have responsibility towards citizens for whom advertisements are intended and who use the street furniture that the company is in charge of managing. Alma Quattro took charge of bus stops by replacing worn out “mushrooms“ with the kind of bus stop shelters that you can see in the biggest capitals of the world. 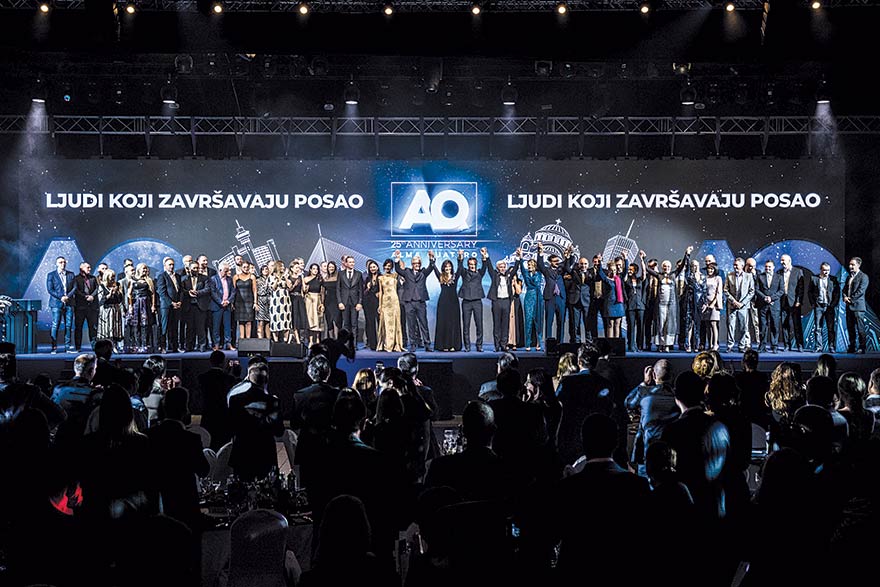 Then the company continued to maintain and retrofit bus stop shelters by upgrading and introducing other street furniture as well. That street furniture is available to all citizens and visitors of Belgrade, and it is absolutely free. With the income we earn from advertising surfaces on the media, we finance the care for our community as a specific privately-owned public utility service of this country.

Responsibility is not a problem when there are people who can shoulder it. For 25 years we have been building a collective where humaneness, mutual respect and professionalism come first, and as a result we are recognised as “the people who get work done”.

The Ministry of Environmental Protection announced that the Government of Serbia has adopted the Air Protection Program for the period from 2022 to 2030...
Read more

Dina Boluarte became Peru's first female president after her former boss and predecessor, Pedro Castillo, was ousted and then arrested for trying to illegally...
Read more