With a tradition of more than 35...
Read more

NIS has long since ceased to be...
Read more

Radoš Gazdić, Acting Director Of The Development Agency Of Serbia

We Have Reason For Satisfaction

Despite COVID-19, in the first half of 2020 Serbia already surpassed the results of our two previous best years when it comes to the value of projects we have supported with incentives. RAS expects more good news by the end of the year

During the initial outbreak of the pandemic caused by the COVID-19 virus, economic systems worldwide showed a great deal of caution when making business decisions, especially when it comes to new investment. However, the plans and operations of companies have gradually gained momentum. “That period of investor caution didn’t last long, or rather it didn’t equate to long-term inactivity, rather only temporarily listening to events on the global scene,” says Development Agency of Serbia Acting Director Radoš Gazdić. “A reactivation of interest and initiatives by interested investors quickly came about.”

He notes that the period required to decide to invest in a country, as well as the realisation of investments, lasts much longer than the current pandemic has lasted, so the beginning of the COVID-19 period saw the implementing of investments that were planned during a time when there was no pandemic on the horizon.

“I consider it a great success that no investor overturned their decision to invest throughout the entire duration of the pandemic,” says our interlocutor. “We can be very satisfied with the work and results that we’ve achieved in the past few months, and in existing conditions – given that current statistics show that we have a total of 20 confirmed contracts on the granting of incentives in 2020, and that these investments are worth 1.16 billion euros. Procedures are underway for another nine agreements on granting incentives, with those investments planning to invest 502.1 million euros and create 1,783 jobs,” says Gazdić.

He notes that this year has been extremely good if we check out the figures and compare them with previous years that were exceptional in terms of attracting investment. “In the first six months of 2020 alone, the contracted investments that received incentives are worth 1.14 billion euros and – for the purposes of comparison – throughout the whole of 2018 we had supported projects with a value of 203 million, while for 2019 as a whole projects supported by incentives – and there were 40 of them – were worth about 780 million euros,” states the RAS executive director. “So, only halfway through 2020 we exceeded the results of the two best years we’ve previously had when it comes to the value of projects that we’ve supported with incentives.”

From an investor’s point of view, every cost is now evaluated in great detail and every type of incentive is extremely welcome and viewed as an important factor in making a decision to invest

Which investments implemented during COVID-19 would you single out in particular as being important for the Serbian economy?

Among the more significant agreements signed during this period are the agreement with Chinese company Xingyu Automotive Lighting Systems, which is building a plant in Niš worth 60 million euros and is one of the world’s leading manufacturers in the automotive lighting sector. Then there is the investment of Kyungshin Cable in Smederevska Palanka, as well the expansion of the production capacities of companies Cooper Tires and Henkel in Kruševac. Now we are also seeing the launch of the implementation of additional new investments, the most significant of which is the construction of the factory of Toyo Tires in Inđija, where we expect construction to begin soon. Interestingly, just a few days ago RAS received an award of the UAE Ministry of Economy at the Annual Investment Meeting (AIM) as the second best IPA agency in the region of CEE and Turkey thanks precisely to the Toyo Tires Corporation project.

Alongside this, we will also have the opening of the new factory of company Magna in Aleksinac and the plant of SMP Automotive in Ćuprija, while Irish company APTIV, which manufactures parts for the automotive industry, should arrive in Zaječar create about 2,500 new jobs in the coming years.

Here I would also mention the investments of domestic companies, such as the investment project of company Chemical Agrosava, which will soon construct a pet food factory in the municipality of Pećinci. There is also the expansion of the capacity of the Inmold factory in Požega, with sophisticated technologies, and ITN in the same city, although in the domain of the food industry. We can also proudly announce the domestic projects of Natura Trade in Loznica, GIR in Kraljevo, Planet Bike from Kruševac, as well as new tourism and hospitality facilities that will enliven spa tourism in Vranje and Kuršumlija: Hotel Žubor in Kuršumlija and the reconstructed hotel complex in Vranjska Banja. All of these projects demonstrate the stability of the economy at the moment, particularly given that they are Serbian companies, and the strong will of the state to support investments and their unhindered progress. 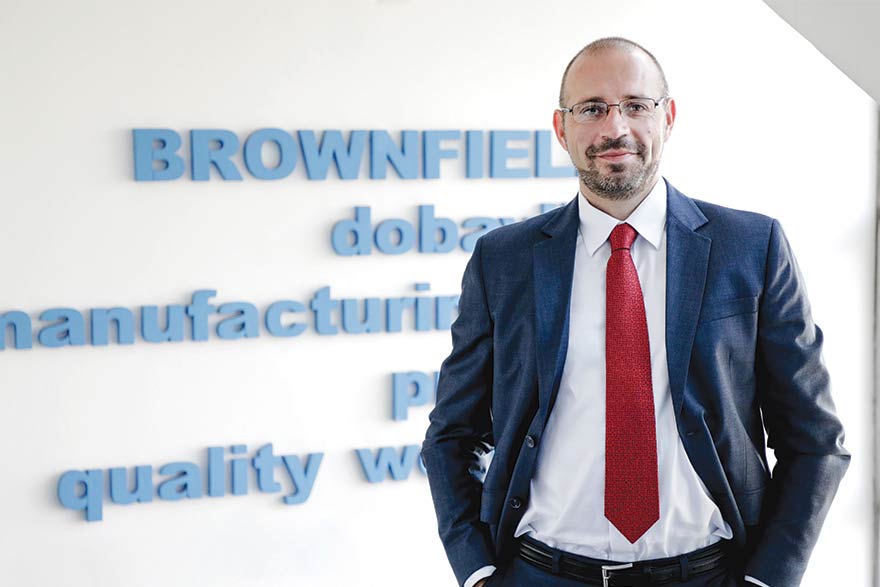 It is, of course, very important for Serbia that works commence on the R&D Centre of Germany’s ZF Friedrichshafen, which should happen very soon, then the project of another German investor, Keoning Metall, in Ivanjica, the launch of production activities at the Fischer Automotive factory in Jagodina and the expansion of production capacities of Yanfenga, which opened its first plant in Kragujevac less than a year ago. By the time this edition goes to print, there will probably be public announcements of some new investments that I cannot talk about before they are realised, but I can say that they relate to extremely technologically advanced projects and products that will imply hundreds of millions of euros of investment and jobs for several hundred people, mostly engineering personnel.

In your opinion, what impacted on investors remaining loyal to Serbia as an investment destination?

First and foremost, Serbia has always offered, and continues to offer, a stable business environment, economic and political stability, which are important for investors. In addition to that, the most important factors that influences the decision of investors are that Serbia has educated and highly qualified workers, competitive business costs and an optimal geographical position, which is very important to investors from the perspective of logistics. Also no less important is access to a market of over 1.3 billion consumers, which is enabled when doing business in Serbia thanks to free trade agreements that have been signed and are in force. Of course, there are also investment incentives that the state offers, but also good results in the fight against the COVID-19 pandemic, which demonstrate the seriousness and responsibility of the country under the current circumstances.

In addition to all of that, this time of crisis was a period when many companies began to consider reorganising their operations and perhaps even relocating some activities to environments where their business will be more profitable. It is for these reasons that interest in Serbia among investors didn’t drop during the pandemic, in fact it even seems to us that the number of inquiries is growing.

Under the new conditions, what support was needed by investors at the national and local levels?

Investors, like all companies in general, needed state support when it comes to maintaining liquidity, which the measures of the Government of the Republic of Serbia clearly targeted and achieved (with moratoriums on loans, deferred payments of taxes and contributions, direct payments, deferrals of income taxes and liquidity loans etc.). In a desire to correct the negative impacts of the COVID-19 pandemic and for us to be proactive in finding solutions to potential problems of investors, but also to attract new investments and create a good system of cooperation across our entire economy, RAS is working to create programmes with activities that will encompass three sets of action. One set relates to Aftercare activities, which means maintaining contact and support to existing investors, while the second set relates to the targeting of new investors and is a kind of Outreach campaign directed towards attracting new investments. The third segment of that programme will focus on local suppliers and strengthening their capacity and business performance. The idea is for all three elements to be networked and directed towards one another, and for that to be a good functional base for our economy. 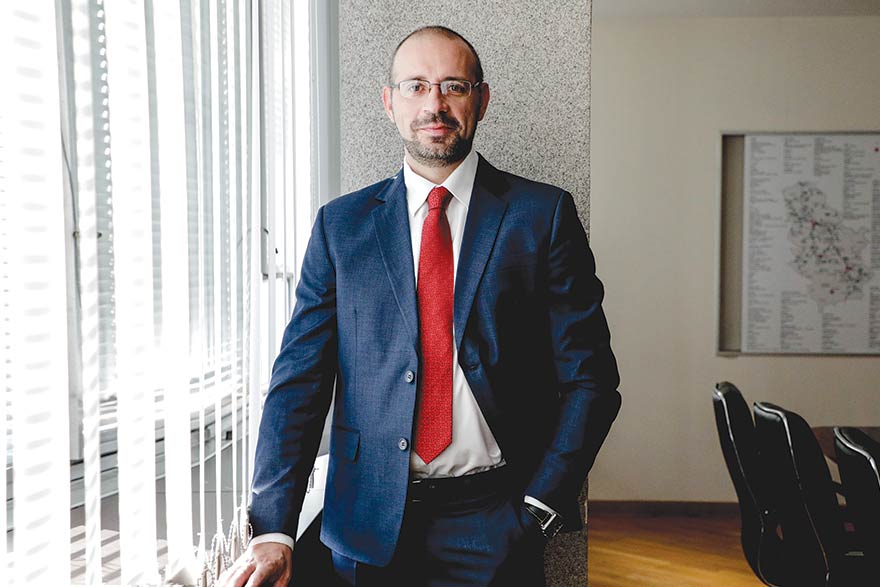 The general impression is that, under the current circumstances, interest in incentives for direct investments is ever increasing. From an investor’s point of view, every cost is now evaluated in great detail and every type of incentive is extremely welcome and viewed as an important factor in making a decision to invest.

How did RAS adjust the way it promotes Serbia as an investment destination in response to the new circumstances?

The biggest change in the way Serbia is promoted as an investment destination doesn’t differ much from the changes that have occurred in the world of business in general, and that is the dominate role of online operations and the digital nature of work. Our work of promoting and attracting direct investment now includes large video conferencing that has replaced the former ordinary meetings, appointments, regular summits and conferences. There are no major events, fairs or working visits that were previously among the most important ways of presenting Serbia and its investment potentials, rather we’ve adapted to the virtual way of functioning. An additional activity that we often have as part of investor inquiries is information about the health situation and system in Serbia, but these relate more to the personal needs of investors to gain insight into existing norms and functioning if they come for a working visit and don’t influence the actual implementing of investment projects.

Viewed over the longer term, what are the biggest changes that have taken place in this segment? What has changed in terms of investor preferences and to what extent can Serbia respond to these changes?

Restrictions on travel and movement lead to aggravated conditions for doing business in general, and they make it particularly difficult for companies that have production sites or suppliers in locations that are a long way from their headquarters – for example in the east. For that reason we are seeing the emergence of the tendency, or trend, if you want, for companies to relocate activities – most commonly based in the Far East – to some closer destinations similar to Serbia. Here I’m primarily referring to European companies that conduct some parts of their production far from their parent company and companies from the East that want to be closer to their clients in Europe. Serbia can certainly see its own opportunity here and can, with its very attractive geographical position, along with all other optimal factors for doing business, find itself on the shortlist of countries in which the aforementioned companies could invest, or relocate their business activities.