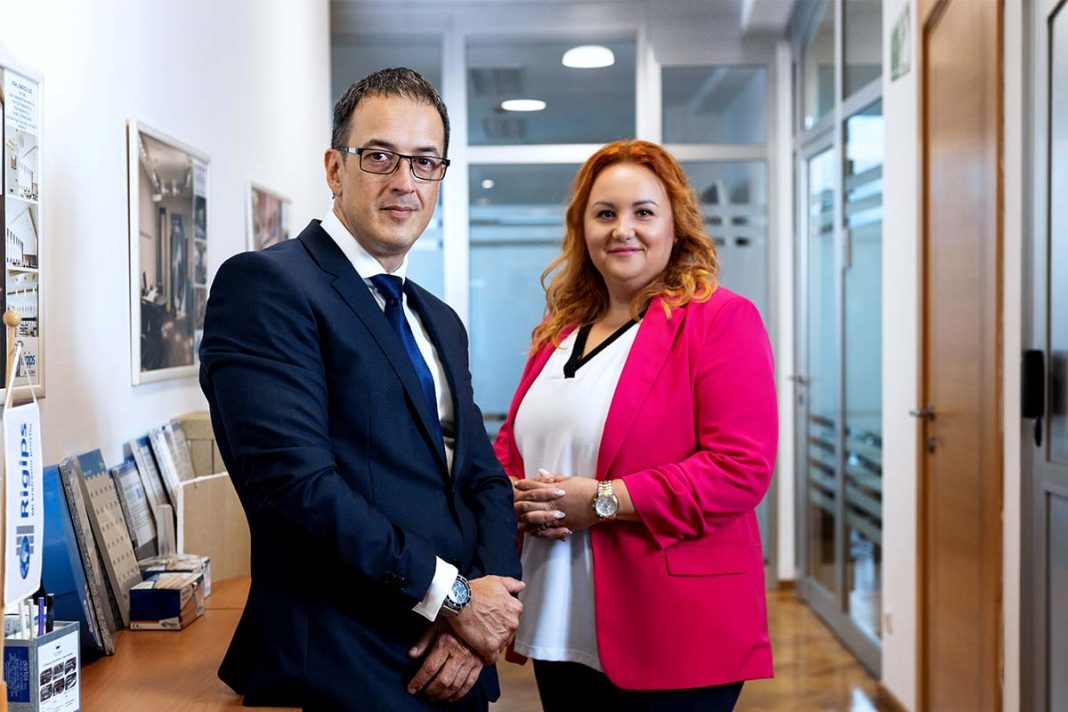 Saint-Gobain is a world leader in modern and sustainable construction that designs, produces and distributes materials and services for the construction sector and industrial markets, with a specific focus on innovation

The company’s strategy is to continue its strong growth in this region, as confirmed by announcements that the period ahead will see even greater investments in production capacities, automating production lines and expanding the product range.

Saint-Gobain is a company that’s a world leader in the production of construction materials and that has a tradition dating back more than three and a half centuries. What marked this period the most significantly?

Mirjana Lučić: The Saint-Gobain company was founded in France as far back as 1665, with the founding of the Royal Glassworks by Louis XIV. A mirror factory was opened in the small town of Saint Gobain, after which the group was named. Our company is today known worldwide and has operations in 76 countries, with an annual turnover exceeding 40 billion euros and 166,000 employees. Innovation is a very important element of the strategy, and our Group invests continuously in research and development.

Over the course of two and a half decades, which is how long you’ve been operating on the Serbian market, you’ve made two acquisitions that are this year celebrating anniversaries of their successful work and two jubilees of operations on the Serbian market. Which factories are we talking about?

Mirjana Lučić: The Weber company was founded in France in 1902 and became part of the Group in 1996. Weber operates in 60 countries around the world. The factory in Topola this year celebrates the 10th anniversary of the acquisition of the former ‘Karbon’ factory, while the factory in Apatin celebrates 15 years since the acquisition of the former ‘Elba’ factory. We are currently the only company operating in this sector, and in this area, that has two production plants. Our commercial branches, through the activities of Rigips and Isover, launched operations on the local market in 1996 and 2002 respectively.

Isover, Rigips and Weber all belong to the Saint-Gobain Group and operate around the entire world. How much has the brand awareness contributed to product sales on the market?

Vladan Ilić: We have strongly developed brands, which we are very proud of, and we rely on this advantage. Local engineers, construction companies and architects have always followed trends. As science and technology advance, so construction materials and the construction system itself advance. Materials play a significant role, particularly in the segments of construction finishing works, which represent the backbone of our work.

Innovative materials and systems form an integral part of the Saint- Gobain Group’s operations. Which innovations would you single out in particular and why?

Vladan Ilić: Our integrated solutions for renovating public and private buildings, lightweight construction and the decarbonisation of construction and industry have been developed through a continuous process of innovation and ensure sustainability and performance. The Group has more than 40 research and development centers around the world. Special attention is paid to this segment in order for us to differentiate ourselves from the competition on the market. The motto of the Group, “Making the world a better home”, clearly illustrates the purpose of our operations. It is for this same reason that we’ve committed ourselves to becoming carbon-neutral at the Group level by 2050.

How much is the trend in dry construction systems being applied?

Vladan Ilić: If we’re talking about the construction sector, then the answer is very much. This is a system of construction that improves the protection of the environment, well-being the aesthetic component, energy efficiency, spatial acoustic performance, easier and faster installation, durability, the possibility to work under all weather conditions, significantly simplifying construction, saving on costs and much more. These are certainly the materials of the future!

What are you preparing for the period ahead that is significant to the company?

Mirjana Lučić: Almost all of our products are “made in Serbia”, which is why we are working intensively on new acquisitions, both in Serbia and the surrounding countries. The aim is to increase our market share.

I think the war in Ukraine will come to an end soon, as a result of the imbalance of forces on the ground, but...
Read more

Scope Of The Serbian Opposition’s Entry Into Parliament

The Serbian National Assembly has never had a strong democratic tradition, but an opposition with political creativity and originality has been able to raise...
Read more

It will be particularly interesting to watch the opposition play the game of “red flag” in front of an incensed ruling bloc that’s largely...
Read more

What we don’t see from the opposition are well-considered strategies. Today’s parties are incapable of making such enduring, large and significant mental endeavours. Their...
Read more

Testeral exports 95 per cent of its production to the markets of Western Europe and America, and one of the company’s goals is to...
Read more