On Thursday, 19 September 2019, the Slovenian Business Club hosted the Minister of Finance of the Republic of Serbia Siniša Mali at the SPK working meeting.

The businessmen were first addressed by the President of the Slovenian Business Club, Danijela Fišakov, and then by the Ambassador of the Republic of Slovenia to Serbia H.E. Iztok Jarc.

The Slovenian Ambassador thanked the Government of the Republic of Serbia for activities aimed at enhancing co-operation between Serbia and Slovenia and congratulated on the achievement of financial stability and the proclamation of Serbia as the most attractive country for foreign investments. 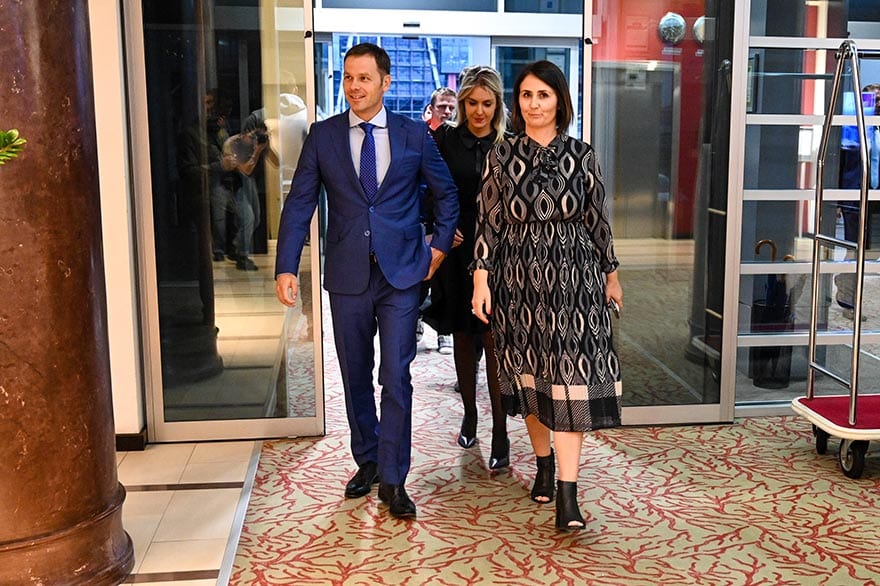 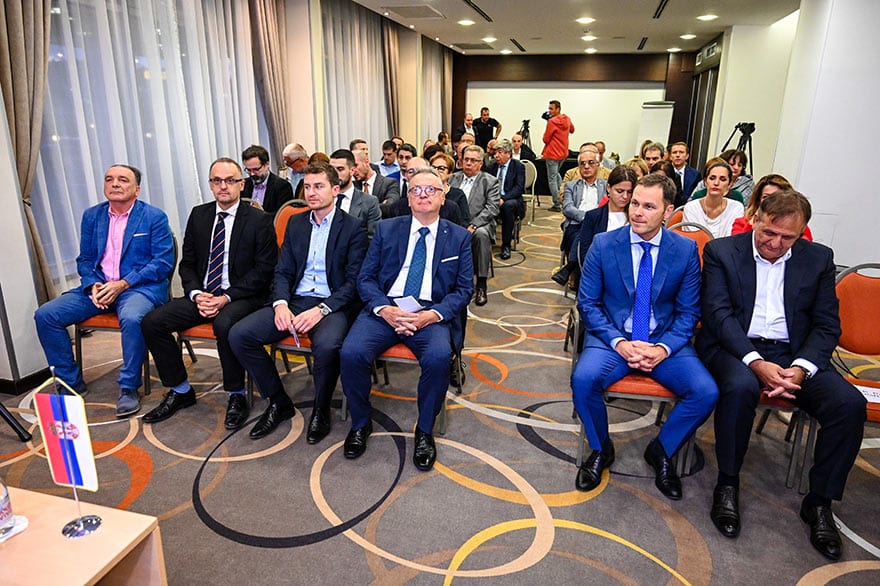 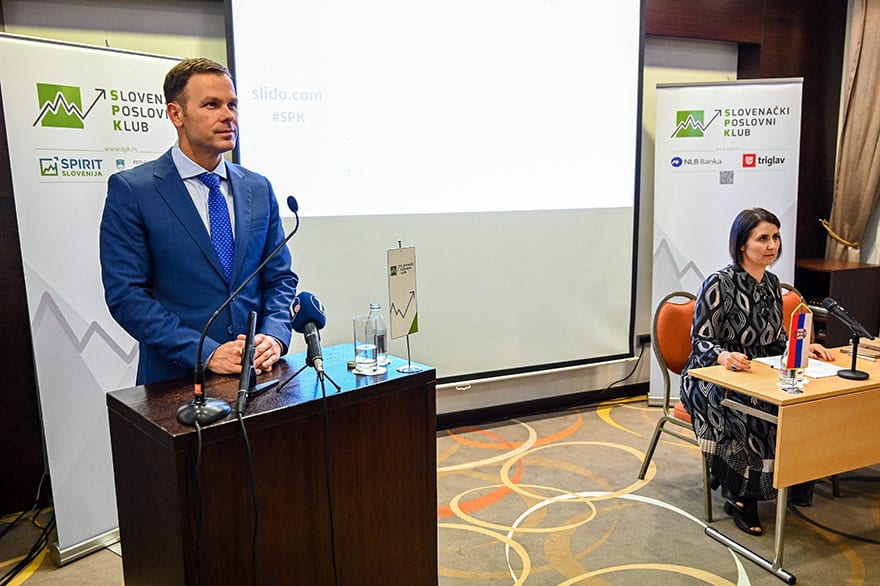 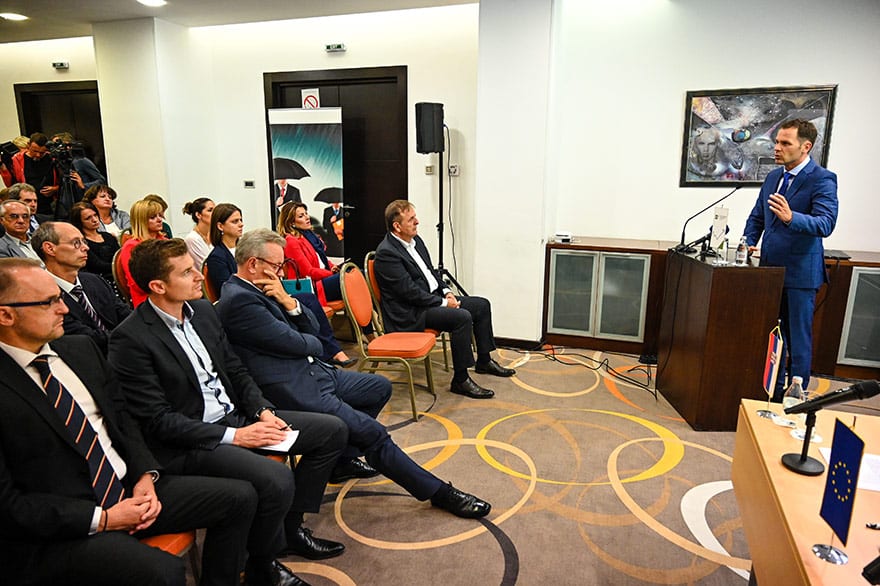 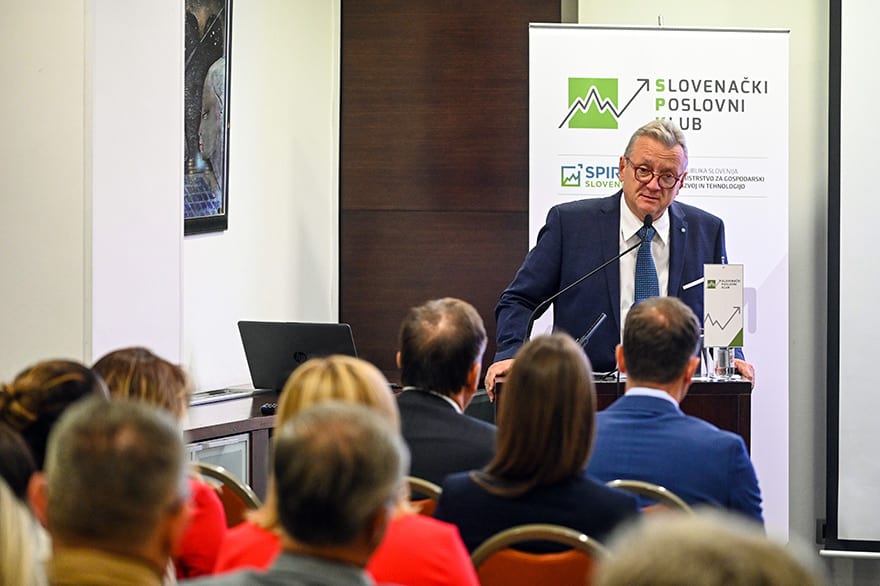 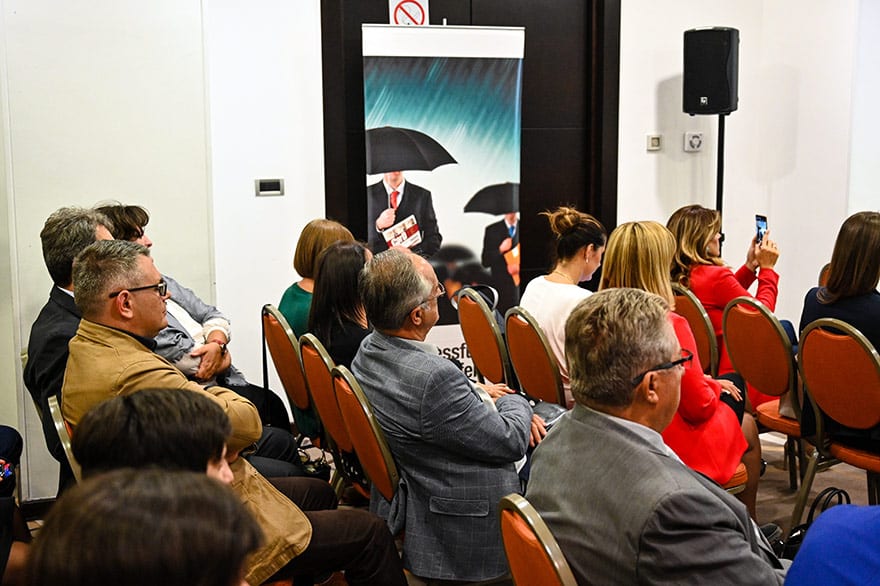 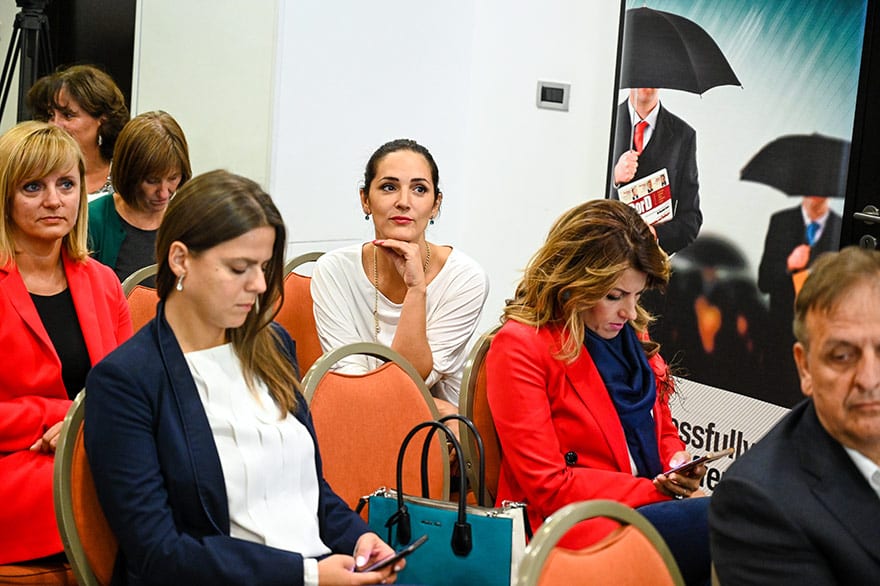 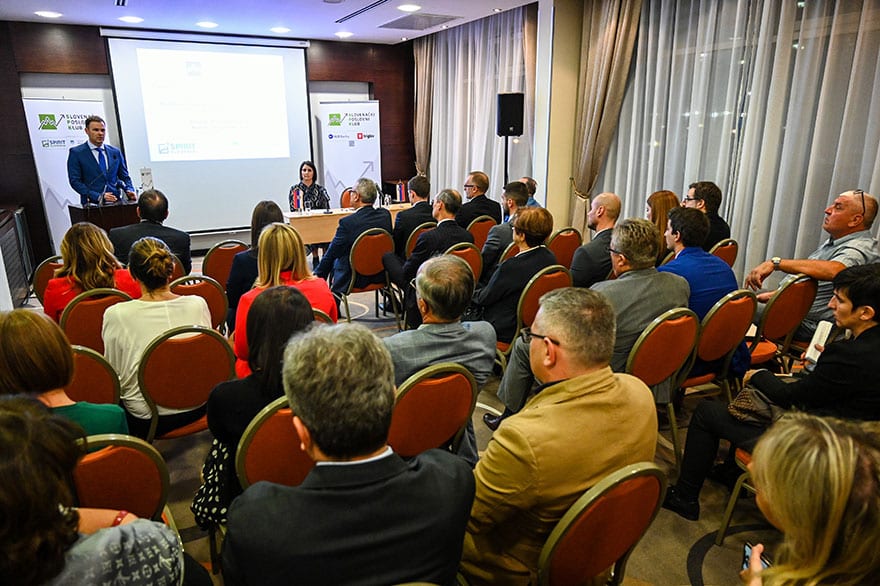 In his presentation, Minister Siniša Mali said that economic and political cooperation between Serbia and Slovenia has never been better, that Slovenian investments in Serbia are growing steadily year by year.

Slovenia is today among the tenth largest investors in Serbia with EUR 1 billion and EUR 100 million invested.

Minister Siniša Mali added that in terms of investment, the relationship between Serbia and Slovenia is two-way, ie the number of Serbian investors in Slovenia is increasing.

The members also had the opportunity to ask questions directly to the Minister regarding current issues that they face on a daily basis in their work.

The meeting was attended by over 60 company representatives who had a chance to network at the cocktail party.