From A Two-Bedroom Apartment To $74 Billion

Almost every entrepreneur in the U.S. knows the story of how Spanx started: Sara Blakely, then 27, was prepping for a party when she realized she didn’t have the right undergarment to wear under white pants. To solve the issue, she pulled out a pair of scissors and cut the feet off her pantyhose. Thus, Spanx was born.
Spanx’s unique shapewear undergarments, plus dozens of other products like pants and leggings, are now available in more than 50 countries. Blakely was named among TIME’s 100 Most Influential People in 2012, and the world’s youngest self-made billionaire by Forbes the same year.

Blakely had an unusual path to that credit. She grew up in Clearwater, Florida, and wanted to be a lawyer like her father. She did well in school but was a terrible test-taker and scored poorly on the LSAT multiple times. Instead, she tried standup comedy, then sold fax machines door-to-door for seven years before she had the idea for Spanx. With no business degree, she launched Spanx in 2000 with $5,000 in her savings account and took no outside investments; today she still owns 100% of the company. In 2006, she founded the Sara Blakely Foundation to invest in women by supporting organizations in education, entrepreneurship, and the arts.

For Blakely, part of the success of Spanx was that she didn’t take any outside funding. She started with $5,000, and it was profitable from the beginning. Whatever money she made from selling Spanx, she put back into the business. “A lot of people want to start big and think big and oftentimes get ahead of themselves,” she says. “That can end wildly successful, but it can also cause a lot of problems. You dilute yourself down and you have people you’re answering to.”

Ask Questions and Be Hyper-Observant

Blakely came up with the idea for Spanx by thinking differently about hosiery, and she continues to generate ideas for new products, more recently a fitted men’s undershirt and Spanx Arm Tights to wear under shirts and dresses. She had the idea for the men’s “compression” undershirt after realizing that the original design hadn’t been updated in nearly 100 years, and her husband and brother complained that it was boxy and bulky under clothes.

“I think of a lot of ideas at traffic lights,” she says. “I pay attention to things that haven’t evolved and why. I ask myself questions all day, every day. I could be looking at a table and be like, ‘Why is the table like that? When was the table first created? Is that the actual best design for a table? Or could there be something different?’”

A key tenet of Blakely’s leadership style is admitting to her mistakes and giving her employees room to do the same. She even schedules “oops meetings” at Spanx where employees stand up and say how they messed up or a mistake they made, usually turning it into a funny story. “If you can create a culture where [your employees] are not terrified to fail or make a mistake, then they’re going to be highly productive and more innovative,” she says. “I’m curious about the things that hold power over us. And one is fear of embarrassment. We all have that. But if I embarrass myself, then it loses its power over me.”

Blakely is no stranger to vulnerability. In addition to admitting to her mistakes, she’s open about her process with her customers and shares intimate details about her life as a wife and mother of four on Instagram. “I love the idea of CEOs showing vulnerabilities and the ups and downs,” she says.

“I don’t feel I need to put on a facade to be taken seriously as a leader. When I started Spanx, instead of talking at my customer, I wanted to talk to them. I felt other companies were like, ‘We need to be perfect, and you need to see us as the authority. That’s how we’re going to sell you a product.’ They weren’t really talking to me, and I didn’t necessarily trust them. [Instead], I made myself vulnerable. I was like, ‘Hey, I’m one of you. Here’s what it does for me. This is why it works.’ I used my own butt in the before and after picture. And I felt like customers became really connected and loyal.” 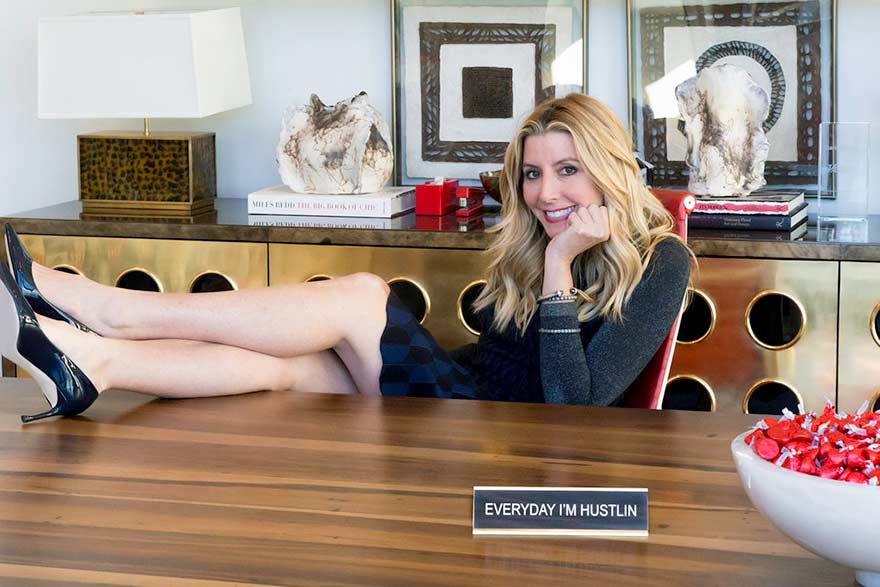 “A lot of people want to start big and think big and oftentimes get ahead of themselves. That can end wildly successful, but it can also cause a lot of problems.

”Sara Blakely At Spanx, new employees go through a training boot camp, and one of the mandatory activities is doing standup comedy. Blakely does this because it helps employees let go of their fears, loosen up, and use humor when selling Spanx products. “I don’t subscribe to the fact that you have to act serious to be taken seriously,” she says. “When I started, I wrote, ‘Don’t worry.

We’ve got your butt covered,’ right on the package. I named my company Spanx, which made people laugh. All of a sudden you had celebrities like Gwyneth Paltrow and Julia Roberts flashing their Spanx on red carpets and saying, ‘I’m wearing Spanx.’ I think it’s because I chose to do humor and people wanted to participate in that. When I cold-called to sell fax machines door-to-door, I learned very quickly that if I could make somebody laugh or smile I’d get another 30 seconds before they’d slam the door in my face.”

In the beginning, Spanx was a one-woman operation and Blakely was in charge of every department at her new company. She was the packer and shipper. She was head of sales. She wrote her own patent to save on legal fees. “I was everything,” she says. 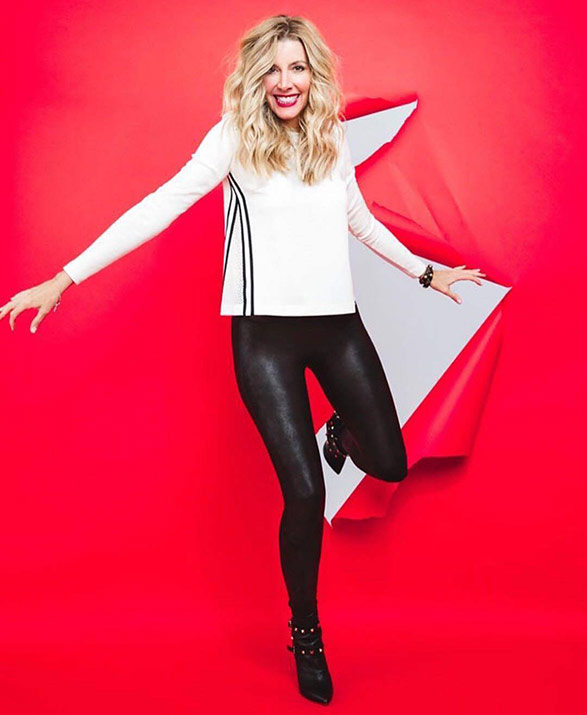 “I was out in the field talking about the product and sharing the story of why it was better. There’s so much about my journey where I was like, ‘I am not going to let my success be contingent on other people. As much as I can control it, help it, navigate it, I’m going to.’” That said, she also suggests “hiring your weaknesses” as soon as you can afford to.
Break the Rules

Blakely has never asked permission to do things her own way. She heard “no” for two years from manufacturers before getting her first Spanx product made. She also didn’t like how masculine the traditional business environment felt, so she turned tradition on its head. “At a cocktail party after I first started Spanx, one guy came up to me and said, ‘Sara, we heard you invented something. I hope you’re ready to go to war. Business is war.’ I remember looking at him and thinking, ‘Why?’ I went home that night and sat on the floor of my apartment and thought, ‘I don’t want to go to war.’ Then this voice inside of my head just said, ‘Do it differently. Take a different approach.”

Another time, when her product wasn’t in a visible space at Neiman Marcus, she took matters into her own hands. “I realized that my product was in the sleepiest part of the department store. It was back in the corner and nobody was going there. I immediately went and bought envelope dividers, put Spanx in them, and I ran around Neiman Marcus and put them at every register. By the time somebody figured out that nobody else had approved it — because everybody thought somebody else approved it — it was so successful that the head of Neiman’s was like, ‘Whatever this girl’s doing, let her keep doing it.’”