Nicolas Berggruen (54) was born in Paris, went to boarding school in Switzerland, attended university in New York, and began his investing career in London. What followed was a legendary career in finance and a life spent primarily in hotel suites and aeroplanes around the world

Nicolas started out with a trust fund of $250,000 and is now worth over $2.3 billion. He’s spent his life turning around companies in Europe and has also put time and funds into improving things here state-side (he’s invested in public work efforts in Oregon and California).

Nowadays, the German and American dual citizen travels the world in his private jet, lives out of hotels and has been dubbed the “homeless billionaire” by the press.

So, why would a billionaire choose to live in an apartment in a mid-century, high-rise tower block? The answer could be found as soon as you step through the front door of Nicolas Berggruen’s home on one of the upper floors of Sierra Towers, and take a moment to contemplate life, the universe and everything.

Floor-to-ceiling windows running the width of the palatial apartment create a view that serves up the whole of Los Angeles on one big, breathtaking platter — from the hills to the east and the green oasis that is Beverly Hills below to the clustered skyscrapers of Century and Culver Cities, and the sweep of Santa Monica Bay with the shimmering Pacific Ocean beyond.

“The Peninsula was great,” Berggruen says of the five-star hotel that served as his former LA residence. “But it didn’t have a view.” 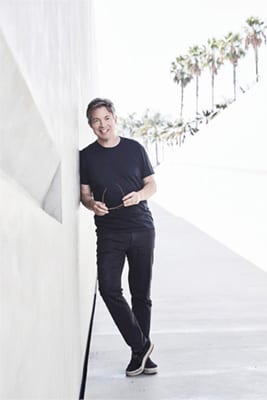 That Berggruen, who has made a fortune — almost $2bn, according to Forbes — investing mainly in real estate, should be interested in anything associated with settling down may come as a surprise: for years, he was known as the homeless billionaire, jetting around the globe in his Gulfstream while living and working out of the world’s finest hotels.

The son of Heinz Berggruen, the German art collector, and Bettina Moissi, a German actress, Berggruen grew up in Paris in a predominantly German-speaking household. He studied finance and international business at New York University. His father then lent him $250,000 to kick-start his investing career and made it clear he expected to be repaid.

In the past, Berggruen, who was known for his A-list parties at Davos and his annual Oscars bashes at LA’s Château Marmont Hotel, was often photographed in glitzy settings with even glitzier women hanging on his shoulder.

But the 56-year-old bachelor, who holds German and American citizenship, says that he has finally decided to put down roots because he has entered a new chapter of his life. “It’s a rediscovery of the curiosity that I have always had for the world of ideas,” he says. “I took a long detour in business but I have come back to it.”

Two forces have been at work. The first is having children following the 2016 births (from the same egg donor and two surrogates) of Olympia and Alexander, biological sister and brother, who are barely three weeks apart.

“I felt the same hormonal need that I think a lot of women must experience,” he says of having children. “It was an urge to create a life beyond one’s own but that is still connected.” He lives with his children and sees them every day, even taking them and their nanny on his numerous international business trips.

The second force is his Berggruen Institute, a think-tank he founded in 2010 with the mission to develop “new ideas to shape political, economic and social institutions in an era of Great Transformations”.

“We are totally independent, we can think very long term, and we can focus on key ideas that will improve humanity,” he says of the institute. “We may never get there but we are willing to take the risk.”

The institute is young but its reputation is growing. Among its many activities, it puts up a $1m purse — similar to that of a Nobel Prize — every year to somebody whose work in the area of philosophy and culture have “profoundly shaped human self-understanding”. Last month, the prize went to British-born philosopher Onora O’Neill. The Institute described her work as “a critical development of the Kantian tradition in ethics, in which she combines profound historical scholarship with a deep analysis of the central questions of moral life”. 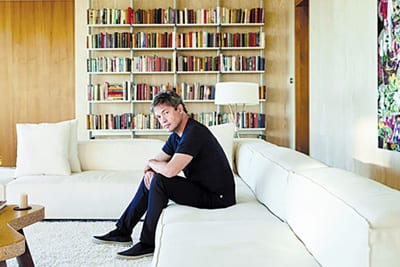 In 2015, Berggruen’s institute, for which he has set aside $500m in funding, bought 447 acres of land in the Santa Monica mountains for a Scholars’ Campus. This “secular monastery”, as he describes it, is a startling Herzog & de Meuron-designed centre in which up to 50 visiting thinkers from around the world will be able to find the time and space to deepen their ideas.

With such lofty goals, why settle in LA, a city that is so often tagged as superficial, void of history or even a true centre? “New York is a very exciting, most dynamic city but it owns you,” he says. “Being in LA is about to open space, not just physical but also mental. It’s more a state of mind than a city.” Besides, he says, “An American west coast is a place that has always been about the future. It is open to new ideas and is non-judgmental”.

Berggruen has occasionally been described as a Mick Jagger lookalike. On this particularly hot afternoon, he wears fitted black cotton trousers, a slim black T-shirt and aviator-style Ray-Bans. “I wear these because I suffer from migraines,” he explains, pointing at the black lenses.

Every year, the night before the Oscars, Berggruen throws a party in Los Angeles. Celebrities like Leonardo DiCaprio and Paris Hilton have been known to attend.

Looking around his home — he also owns a $40m mansion in LA’s Holmby Hills but has no plans to live there — gives glimpses into a man with a hawk eye for detail and design, and a heightened passion for art.

The south-facing apartment is one long, open space with a huge living room at its centre. Open-ended bookshelves house hundreds of tomes. Several rows are taken up by books about China — a present, he says, from his friend David Tang, the bon vivant, luxury goods entrepreneur and Financial Times columnist, who died this year.

However, Berggruen stays at a hotel in California for several months of the year and has recently been politically active in helping the near-bankrupt state. He’s promised to donate $20 million to back proposals that he Think Long Committee for California proposes for the state. The committee is made up of high powered names such as Google CEO Eric Schmidt and former Secretary of State Condoleezza Rice.

The interest in art is perhaps unsurprising given his family background: his German-Jewish father was not only an important art collector but also a personal friend of Picasso when he eventually settled in Paris after fleeing Nazi Germany for the US. Olivier, Berggruen’s brother, is an influential New York-based art historian and curator.

On the eastern wing of the apartment, Berggruen has arranged a collection of 20th-century furniture, including a sofa and two armchairs upholstered in white, and a square wooden table and chairs designed by Pierre Jeanneret, cousin and collaborator of Le Corbusier. On top of the table sits the exquisite chess set that surrealist artist Man Ray designed between 1920 and 1924.

Berggruen owns other apartments in the Sierra Towers and uses this floor for working, thinking, relaxing and occasionally inviting friends and guests. He prefers staff to prepare his meals elsewhere, as he does not like the smell of cooking. That may explain why the small galley-style kitchen, with its minimalist wooden cabinets and pristine work surfaces, looks more like a period of art installation than a place for making dinner.

The modular arrangement is working well for this new chapter of his life, it seems. “I realised that living in a high-rise meant that I could add apartments,” he says. “I have created a house — a vertical home — within a building.”

Today Berggruen is in talks to start Africa’s first regional commodities exchange with the East African Community—an organization of countries from Kenya to Burundi.