Alkiviades ‘Alki’ David is heir to the Coca-Cola Hellenic shipping and bottling company, and is one of the most famous entrepreneurs, known for his diverse interests and business ventures. He is also a successful producer and actor, but also one of Hollywood’s biggest troublemakers

David was born in 1968 in Nigeria, West Africa. He attended school in Switzerland, where his father was a managing director at the Hellenic Bottling Company that went on to merge with Coca-Cola Beverages in 2000. He spent some time serving in the army, after which he decided to study film at the Royal College of Art in London.

After earning his degree, he headed to Los Angeles, where he spent eight years living and working and was, among other things, the co-owner of a film production company. He returned to London in 1998, where he co-founded an agency called Independent Models.

David wasn’t really sure what he wanted to do, which is why he tried his hand at various jobs. He worked at Coca-Cola as a laboratory analyst, served as a commodities broker on world markets, worked at a fish farm, coached water skiing, spent time as an advertising salesman and even as a scuba diving instructor.

David’s past may seem a little dubious, but his present is fabulous. Following graduation from the Royal College of Art, he got into producing films – a venture that took him to California’s Beverly Hills, where he founded a facility named the Beverly Hills Video Group.

He spent the next seven years working there, establishing important contacts and forging business relations that proved extremely useful for his later direction and acting career. At the age of 27 he established BIOS; a non-profit foundation that worked to preserve and conserve the nature of the Greek islands, and to educate people on marine conservation issues. This foundation also sponsors an annual free-diving event held on the Greek island of Spetses, where David’s home is located.

David sold the Beverly Hills Video Group and returned to London to launch a joint venture with ICM Europe Chairman Duncan Heath. This business endeavour comprised a television production company and renowned modelling agency ICM Models. David returned to acting with an eminent mini-series aired on channel TNT called ‘The Grid’. As a talented writer and producer credited with authoring The Freediver and The Fishtales, he produced a series of short YouTube videos that endorsed the reality show ‘Killing the Cheeky Girls’, along with prank videos named ‘Road to Hell’. He has also appeared in some films, including ‘The Bank Job’ and some others screened on UK TV.

At his Beverly Hills mansion, Alki David, one of Hollywood’s biggest troublemakers, is showing his guests the 16,200-square-foot palace that, according to records, cost him $16.5 million in 2010, one of many places that Alki likes to relax

David is currently responsible for operating and managing FilmOn, a media company that he personally founded, as well as some other companies in Los Angeles and London. Moreover, he is also the owner of ‘Rock Label’, which he distributes via Universal Music UK. Alongside this, he also owns an internet-based modelling agency and content development agency. David has a personal net worth of $1.9 billion and ranked 47th on the Sunday Times’ Rich List.

At his Beverly Hills mansion, Alki David, one of Hollywood’s biggest troublemakers, is showing his guests the 16,200-square-foot palace that, according to records, cost him $16.5 million in 2010. It’s one of many places where Alki – as everyone calls him — likes to relax. Others include a mansion in Greece, a ski lodge in Switzerland and several properties in the UK. His State-side residence allows him to consider the Hollywood of years past — his home used to serve as Mary Pickford’s hunting grounds, while his neighbours’ mansions once belonged to Sammy Davis Jr. and Charlie Chaplin — as well as to be shoulder-to-shoulder with celebrity neighbours, like newcomers David and Victoria Beckham. 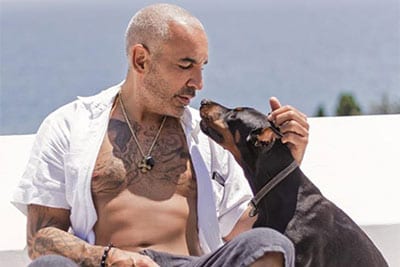 On this particular night, this 44-year-old Greek immigrant is hosting a soiree – if you can call it that. In truth, producers are filming a “party” for an upcoming TLC reality show tentatively entitled Trophy Wives, which will feature his third wife – model and fashion designer Jennifer Stano (he’s has two sons, Andrew (17) and Alexander (15), from his first marriage). As a DJ plays something that sounds like electro-porn-funk at barely audible levels, so as not to interfere with the show’s production, the cast moves around the “party” with cameramen tracking them throughout. Alki, after changing $1,500 silk shirts twice so he’ll look good on camera, regales a crowd of admirers with the tale of how a few days earlier he phoned his wife’s modelling agency pretending to be a ‘john’ requesting a hooker.

The whole scene has an eerie, fun house-like quality. But here stands a guy trying to shake up the $22-billion-a-year TV business by operating what might be the world’s biggest TV streaming service, FilmOn, a company with 85 employees that operates out of a surprisingly nondescript building in Beverly Hills. Well, it is at least nondescript for a guy who owns 12 cars – including the last ever handcrafted Aston Martin convertible — three yachts and a Triumph Bonneville motorcycle that once belonged to the Sex Pistols’ Steve Jones.

FilmOn, to put it simply, uses millions of small antennas to retransmit live TV, along with films and original content, to computers and mobile devices worldwide. The company makes $24 million a year thanks to subscribers who pay between $11.95 and $17.90 a month, as well as licensing FilmOn to companies like Lenovo (all of its new computers will have FilmOn preloaded). As a result, Alki has been sued in federal court by CBS, NBC, ABC and Fox for copyright infringement caused by the co-opting of their network feed to service his tens of thousands of customers.

When Barry Diller’s Aereo, which provides a similar TV-streaming service, received judicial approval – on the grounds that Aereo was just capturing public airwaves and transmitting unique signals for each of its individual subscribers – Alki started a new website, calling it BarryDriller.com, to get around the existing lawsuits and just kept on streaming. Of course, this led to a new round of litigation, most recently from Diller in late August 2012, claiming that Alki had created BarryDriller. com to “mislead the public into believing that the defendant’s service has been judicially sanctioned”. In late September that year, a judge granted Diller’s request for a preliminary injunction, but Alki remains undeterred.

The same guy who lives in the heart of Beverly Hills, gallivanting around in front of the glare of reality TV cameras, has been served legal papers which allege, among other things, that he threatened “every revenue model supporting the United States television industry”.

Finally, David was arrested on 9th May on multiple drug charges after flying to the Caribbean island of St. Kitts on a private jet loaded with 5,000 cannabis plants, seeds, and cannabidiol valued at $1.3 million

Alki, a self-professed eccentric, is undeniably a punk. He doesn’t have the renowned status of Diller. He says things like, “bucking the trend is inspiring; it makes me realise I exist”. However, he also has a 10-figure war chest (he’s poured $17 million into FilmOn) and a new coterie of bad-boy partners – including Charlie Sheen, Ice-T and Andy Dick – who have joined his revolution.

Alki’s backers don’t mind that he is the type of renegade businessman who will offer $1 million to anybody who would streak in front of President Obama (as he did in August 2010), try to engineer a $10 million purse for a boxing match between Chris Brown and Drake, and trick news outlets into believing he had provided the first live webcast of an assisted suicide. And if Sheen and Ice-T care that Alki’s TV-streaming service is subject to lawsuits, it certainly hasn’t been enough to compel the actors to resign from FilmOn’s board of directors.

Alki has also used some of his personal wealth to venture into the world of independent film, writing, directing, producing and starring in 2004’s Freediver and 2007’s Fishtales. “I remember filming the ending scene,” says Matthew Rhodes, one of Freediver’s producers and now president of Mandalay Vision. “Alki yells ‘Action!,’ dives a couple of hundred metres off a yacht jumps on a jet ski, ride it, grabs a girl dying in the water, with helicopters all the while buzzing from above. I just sat there and said, ‘You got to be kidding me’.”

In the process of producing those films, Alki felt he was being ripped off by distributors. Coming from a family of shipowners, Alki is sensitive about “pirates”, who he believes are all over Hollywood. That’s why he developed a digital-delivery system to deliver trailers and full-length reels directly to buyers. 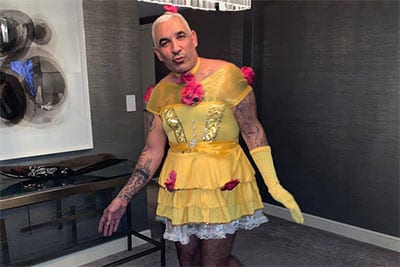 Alki says he realised that going through brokers didn’t make as much sense as going straight to consumers, so his system eventually evolved into FilmOn. Today, despite his legal woes, he streams about 160 live TV channels worldwide, including his new L.A.-based, over-the-air station KILM, which was launched in September 2012 and is available on cable TV in more than five million homes in the Los Angeles area.

Finally, David was arrested on 9th May this year on multiple drug charges after flying to the Caribbean island of St. Kitts on a private jet loaded with 5,000 cannabis plants, seeds and cannabidiol valued at $1.3 million. The Royal St. Christopher and Nevis Police Force reported that David was charged with Possession of Controlled Drugs, Possession with Intent to Supply and Importation of a Controlled Drug into the Federation. David refutes the charges.

David says he is working to create a major consortium of cannabis growers throughout the Caribbean and wanted to start a farming operation on St. Kitts. Originally detained on 7th May, David was formally arrested two days later, with bail set at $300,000. Released the day after his arrest, David jetted back to Burbank,, California, without his cannabis plants, which the authorities of St. Kitts and Nevis seized as evidence. David is due back in court on 23rd September.

As an entrepreneur, David has branched out into multiple businesses, including CBD. “The Eastern Caribbean is in a perfect position as cannabis shifts from being an illegal $400 billion business globally to a legal one worth 10 times that,” he told the Jamaica Observer. “It will be the Silicon Valley of cannabis, the Wall Street, the Hollywood,” he added. A spokesperson for David stated the St. Kitts-Nevis project would create thousands of jobs and double the GDP of St. Kitts-Nevis in just two to three years.

That’s all you need to know about Alki David and how his St. Kitts cannabis deal went up in smoke.

“Once you get past this image of an eccentric billionaire doing these acts of ridiculous Impressionism,” says Alki of his business philosophy, “I’m more of a Dali than a Picasso.”