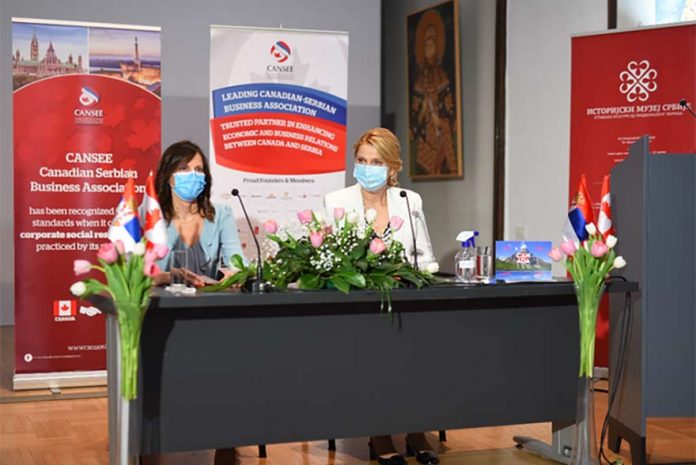 Microsoft has agreed to buy the AI...
Read more 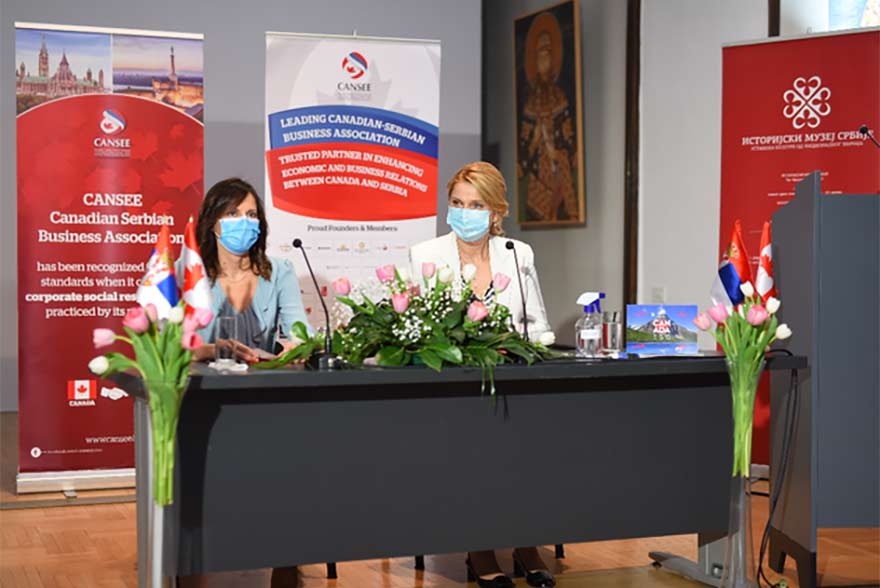 Due to the recommended precautionary health and safety measures, for the first time this CANSEE General Assembly was held in a hybrid format meaning that some members were able to attend in person and the rest of valuable members followed the Assembly LIVE via Zoom platform online.

Mirjana Doncic Beaton, CANSEE Managing Director, welcomed the attendees with a short speech and expressed her gratitude to all CANSEE members, partners, and friends that have been supporting CANSEE during all these years. She was honored and greatly thankful to Ms. Dušica Bojić, Museum’s Director who has, in these challenging times, given CANSEE an opportunity to host its members in their magnificent premises. Mr. Nikola Milikić, Museum’s Curator, was invited to the stand.

On behalf of the Historical Museum of Serbia Mr. Nikola Milikić welcomed all guests: CANSEE Members and Embassy of Canada representatives, and expressed great pleasure that CANSEE has chosen their premises for this extraordinary occasion. He shortly explained the unusual history of the museum building which often changed its purpose, from being a bank through being political and cultural institutions, including the History Museum of Serbia.

Ms. Dragana Davidović, CANSEE President of the Board of Directors, greeted the guests and thanked the hosts led by the Director of the museum, Ms. Dušica Bojić and her exceptional team who enabled CANSEE to hold the general assembly in these trying times caused by this year’s pandemic. As well, she stated that the Board of Director Members are highly motivated to support the organization, management, and its members with all their efforts in achieving the best possible results for the Association.

Following the GA session, exclusive tour to the new premises of the Historical Museum of Serbia at the Old Belgrade Railway Station at the newly opened Savski trg 2 with the Museum’s curators was organized.

On 21 January the Embassy of Canada in Serbia hosted a seminar "Trilateral Dialogue on CSR - Canada's Experience" with the aim of promoting...
Read more

CANSEE Canadian Serbian Business Association, the Embassy of Canada to Serbia and the Association of Business Women in Serbia have gathered 40 ladies that...
Read more

CANSEE Canadian Serbian Business Association, the Embassy of Canada to Serbia and the Association of Business Women in Serbia have gathered 40 ladies that...
Read more

A traditional multinational meeting gathered members of the many foreign chambers of commerce in Belgrade, business associations and alliances. Hosts of the cocktail were French...
Read more
Cord MagazineLeaders Meeting Point