With the luxury saloon EQS and the...
Read more

Announced The Winners Of The Jubilee Fifteenth VIRTUS Award For Philanthropy

For the fifteenth time, the Trag Foundation...
Read more

COTRUGLI MBA Triathlon – Opportunity That Arises Once Every 20 Generations

To commemorate the enrolment of the jubilee...
Read more

Traditional humanitarian run CorD Charity Masters was held on 15th May as a part of the 35th Belgrade Marathon. This...
Read more
1 July 2019
Facebook
Twitter
Email

In a large-scale campaign of cleansing the Danube riverbanks in seven cities, more than 2.5 tons of packaging waste was collected and around 2 kilometres of the banks was cleansed.

The campaign gathered about 350 volunteers in Apatin, Sombor, Novi Sad, Belgrade, Smederevo, Golubac and Kladovo, whose engagement in marking the International Danube River Day contributed to the preservation of the living environment and the reduction of packaging waste.

The riverbanks cleansing was organised by the Coca-Cola system in Serbia, in a partnership with the Let’s do it Srbija organisation, joined by numerous citizens and the company employees.

The campaign also included the announcement of a winner in a contest for the most successful school in packaging waste collection, called in early June by the Coca-Cola system and the national parent-teacher organisation of Serbia. The award of 10,000 euros for schoolyard refurbishment was won by students of the “Nikola Tesla” School from Apatin. Owing to this contest only, where secondary schools from seven Danube cities participated, more than 2 tons of packaging was collected. 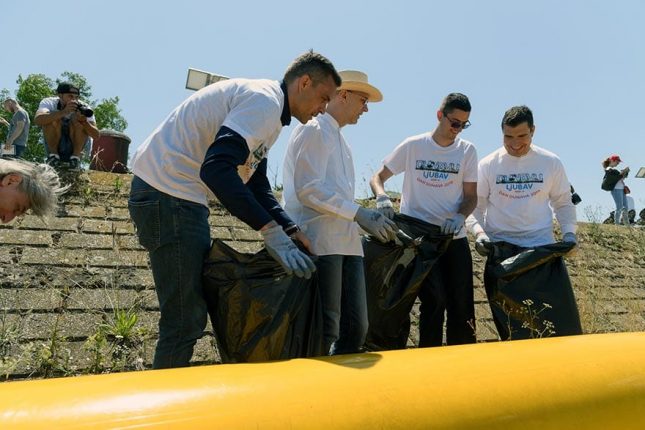 “For nearly 15 years, as one of the initiators of marking the International Danube River Day, we have been executing numerous initiatives aimed at protecting the Danube basin in our country. In the previous period, we have donated eco-parks to citizens of four cities: Apatin, Novi Sad, Smederevo and Sombor, and by marking this significant date we strive to inspire the local community to focus more attention to the eco-system preservation together. Many volunteers and impressive results we have accomplished confirm growing environmental awareness, with the Coca-Cola system’s commitment to the preservation of rivers and the packaging waste issue recognised and supported,” said Svetoslav Atanasov, General Manager of Coca-Cola HBC Serbia.

The campaign of cleansing the banks of the most beautiful river in Serbia was supported by the Ministry of Environmental Protection, and Minister Goran Trivan, who proactively joined the campaign, said upon the occasion: “The Coca-Cola system is a company striving to be very responsible towards the environment and that is why we are here today, to symbolically demonstrate how the largest global business goes hand in hand with environmental protection.” 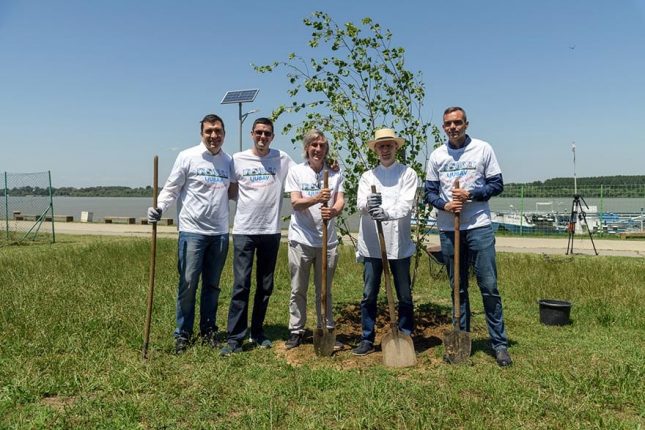 The Coca-Cola system in Serbia has traditionally been organising the International Danube River Day in cooperation with the National Water Directorate and numerous partners since 2004. The company has successfully cooperated with a great number of partners, cities and municipalities in executing many projects on preserving the “European Amazon”. One of the most successful examples is the partnership with WWF (World Wildlife Fund), with which the company has been working on restoring wetlands along the Danube river in the Upper Danube Special Reserve.

Devoted To Consumers And The Community

I believe that, with our arrival on the Montenegrin market and stable operations, we signalled to many investors that this country is a good...
Read more

Recycling Saves Both Planet And Money

In step with the growth of global overheating and increasingly obvious climate change, recycling is becoming increasingly important, because thanks to waste management programmes,...
Read more

Proven Trust Is A Solid Basis For A Long Lasting Partnership

When we joined the market half a century ago, our aim was to bring the best taste to Serbia and provide supreme refreshment. All...
Read more

The first conference on preparing the Draft of the Air Protection Programme in the Republic of Serbia with accompanying Action plan was held. The programme is...
Read more