New opportunities for more intensive economic ties have been opened up to business leaders from Serbia and Turkey, said both Serbian and Turkish presidents Aleksandar Vučić and Recep Tayyip Erdoğan, speaking at a business forum in Belgrade that brought together more than 500 business leaders from 350 companies.

The support of state institutions is key to improving economic cooperation and partnership, said Marko Čadež, president of the Chamber of Commerce & Industry of Serbia (CCIS/PKS).

President Vučić called on business leaders from Turkey to invest in Serbia, insisting that they will never find better conditions for doing business and investing.

President Erdoğan noted that „Serbia is a key country for the Balkans, and President Vučić is a great opportunity for the region… State officials and the business world must jointly create a good business environment.”

Erdoğan also assessed that his visit and the arrival of a large number of businessmen from Turkey represented a turning point in the development of relations between the two countries, which are connected by close historical and cultural ties.

The business forum was organised by the CCIS, within the framework of the official visit of President Erdoğan to Serbia, and with the support of the Foreign Economic Relations Board of Turkey (DEIK) and Halkbank Serbia. 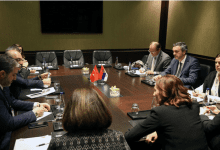 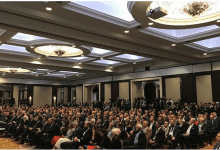 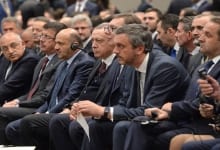 Swiss company Regent Lighting opened a factory in Svilajnac, central Serbia. The factory has an area of 6,500 square meters in Free Zone Svilajnac and...
Read more

The main task of the Representative Office will be to reinforce the links between the economy, trade, and science of Serbia and Israel, the...
Read more
Cord MagazineLeaders Meeting Point