Arthur D. Little Expands Into The Balkans With New Office In Serbia

Satori, one of the world's leading producers...
Read more

On a daily basis in Serbia, five entrepreneurs start a business, 40 workers get hired and duly registered for seasonal work, while 730 applications for registering property are filed to the Cadaster

These numbers illustrate the success of reforms initiated and supported by NALED in 2018 – the introduction of tax exemption for new businesses, simplified engagement of seasonal workers and the development of eCounter as the new system for registering property, being the greatest improvement of the business environment in 2018, initiated and supported by NALED. They came as a result of public private dialogue and stand as an example of successful exchange of good regulatory practices in the region – it was concluded at the 13th annual NALED Assembly in the presence of the highest representatives of the Government of Serbia, businesses, local governments and the international community.

“The path of successful reforms often starts from businesses and local governments, where laws are implemented in practice. When a state shows political leadership and understanding for such initiatives, with the support of international community and associations such as NALED, whose role is to link all stakeholders in the reform process and manage the public private dialogue – the results become certain, and this is strongly confirmed by data. During a period of five months, the tax exemption measure for new businesses was used by even 802 entrepreneurs, in only three months there were 3,554 seasonal workers registered via the web portal and mobile app, while the eCounter system recorded 200,000 applications for registering property during nine months of operation,” said Stanka Pejanović, member of NALED Managing Board and Executive Vice President of Gorenje Group. 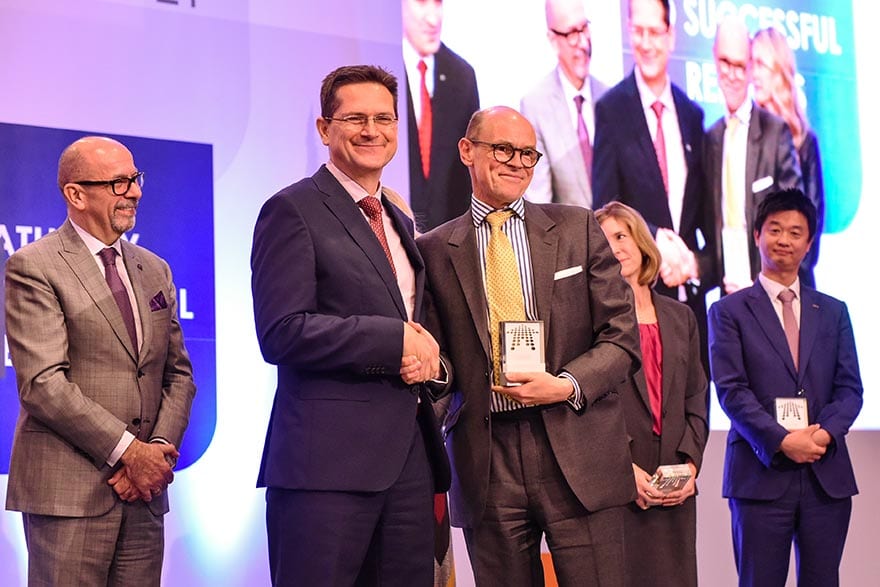 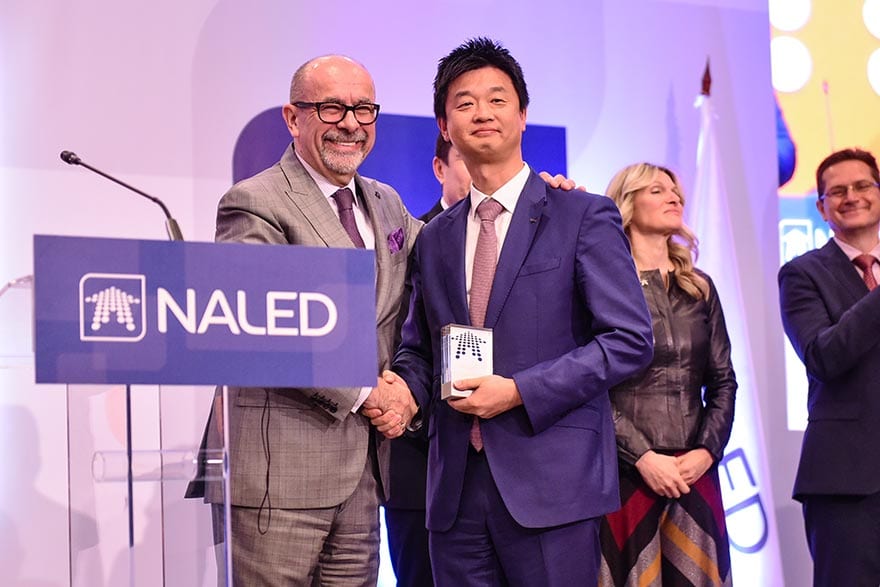 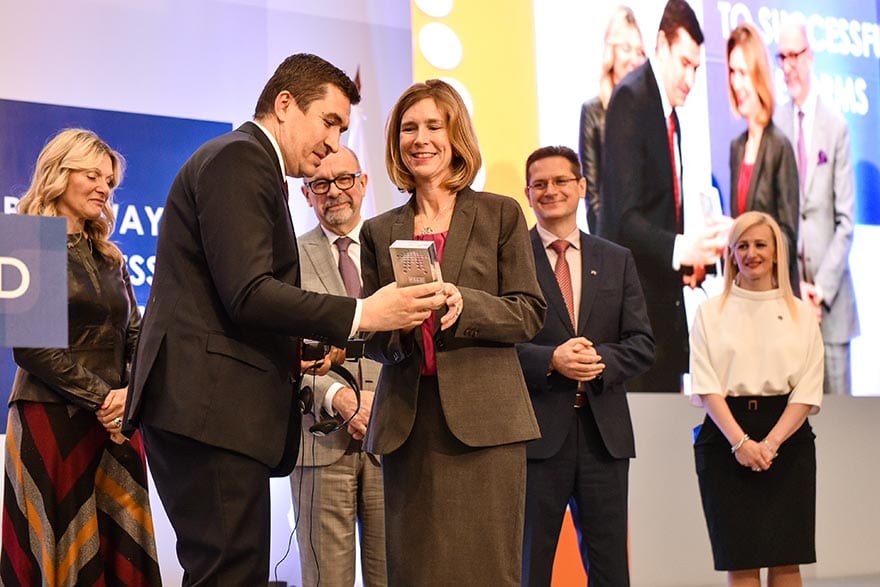 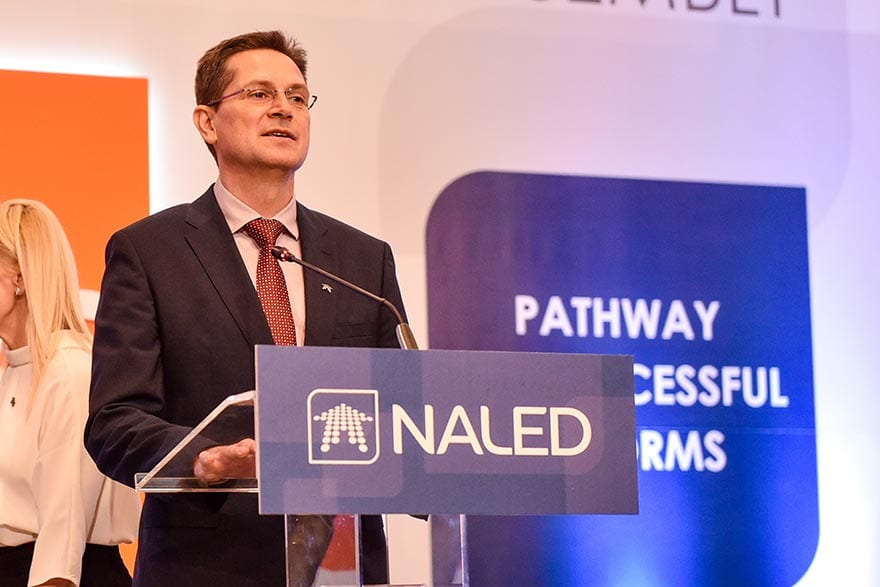 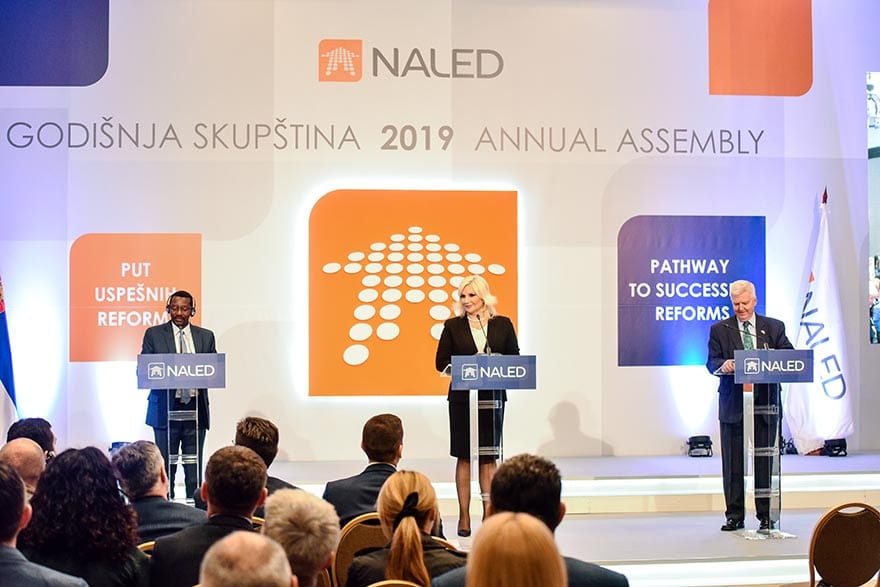 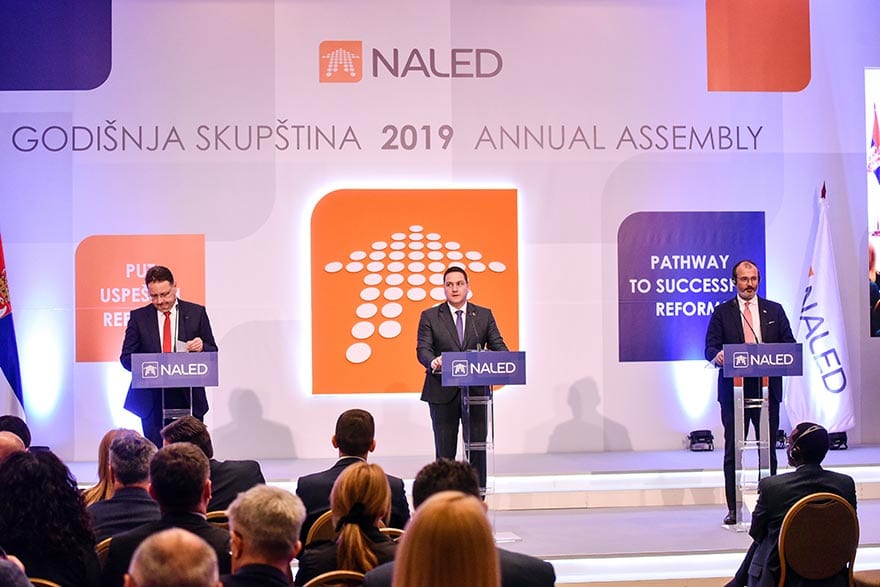 “The construction permitting reform has radically changed the manner of functioning of state and local administration and launched the implementation of e-services with the aim of cutting the red tape. By establishing a Joint group for improving Serbia’s position in the Doing Business list, we showed that the engagement of businesses and the civil sector in the process of defining legislative solutions are necessary in order for a reform to be implemented and successful. Thanks to the electronic system for construction permitting, in 2018 we reached the number of 96,936 annual construction applications, which amounts to 265 applications a day. This piece of data, as well as around 40,000 active construction sites in Serbia, testify well enough about the success of this reform. We expect the same results from the Real Estate Cadaster reform,” said Deputy Prime Minister Mihajlović.

The event highlighted the numerous reforms (construction permitting, Cadaster, seasonal workers…) performed upon the exchange of knowledge and experiences with countries in the region. It was concluded that this practice should be further encouraged with the aim of aligning the business conditions in the Western Balkans, which would make Serbia and the neighboring countries more attractive in the eyes of potential investors, while also stressing the need to use the potentials of already established platforms such as the Regional Business Friendly Environment Network in South East Europe (BFC SEE), by ensuring institutional support for its further work and development.

On this occasion, the key partners in reform realization were awarded NALED Arrow for their contribution to Serbia’s economic development.

This year’s winners of the traditional Arrow are H.E. Arne Bjornstad, Ambassador of the Kingdom of Norway for the support in improving the rule of law, efficiency of inspection oversight and economic empowerment of women in rural areas, Li Sung Gi, General Manager of Korean Agency for Trade and Investment Promotion KOTRA, for the contribution towards the development of e-government and smart cities in Serbia, and Laura Pavlović, Director of USAID’s Office for Democratic and Economic Development, for the support in strengthening the culture of public-private dialogue and empowerment of the civil sector in Serbia.

Countering shadow economy, further reform of Real Estate Cadaster, development of agriculture, improvement of healthcare system and cutting the red tape through e-government – these are the five key reform priorities for NALED, it was confirmed at the annual session of the largest public-private association in the country bringing together 310 businesses, local governments and civil society organizations. The key measures NALED will work in during 2019/2020 include the reduction of the tax burden to salaries, elimination of para-fiscal charges and introduction of public registry of fees and charges, the introduction of electronic public procurement, e-system for registering agricultural households and awarding incentives.