The past seven years have been the...
Read more

The pandemic has blocked Novak Djokovic's march to tennis history, so the 34-year-old may be pinning his hopes on...
Read more
13 September 2019
Facebook
Twitter
Email

Grundfos celebrated their 10-year anniversary in Indjija and opened a new BioBooster plant, the first of its kind outside of Scandinavia.

The ceremony was opened by the minister of economy in Serbia, Goran Knežević, the Danish Ambassador to Serbia, H.E. Anders Hougaard, mayor of Inđija, Vladimir Gak, and the director of Grundfos in Serbia, Veljko Todorović together with the COO of the company, Stephanne Simonetta.

Grundfos now has over 750 employees in the production drive in Indjija and is one of the most sophisticated factories of its kind in the region. They also have managed to put its name on the list of the 10 biggest exporters of Serbia, exporting over 200 million euros worth of products last year. 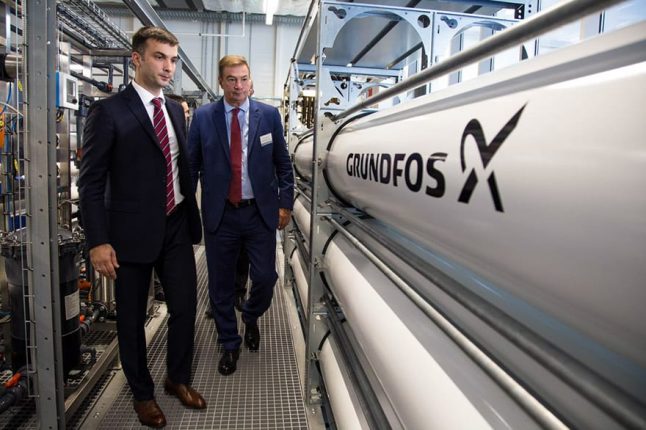 The Ambassador to Serbia, Anders Hougaard said: ”We consider ourselves a world champion when it comes to the UN sustainable development goals, and Grundfos is one of the companies to help Denmark build this image.’’ He also praised Grundfos for being a standing example of the good cooperation between Denmark and Serbia, having proven that Danish investments in Serbia tend to be export-oriented and bring nothing but great contribution to Serbian economic growth and EU integrations.

Minister of economy said, ‘’The fact that this company has successfully been doing business in Serbia for ten years goes to show that Serbia is a good place for foreign investments.’’ He also added that this new plant, worth over 2 million euros will contribute to protecting the environment and that he believes Grundfos will also continue with developing and creating new job openings in Inđija.

The director of Grundfos, Serbia, Veljko Todorović announced that this investment will provide an even more efficient production with a reduced water consumption and an even better care for the environment, while the mayor of Inđija, Vladimir Gak announced that there will be ten new foreign companies in the industrial park to be neighbours to Grundfos.

The Bio-Booster is the only plant of its kind outside of Scandinavia. It is energy efficient and modular, as well as enabling companies or the public sector to set this solution up and shortly start wastewater treatment.

Grundfos will use this plant to not only reduce their own water consumption and increase recycling level when it comes to water, but these capacities will be offered to other companies in Inđija for their own use, as mentioned by the company’s officials.

It Pays To Be Green

Serbian citizens are painfully aware of climate change, biodiversity loss and resource scarcity, and – regardless of their political aspirations – they strive to...
Read more

Pollution Doesn’t Have A Nationality

The Nordic countries understand that pollution doesn’t respect borders and that environmental cooperation among countries can benefit all. That’s why we are eager to...
Read more

Proven Business Across The Nordic Market

Elnos Group is a domestic company that considers Sweden, Iceland and Norway as its second home. Headquartered in Southeast Europe, it operates throughout the...
Read more

Examples Of Good Practice From Denmark

The Circular Economy Is An Inspiring Journey

Climate change, biodiversity loss and resource scarcity oblige us all to rethink our businesses and our responsibility. The fact that we, at Odense Waste...
Read more

At 21.16 metres in height, it is more than 3 metres taller than the previous holder, says Guinness World Records The world’s tallest sandcastle has...
Read more