By investing in a new production line, we continue to invest in Serbia, which clearly shows our determination to continue with growth, development and employment. We encourage the efforts of the state to curb the grey economy and to raise citizens’ awareness of the importance of paying taxes

Japan Tobacco International (JTI) is the largest Japanese investor in Serbia and one of the top five taxpayers in Serbia with $2 billion paid into the budget from 2006 to 2018. During this period it greatly increased the number of its staff, expanded production and increased exports. We discussed the company’s plans and the business climate with Goran Pekez, JTI Corporate Affairs and Communications Director.

JTI has recently opened a new production line that is part of a €7 million investment cycle. How do you assess the business environment and the government’s efforts to ensure good conditions for foreign investors?

By investing in a new production line, we continue to invest in Serbia, which clearly shows our determination to continue with growth, development and employment.

Since the purchase of the Tobacco industry Senta in 2006, JTI has invested more than $180 million in Serbia, tripled the number of its staff from 84 to 290, launched the production of cigarettes and their export to the markets of Montenegro, Bosnia-Herzegovina, Macedonia and Albania, and begun to export tobacco and cigarettes to the EU.

From 2006 to date, the value of exports has amounted to almost $230 million, while the share of the company on the Serbian market during the same period has tripled. JTI is one of the top five taxpayers in Serbia with $2 billion paid into the budget between 2006 and 2018.

As the only foreign buyer of Serbian tobacco, JTI is the largest tobacco producer in Serbia, employing around 1,000 staff in Belgrade and Senta, including tobacco growers, members of their families, and seasonal workers.

You mentioned the grey economy, why is the fight against smuggling and illicit trade important for the economy, but also for the citizens of a country?

– The main point is that smuggling and illicit trade not only affect the budget revenues that could be used to improve the standard of Serbian citizens, but they also affect Serbian companies that operate legally, employ workers, pay salaries and related taxes and contributions.

Illicit trade in such an economy creates unfair competition. Legal producers are unable to compete because the smuggled goods are initially cheaper: 10% to 20% just in taxes, plus the cost of administrative procedures that a legal company has to go through to market the goods.

That is why it is important to have a comprehensive effort of the state, businesses, various governmental and non-governmental institutions and citizens against smuggling, but it is also important to educate citizens about the importance of paying taxes and of legal business for the whole country, for ourselves and our families.

How can the problem of the grey economy be solved? What can the state do, and what is the role of the private sector?

– Industries on whose business the grey economy has a strong impact have knowledge and experience from other markets where they have encountered the same problem, and are very willing to share their practices in Serbia as well. Some of the ways are education, active participation in various business associations, such as the Japanese Business Alliance, FIC, AmCham, NALED, and above all, in continuous contact with the responsible state authorities. 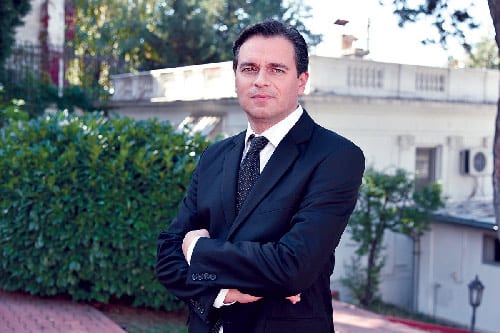 Only joint efforts, a dialogue between the industry and the state can solve the problem of the grey economy. A good example is the Coordination Body for directing activities to reduce the grey economy headed by the minister of finance.

Besides this, the adoption of the Law on Inspection Supervision has improved the regulatory framework for the work of inspectorates, and here we see clear results. Every year, there are more and more smuggled excise goods seized – coffee, cigarettes, cut tobacco, petroleum products and alcoholic beverages. Only last year, the Tax Administration seized tobacco for a value of 280 million dinars and filed 365 criminal charges.

However, in the illicit tobacco trade it is noticeable that there are no appropriate penalties and convictions for smugglers and illegal traders in Serbia. The point is that the grey economy and smuggling flourish where profit is high while the risks and penalties are still insufficient.

Serbia has taken important steps to combat the grey economy in this sector, but in the illicit tobacco trade it is noticeable that there are no appropriate penalties and convictions for smugglers and illegal traders in Serbia

– We can say that, although Kaizen is so widely accepted today that companies implement it on a regular basis, regardless of where they come from. The JTI factory in Senta is the first factory in Serbia that fully applies Kaizen, and since the beginning of its implementation in 2008 productivity has increased by 50%, while rejects have been reduced by as much as 70%. This experience shows that Kaizen is one of the recipes for success on the market and that is why every year JTI gives interested companies direct access and insight into how Kaizen principles work in practice.

Basically, Kaizen is the principle of constant “change for the better” with the optimal use of all available resources, with particular emphasis on employees‘ initiatives. Financial investments are small, but changes in the way people work and think are great. Staff are motivated to make suggestions to improve their working environment and the work they do. The best proposals are applied and the proposers are rewarded. A suggestion by one employee at the JTI plant in Senta brought the company savings of as much as $70,000.

JTI supports the decision of the Government of MNE to prohibit the storage of tobacco in Port of Bar and the destruction of the...
Read more

Distinguishing itself as one of the top promoters of the Japanese culture and tradition in Serbia is company Japan Tobacco International. Led by its...
Read more