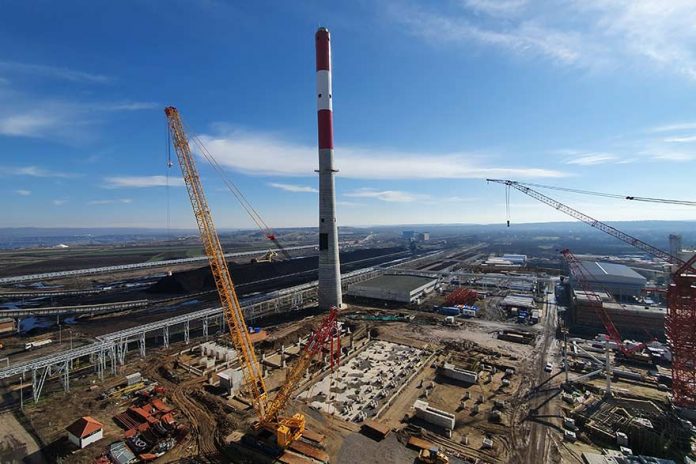 Elektroprivreda Srbije Continues To Invest In 2021 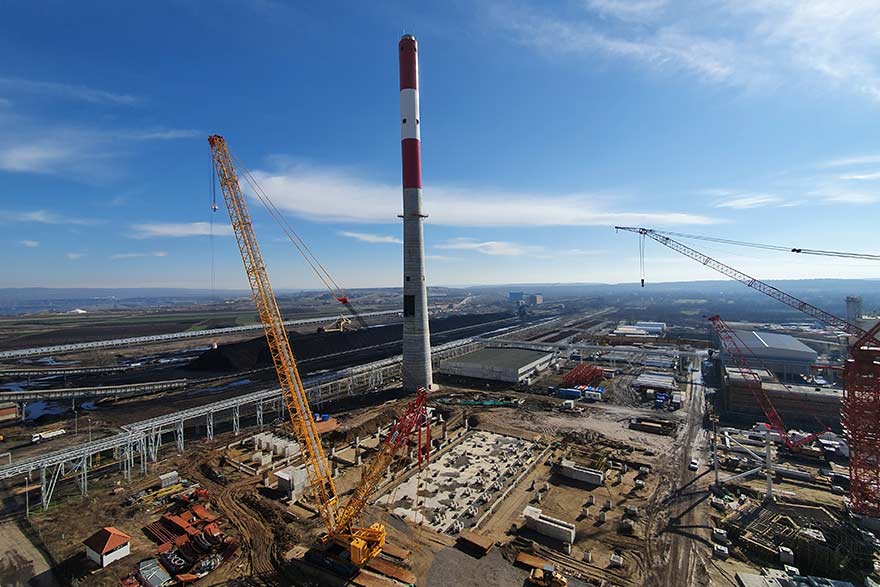 Local companies participate in all EPS projects. This is very important for the growth of the local economy, because EPS directly affects GDP growth of three percent year-on-year and another three percent indirectly through construction and other industries.

The corona virus epidemic did not stop investments in Elektroprivreda Srbije. There are more and more construction sites and projects under way. Last year alone, investments reached almost half a billion euros, and in the last five years, development projects were valued at some two billion euros.

Many projects were once stalled or about to be terminated, however, through the efforts of EPS management and experts, an investment wheel was set in motion in 2016. Thus, EPS meets the obligation to preserve and modernize the existing capacities, but also to ensure the energy security of Serbia by building new ones and increase the share of renewables in the portfolio of the largest energy company. The goal is for EPS to improve the existing thermal power plants, hydro power plants, mining machinery, open modern mines and build new green power plants. The announcement of new investments in the electric power industry gives an incentive for EPS to accelerate previous projects and start as many new ones as possible soon.

Among the most significant projects is the construction of a new 350-megawatt power unit in Kostolac worth USD 618 million. This is the first large electricity generation capacity EPS is building after three decades. EPS will get a modern, efficient unit complying with all local and European environmental criteria and increase Serbian power system security in the long run. The expected annual generation is about 2.2 billion kWh.

In early December 2020, the cornerstone was laid for the desulphurization plant in EPS thermal power plant Nikola Tesla B. It is the third EPS plant that will significantly improve environmental protection and reduce sulphur dioxide emissions by about 20 times. The construction value of the TENT B plant is EUR 210 million, while some EUR 120 million will be realized by domestic companies.

The share of domestic companies is very important for the growth of our economy, because EPS directly affects GDP growth of three percent year-on-year and another three percent indirectly through construction and other industries. Such projects guarantee the future of thermal power plants in Serbia and energy stability – Milorad Grčić, acting director of Elektroprivreda Srbije, said.

“Thanks to the electricity generation from all resources and the implementation of environmental protection projects, EPS creates a sustainable balance and enables significant competitiveness of the Serbian economy.”

EPS has completed the construction of such a plant in the Kostolac B TPP valued at EUR 96 million, while guarantee measurements have shown that the sulphur dioxide emissions are significantly below the current European standard of 200 milligrams per cubic meter. The largest project, which is underway, is worth EUR 217 million and will provide a flue gas desulphurization system for four TENT A units. It is one of the most important regional investments owing to the level of investments and positive environmental effects. Projects are also planned for the remaining two TENT A units, as well as the units of TENT B, Kostolac A TPP and the new Kostolac B3 unit.

Projects for greater use of renewable energy sources have a significant share in the investment cycle. The largest new capacity among them is a 66-megawatt wind farm that will be built in Kostolac. This project is valued at some EUR 100 million, and a total of 20 wind generators will be erected on closed mines and landfills of the TE-KO Kostolac branch. The expected annual generation is about 150 million kilowatt-hours, which is enough to supply about 30,000 households.

The largest hydroelectric power plant in Serbia, Djerdap 1, will increase its capacity by some 10 percent and extend its operating life by 40 years after its units have been refurbished. The plan is for the last, sixth phase, to begin in May. Plans involve refurbishment of all 10 units of the Djerdap 2 HPP, after the first Djerdap hydroelectric power plant has been refurbished, while EPS will get about 50 new megawatts of electricity generation capacity on the Danube.

Investments in new hydro projects are the focus of EPS development, thus meeting its obligations to increase the share of renewables. Together with Elektroprivreda Republike Srpske, after three decades, EPS, as a foreign investor, is joining the project to build three new HPPs on the Drina River, with the capacity of 180 megawatts. The project has been thoroughly prepared, in compliance with the legal and technical procedures, as well as local laws and international standards

The energy system worked reliably throughout the epidemic, thanks to the extra efforts of the employees of Elektroprivreda Srbije . During this time of...
Read more

The major investment cycle of electric utility power company EPS (Electric Power Industry of Serbia) is continuing with increasing intensity throughout Serbia, with the...
Read more

The state company Elektroprivreda Srbije (EPS) began selling green energy to commercial customers, and the first major buyer in Serbia with whom the contract...
Read more

EPS – On The Green Road

The need to advance environmental protection, Serbia’s moving closer to the European Union, and electricity market opening are the main reasons why EPS is...
Read more