Apatin Brewery employees joined a long-standing forestation initiative at Ada Huja, namely its Dunavski park, within the Supernatural Festival. The “May the Forest Be with You” campaign included plating of 30 plane, sallow and ash tree seedlings, as well as 300 common oak ones.

The Supernatural gathered friends, nature and Ada Huja lovers and all those wishing to contribute to the forestation campaign, who also enjoyed a stew and good music. This symbolically marked the first phase of Ada Huja revitalisation. 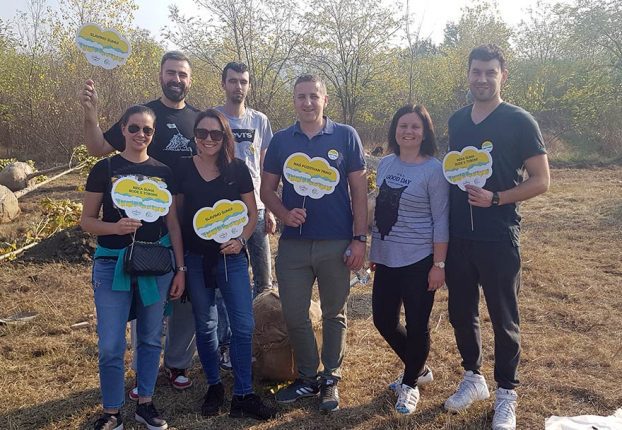 Apatin Brewery aims to constantly achieve a positive impact on business, community and environment where it operates.

Since the first Supernatural Festival in 2011, a part of the island has been regenerated and an ecological and educational park has been established within the project of eliminating the wild landfill at Ada Huja. Eight years later, a forest has grown, with 1,000 new trees, 37 plant species, 91 types of birds, bees and butterflies, 5 gardens with melliferous plants and a myriad of florae and faunae, as the only forest on the right bank of the river Danube in Belgrade. So far, the park has been visited by more than 30,000 people. This year, the project continues with its mission under the “May the Forest Be with You” slogan.

In 2014, Supernatural park was ranked among the top 25 projects in Europe and rewarded by the European Parliament.

Sustainability As A Crucial Part Of Our Business

Corporate social responsibility is a crucial and inseparable part of our company’s operations, both at the global level and individual brewery level. In each...
Read more

Whenever we produce, sell or drink beer, we leave a beer print. The beauty of our responsibility is that we care every day about...
Read more

Results Of The Sepen’s Study On Packaging Waste

The existing system in Serbia requires additional investments and an increase of the waste disposal fee, as well as the strengthening of the packaging...
Read more

With a tradition dating back three centuries, Apatin Brewery is the oldest working brewery in the region. Since being established as the Imperial Brewery,...
Read more

Association of Automobile Journalists of Serbia and Apatinska Pivara (The Apatin Brewery) have once again prepared activations for all visitors of the International Car...
Read more

Draft Law On Charges For The Utilisation Of Public Goods

Finalisation of the Draft Law on Charges for the Utilisation of Public Goods within expected comprehensive reforms of parafiscal charges is welcomed by the...
Read more

“We believe in the power of feedback - clearly defined, formal indicators or informally received suggestions or guidelines, which top management listens to and...
Read more