The Hellenic Business Association of Serbia held the traditional reception of “Vasilopita Cutting”, following the custom that marks beginning of an successful year in the Greek business community.

The event gathered a large number of members and friends of the Association, while Greek businessmen were especially honoured by the Minister of Economy, Mrs. Andjelka Atanaskovic, who attended the reception. The event was also attended by Ambassador of Cypus Mr. Demetrios  Theophylactou and representatives of the Office for Economic and Commercial Affairs of the Embassy of Greece, Mr. Vasilios Skronias and Marios Belibasakis and it was held on 22nd February 2022 in the hotel Hyatt Regency Belgrade.

The President of the HBA, Mr. Stylianos Zakof officially opened the reception and pointed out the following: “The previous period affected the business of all of us as we faced many challenges, but I can proudly say that Greek companies have managed to overcome the difficult conditions imposed by the pandemic, as well as to continue their business activities. The presence of the wider business community in friendly Serbia and its contribution to the local economy remain significant. Greek companies, members of the Association are present in almost all business sectors, such as hotel industry, construction, cement and sugar industry, building materials sector, aluminum profiles, oil trade, banking, food and beverage retail, services, etc.” Mr. Zakof stressed that the Association in the previous period, despite the difficult working conditions, successfully implemented a number of activities and initiatives. Concluding his address, Mr. Zakof wished every success, both personally and professionally to HBA’s members in 2022.

The Minister of Economy, Ms. Andjelka Atanaskovic, stated: “Greece is one of the important economic partners of Serbia. The two countries have traditionally good business cooperation and friendly ties, as well as the willingness to improve economic cooperation.” The Minister pointed out that the cooperation between the two countries is characterized by significant investments of Greek investors, but also that trade between Serbia and Greece has not reached its full potential. She added that there are numerous opportunities for improving bilateral economic cooperation. “I point out the readiness and intention of the Republic of Serbia to support potential investors of the Hellenic Republic in the implementation of their business intentions, having in mind a stable business environment, with a recognizable and attractive investment environment,” the Minister added. Mrs. Atanaskovic wished the audience good health and successful work, as well as good financial results in 2022.

At this year’s event the Hellenic Business Association of Serbia awarded company Balkan Cargo and hotel Hyatt Regency Belgrade for their 10th anniversary of membership.

During the evening, the Vice President of the HBA, Mr. Nikolaos Sliousaregko, presented the custom of Vasilopita, which ended with the traditional cutting of Vasilopita pie. This year, the company Color Media Communications found a lucky gold coin in Vasilopita pie. 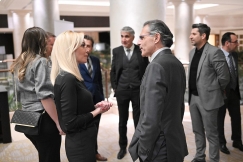 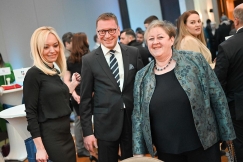 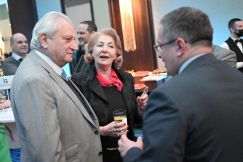 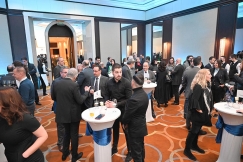 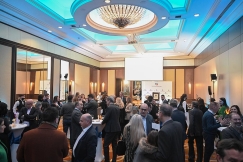 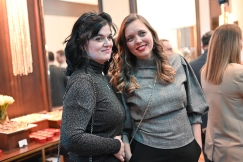 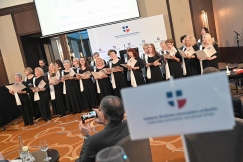 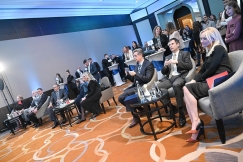 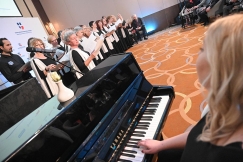 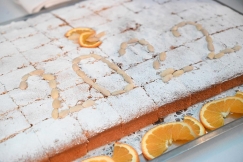 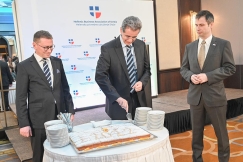 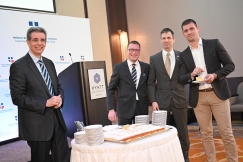 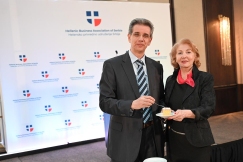 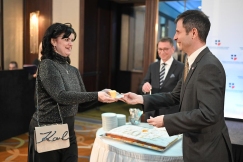 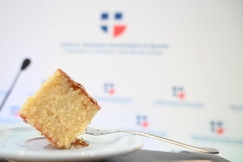 Nikolaos Sliousaregko began his career at Heineken, where he spent 14 years and ended as head of sales for Northern Greece, before going on...
Read more

The Government of Serbia has taken significant steps towards the creating of a stimulating investment environment over recent years, with the aim of incentivising...
Read more

The HBA Finds A Way

The Hellenic Business Association of Serbia aims is to bring the Greek and Serbian markets closer, and also to encourage the continuous improvement of...
Read more

MTU Breaks Ground For The Facility In Serbia – €100 Million Investment

Leading German aircraft engine manufacturer MTU Aero Engine started the construction of its new repair facility at an industrial park in the Municipality of...
Read more