The increase in foreign investments in Serbia...
Read more

Last year was a very important one...
Read more

Shared Mobility is part of the start...
Read more

In a world where the word “innovation”...
Read more

Although the pandemic in the first three months of the current year resulted in exports from Serbia to Slovenia decreasing by about 14 per cent and imports increasing by 22 per cent, it is expected that the return to normality will see intensive cooperation between the two countries completely renewed.

Bilateral relations between Serbia and Slovenia are assessed by both sides as being good and stable. They are characterised by Slovenia’s continuous support to Serbia’s European integration process and mutual interest in the further development and advancement of economic cooperation. Business cooperation between Serbia and Slovenia has shown a trend of increasing trade exchanges in the past few years, by an average of about seven or eight per cent annually.

According to the data of the Statistical Office of the Republic of Serbia, Slovenia ranked 10th in Serbia’s total realised global exports in 2019, while at the level of imports it ranked in 13th place. Slovenia is Serbia’s 9th partner worldwide in terms of total trade exchanges globally. In the previous year, Serbia mostly exported to Slovenia dialysis equipment, electricity, hand tool parts, aluminium alloy products, conductors, parts for rail vehicles and parts for car seats. Meanwhile, in 2019 we imported from Slovenia medicines, parts for cooling devices, cars, parts for rail vehicles, washing machines and copper scrap.

In the first three months of this year, according to the Statistical Office of the Republic of Serbia, exports from Serbia to Slovenia fell by about 14 per cent, while imports increased by 22 per cent, thus creating a significant negative foreign trade balance compared to the first quarter of 2019. The deficit in the trade exchange between Serbia and Slovenia in the first quarter of this year, which amounted to about 38 million euros, is a result of the Coronavirus pandemic and the measures introduced to protect against the spread of infection, which caused a standstill in goods movements in the second half of March 2020.

The number of Serbian companies operating in Slovenia is increasing every year, while the sectors in which they operate are diverse, from agriculture and the food industry, to information technology, tourism and hospitality

A total of 4,409 Serbian companies did business with Slovenia in 2019, with 1,388 of them only exporting to this market, while 2,218 only imported goods from this market and 803 traded in both directions.

According to data from the Business Registers Agency of Serbia, until the beginning of May this year some 1,203 business entities with owners who are citizens of Slovenia, or which represent legal entities registered in Slovenia, were registered in Serbia. 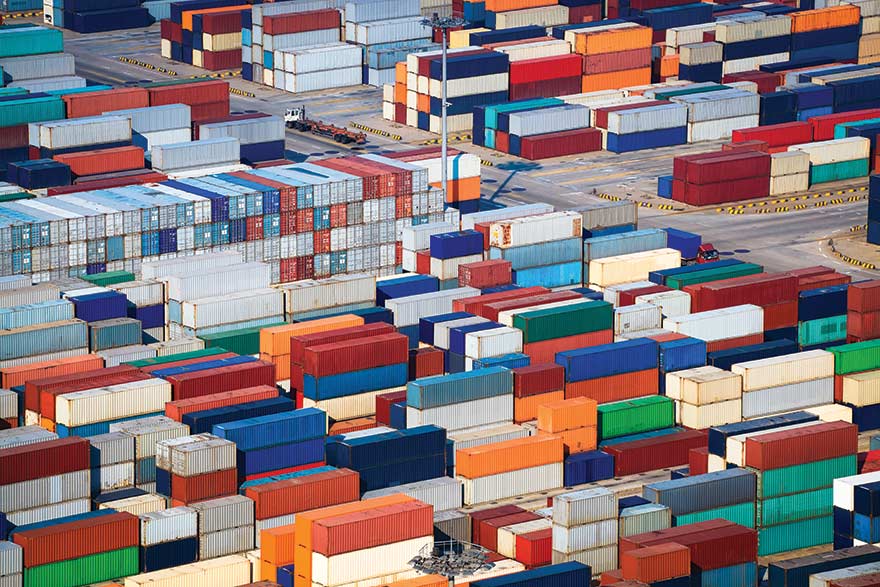 The number of Serbian companies operating in Slovenia is increasing every year, while the sectors in which they operate are diverse, from agriculture and the food industry, via information technology, tourism and hospitality, to transport and infrastructure projects.

Serbian companies are increasingly present in Slovenia’s tourism and hospitality sector, which represents a very important economic sector for this country and provides numerous possibilities for advancement. MK Group is the owner of the Kempinski Hotel, while it also has a stake in Portorož Airport, and Delta Holding owns the Intercontinetal Hotel in Ljubljana.

One of the biggest Serbian investments in Slovenia is that of company Comtrade, which operates in the information technology sector. MK Group also owns AIK Bank Slovenia and has plans to also expand its operations in other sectors in Slovenia.

Bačka Palanka-based company Nektar has been known to Slovenian consumers for years, while company Agromarket from Kragujevac sells seeds and planting material on the Slovenian market, either from its own production range or from the renowned world producers that it represents.

One example that we are very proud of is the fact that company Zlatiborac, from the small town of Mačkat, has been a supplier of Slovenian supermarket chain Mekator since February 2020. Small Serbian family companies, through the brand “Tastes of my region”, successfully entered the Slovenian market in cooperation with Mercator.

The Chamber of Commerce & Industry of Serbia opened an office in Slovenia at the beginning of 2019, which is available to both Serbian entrepreneurs interested in entering this market and to numerous Slovenian companies that already operate in Serbia or plan to do business in our country.

Throughout the state of emergency that was caused by the Coronavirus pandemic, the Chamber of Commerce & Industry of Serbia was approached on a daily basis by a large number of companies that needed to find a way to send their workers to Slovenia to fulfil business agreements. A significant number of companies from Slovenia, via the Chamber of Commerce & Industry of Slovenia, also showed an interest in maintaining business ties during the crisis and realising the obligations they have to companies from Serbia.

Serbia also has significant potential when it comes to providing services, construction and other professional works, assemblies, repairs and installations of machines and devices for partners from Slovenia. After the opening of the borders of the Republic of Serbia and the announced easing of the transporting of passengers from third countries to Slovenia, we expect all Serbian companies to be able to fulfil their agreed business obligations towards Slovenian partners, and vice versa.

At the end of 2019, the Chamber of Commerce & Industry of Serbia, the Chamber of Commerce & Industry of Slovenia and the Embassy of Slovenia in Serbia jointly created the Initiative for joint research and appearances of the Republic of Serbia and the Republic of Slovenia on the African market. The crisis caused by the Coronavirus pandemic will lead to this study being postponed for a while, but certainly represents one of the more significant areas of potential for the development of the economies of our countries.