We Achieved A Historic Record

“In 2017, Krušik achieved the best results in its 79-year history. Revenue was about USD100 million and profit about RSD 1 billion. More than 90 percent of Krušik’s profits come from exports, and our products are sold in over 70 countries worldwide

Krušik’s largest customers are from North America, the Middle East and Africa”, confirmed Krušik Director Mladen Petković, who has run the company for over four years, in an interview with CorD.

Krušik’s average annual revenue growth rate since I have led the company has been 80%, so in 2017 revenues were 8.7 times greater than in 2013 when the company had a loss of RSD 1 billion.

In a few years, more precisely from 2014 until today, we have turned a billion dinar deficit into a billion dinar surplus, which best reflects our business and is a great satisfaction both for management and for all the staff. Since 2014 we have employed 1,700 new workers, 657 in 2017 alone.

Krušik is a global player, judging from the 70 countries to which it exports. Are you satisfied with the competitiveness of your products and the speed at which your company follows new trends, developments and the demands of its international clients?

– A value of USD 240 million in signed contracts alone shows that global demand for our products is satisfactory. We are constantly working on modernising existing products and creating new ones based on new technologies.

Establishment of serial production of parts of the missile programme has significantly influenced Krušik’s position on the world market. Engagement of our full capacity is guaranteed until 2020.

Krušik has both a military and a civilian manufacturing programme. Comparing these two, which is more important for you?

– We are primarily a military producer and for us, the military programme is more important and more profitable. On the one hand, the civilian programme has already become a tradition and generates a certain profit, but on the other, it represents a challenge in confirming that the company is able and ready to deal with such different product lines.

Krušik is world-famous for its mortar programme, but we are also working on a brand new missile programme

Everything we do is tuned to the demands of domestic and global markets and we make decisions after serious analysis not only of the market’s demands but also of its tendencies. For this, we have some really very professional, dedicated and responsible experts, who as team research, analyse and anticipate market trends based on which, among other things, decisions on new programmes, innovations and changes are made.

What are the key factors when planning new products, especially military ones, on what basis do you decide to include a new item in your portfolio?

– On the one hand, the military industry functions on market principles just like civilian industry, that is, on the basis of supply and demand, while on the other hand, we have our own specificities. In 2014, Krušik started an investment cycle by investing in adaptation and reconstruction of our existing capacities and by building new manufacturing plants. 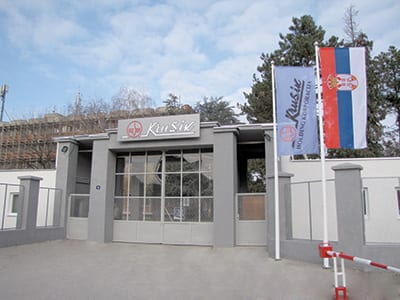 Unlike companies of the same or similar orientation in the world, our company had to be built again from scratch, as it had been significantly damaged during the 1999 bombing. A facility for the production of missile engine chambers worth EUR 9.4 million was built, creating the conditions for serial production of the missile programme.

We invested EUR 10 million to complete the first phase of building a production line for detonators for the Defence Industry of Serbia, which have until now been purchased abroad. In 2018, we have started a new investment cycle worth USD 30 million, and we can say that Krušik will in the coming period be the largest construction site in this part of Serbia.

Krušik is the most desirable employer in your region. Apart from the salaries, which are very attractive for Serbia, what else has influenced this perception of the company?

– Salaries do not give the whole picture of a company. Our production is very specific in many ways and to follow global trends education must be part of our everyday work. Successful business in recent years has led to new jobs, more than 1,700.

Being the most desirable employer is the result of several factors. In addition to salaries, the priorities are the permanent education of staff and building a team spirit in the company

Given our industry and the nature of the manufacturing processes that take place in Krušik, we mostly need electrical and mechanical engineers, CNC machinery operators and other related profiles.

Has your cooperation with local secondary schools been successful, in terms of educating students for professions needed in the company and renewing the staff?

– We are constantly working on professionalization, education and training of our staff. At the same time, the speed of technological change in the military industry follows the speed of change in all other areas. 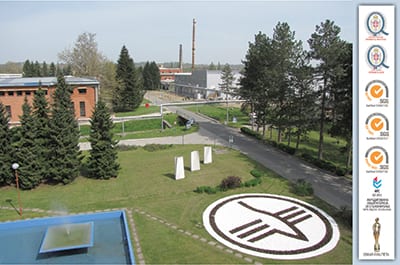 So it is very important to bring in young people, especially engineers and mechanics.

We must raise the heirs of the senior mechanics who have spent their entire working life in Krušik and have become in some way an inseparable part of the company. That is why Krušik signed a Business and Technical Cooperation Agreement with the Technical School in Valjevo, which in the last 20 years had not enrolled students for the profiles of the mill and lathe operators that we need. We have defined practical teaching, student scholarships and, as additional motivation for students, a job in HK Krušik a.d. Valjevo after finishing school.

You have publicly expressed satisfaction with the business environment in Serbia on several occasions. For the company you lead, is there a recommendation that would help further growth and development?

– The business environment in Serbia is good. Ensuring continued revenue growth is a task for company management. I believe that the condition for a company’s survival today is daily monitoring of the market and constant adjustment of products and operations to market demands. This means adopting new technologies, modernising existing ones and developing new products.

Our Company Is Here To Stay

Siemens Mobility:Siemens, a company with a rich history and a pioneer in the field of digitalisation, today offers solutions and technologies that help its...
Read more

UNDP Serbia, in cooperation with UNICEF and WHO, has announced the Clean air challenge to call proposals for innovative...
Read more
Cord MagazineLeaders Meeting Point