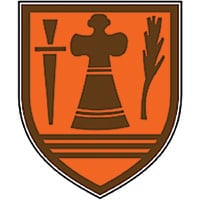 After several years Požarevac is working according to a precisely defined sustainable development strategy or, to put it simply, in accordance with its adopted five-year plan. As mayor Bane Spasović explains to CorD, the emphasis is especially on business, traffic, building infrastructure and environmental and social protection, but the strategy is also concerned with issues of cultural development, sports education…

“The strategy also provides for a quay on the Danube, which introduces one of our greatest advantages. We want to present our tourism potential in Serbia and the region and become an important destination in Serbia, which is also planned in the strategy.

By investing in the race track and the Ljubičevo stud farm, we intend in the coming years to become a sports riding centre, not only in Serbia and the Balkans but in the whole of south-east Europe.

The bearing element of that project is our Ljubičevo horse games, which the state has supported in recent years thanks to president Aleksandar Vučić, who opened the last games”.

What concrete advantages for investors does your town have over other municipalities?

– I think our main trumps cards are our people, or rather the special team formed in the local administration whose purpose is to serve anyone wanting to invest in our town. We also have greenfield and brownfield sites with complete infrastructure, and the advantage is a clear business incentives plan. Then there is the exceptionally important good geographical location, proximity to the motorway and industrious people. All this has brought the first results.

Immofinanz from Austria will open the retail park Stop Shop here, employing 300 people, and the Turkish Ringelsan is making the final preparations for opening a factory in Požarevac which they say will employ over 1,000.

At one time Požarevac received the Grand Prix in cooperation through IPA projects, through the Danube business forum. How much does the development of Požarevac depend on European and domestic funds and projects, and how much can the town finance its own development?

– “European and domestic funds are exceptionally important for the development of Požarevac, above all because they bring resources for projects that are either quite costly for our budget or lie in fields that we are not responsible for as a local authority.

For example, in 2017 we worked with the Agency for Public Investment to completely renovate the Jovan Cvijić primary school in Kostolac, to a total value of around 100 million dinars, then we as a city invested around 200 million more in improving the working conditions in schools and kindergartens.

As a town, we are not responsible for secondary health care, but through IPA funds of about 4 million euros, we will finance the completion of a new city hospital and become a centre for diagnostics and healing of malignant diseases. As for primary health care, we are investing considerable funds this year in the local health centre and in this way we are doing all we can for Požarevac to become a model environment for Serbia.

It is today abundantly clear that fiscal consolidation produced tangible economic results. They can only be sustained through structural reforms, the success of which depends on renewed political and social consensus among key stakeholders, as well as our ability to put aside short-term, partybased and vested interests and enable the improvement of general welfare
Read more

H.E. Junichi Maruyama, Ambassador Of Japan To The Republic Of Serbia

It is important that the country name of Serbia will be much more highly penetrated into the Japanese society due to the Prime minister’s visit. Back in Japan, there must have been a lot of news reporting about the visit. So, ordinary Japanese people will hear more on Serbia; that it is a peaceful country now, that the warfare is over and that they could now consider traveling or investing in Serbia now. That might bring a good opportunity – H. E. Junichi Maruyama
Read more

Time To Strengthen Friendship With Serbia

Today in Serbia there are only two Knights who are members of the Order: the Catholic Archbishop of Belgrade, H.E. Mons. Stanislav Hočevar, and Prince Alexander II Karađorđević. Establishing an Association of Knights of the Order requires at least 10 of them. There is an idea to set up an Order of Malta Friendship Group, to welcome potential future Knights and young volunteers who are ready to collaborate on humanitarian activities
Read more

People Who Hate Are Unhappy

This great Yugoslav actor, who has enjoyed a glittering international film career, talks about how – as a Serb from Croatia - he left a country at war in the 1990s, which is why hatred is a foreign word to him, and he teaches his students in Rijeka about that today. He has been a guest in the home of famous Croatian writer Miroslav Krleža, and long ago he drove today's Croatian Prime Minister to basketball training with his own sone when they were kids. He has shot films with global stars, but for him the only remaining Hollywood great is Warren Beatty
Read more

According to the World Economic Forum’s most recent Global Gender Gap Report, progress toward gender equality eroded last year. For the first time since 2006, when the annual employment study was launched, the percentage of women working in most industries shifted “into reverse.” The slide was particularly acute for women in software and technology development
Read more

The Best Of CES

Consumer Electronics Show (CES) is the world's gathering place for all those who thrive on the business of consumer technologies. It has served as the proving ground for innovators and breakthrough technologies for 50 years — the global stage where next-generation innovations are introduced to the marketplace
Read more

For the past fifteen years, I have had the privilege of being engaged in growing civil society in the region and understanding how active and caring citizens gathered together in associations drive the development of their communities and countries
Read more

People Are Our Strongest Trump Card

The Austrian-Serbian network of students and graduates was officially established on 21 December 2017 in the premises of the Embassy of Austria in Belgrade, with more than 100 members of the Network present. We were especially delighted to see the members coming to Belgrade from all parts of Serbia to mark the network‘s establishment - two ladies came all the way from Novi Pazar
Read more

Time To Strengthen Friendship With Serbia