Recent years have seen a boom in Russia’s contemporary art scene. In addition to renowned art institutions such as The Moscow Museum of Modern Art, the Multimedia Art Museum or the Tretyakov Gallery, a contemporary art explosion is sweeping an entire country; with art galleries and workshops opening, street art moving into the spotlights and festivals like Moscow’s Biennale of Contemporary Art showcasing works by today’s finest artists, while Russian artists are showcased in an increasing number of institutions and exhibition spaces all around the world

Starting with the nonconformist art of the 1960s, supported by the fertile ground of the Russian avant-garde of the 1910s and 1920s, to the zeitgeist of the past five years, Russian contemporary art continues to transform, evolve and fascinate. Here is the list of nine contemporary Russian artists whose work reflects the diversity of social tendencies that constitute the underexplored Russian art scene. Scroll down and enjoy! 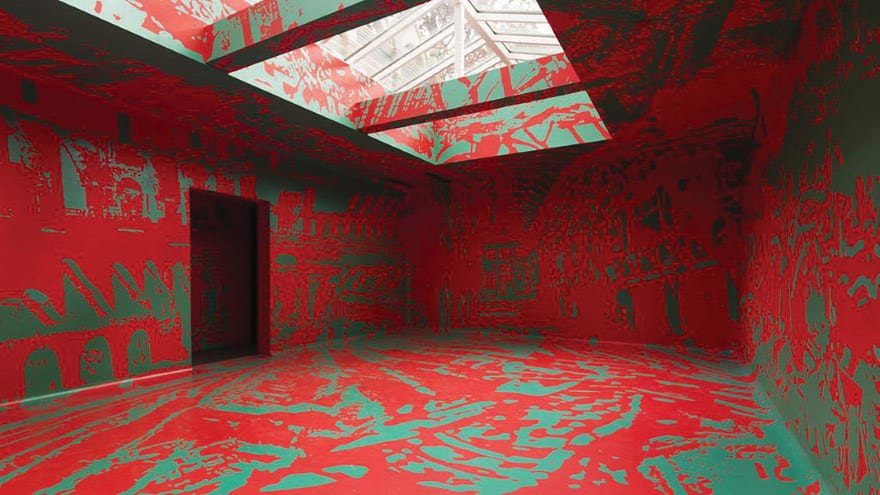 An installation artist and painter, Irina Nakhova combines painting, sculpture, and new media to create interactive installations and environments that engage viewers as co-creators of conceptual mindscapes. As she explained herself, her biggest goal is to create spaces for different experiences, physical and intellectual, that otherwise do not exist. The installation artist and painter address the malleable nature of memory and history in her work by pursuing forgotten narratives of the past, that are often deeply personal for the artist. In 2015, Nakhova became the first female artist to represent Russia in its pavilion at the Venice Biennial. 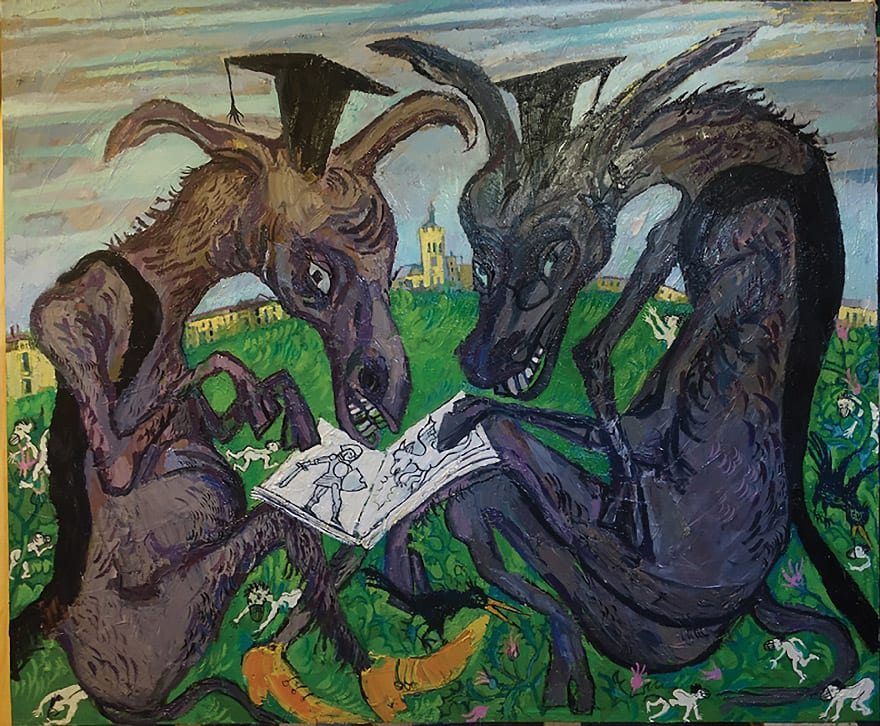 A Russian painter, writer, essayist and art historian of an openly philosophical turn, Maxim Kantor creates paintings and graphic works that reflect his preoccupation with the actual problems of the modern global world. The major theme in his work is the analytical treatment of the condition of the Russian and Western society within the framework of the historical, genre and portrait images. The painter portrays well-known politicians, religious figures and writers alongside common men, continuously included in contradictory processes. His art expresses an evident social trend that traces back to the tradition of the critical realism of the 19th century. 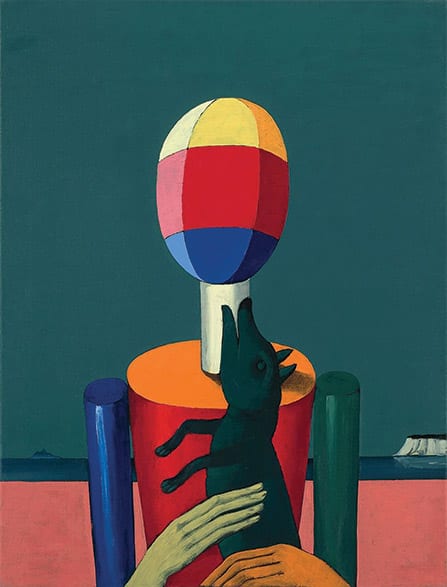 Co-founder and one of the leading artists of the Moscow Conceptualist artistic movement of the 1970s that shaped the Russian underground art scene in the postwar years, Viktor Pivovarov reflected the complete ideologization of the Soviet lifestyle, simultaneously expressing criticism and nostalgia for it. His genius is multifaceted; he worked as a painter, a book designer and illustrator, a theoretician, the inventor of conceptual albums, a memoirist and a writer. He works on thematically related conceptual cycles and series of pictures, many infused with autobiographical and Surrealistic elements, dreams, and Dadaist absurdity, imbued with irony and the self-irony of mystification.

Starting with the nonconformist art of the 1960s, supported by the fertile ground of the Russian avantgarde of the 1910s and 1920s, to the zeitgeist of the past five years, Russian contemporary art continues to transform, evolve and fascinate 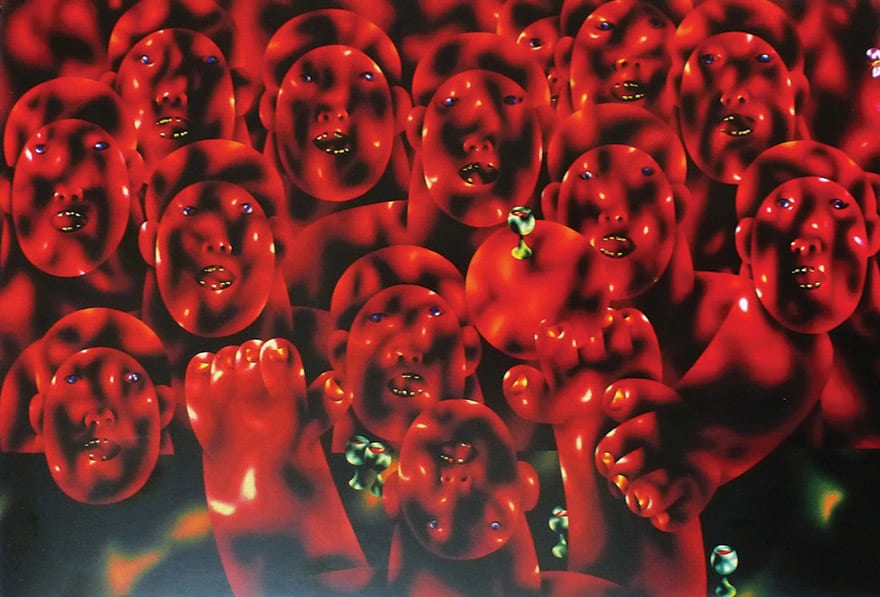 A Russian nonconformist artist, Oleg Tselkov is celebrated for his images of faces painted in bright colour, depicting inner psychological patterns of violence in contemporary culture. The painter has been producing this same monstrous portrait for over a half a century, a face that emanates from the dark and sinister things lurking at the bottom of any man’s soul. Releasing what is hidden in the conscious or even subconscious, this character turns out to be hateful and evil. Releasing monsters from his soul, the artists offers a medicinal remedy. 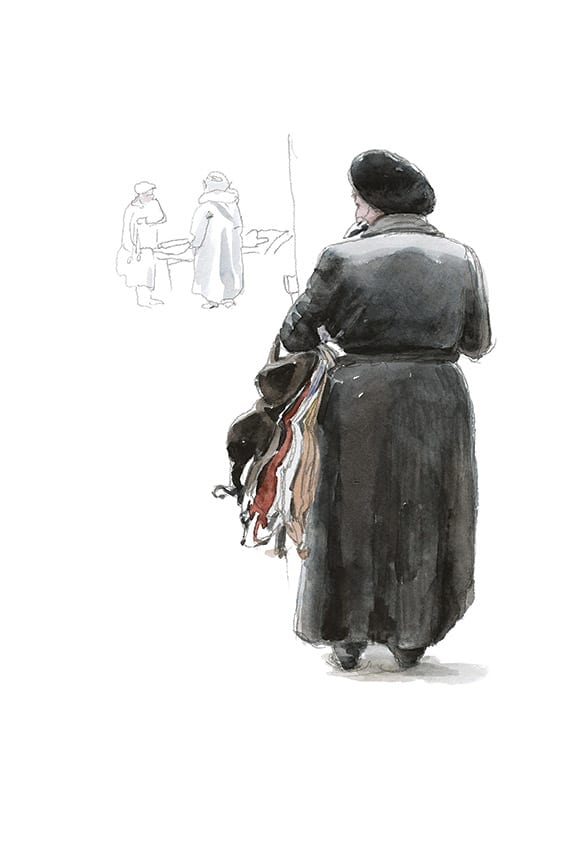 The work of Olga Chernysheva spans film, photography, drawing and object-based mediums. In her practice, she draws on everyday moments and marginal spaces from life as a way of exploring the increasing fragmentation of master narratives in contemporary Russian culture. A sensitive and perceptive observer and chronicler of the daily lives, her psychological approach is informed by both nineteenth-century Russian realism and Soviet avant-garde film. Moving fluidly between media, she offers an insight into the world of post-Soviet Russia. 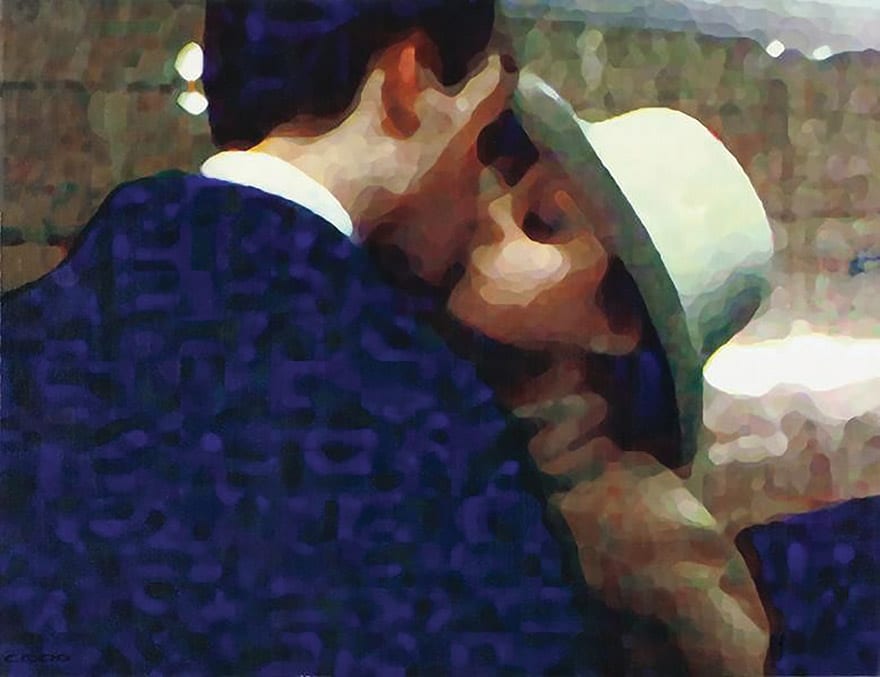 One of the most striking representatives of figurative photorealism in Moscow, Semyon Faibisovich portrays banal episodes of everyday life that showcase the thick air of oppression in the USSR. He depicted Soviet people in a myriad of occasions, such as state festivals, queues, railway stations or suburban trains. The artist found beauty in outrageous life conditions, the mass of people and the aloofness of their look.

Russian-born and American-based artist, Ilya Kabakov produced a wide range of paintings, drawings, installations, and theoretical texts. More recently, he has created installations that Viktor Pivovarov is co-founder and one of the leading artists of the Moscow Conceptualist artistic movement of the 1970s that shaped the Russian underground art scene in the postwar years evoked the visual culture of the Soviet Union, though this theme has never been the exclusive focus of his work. 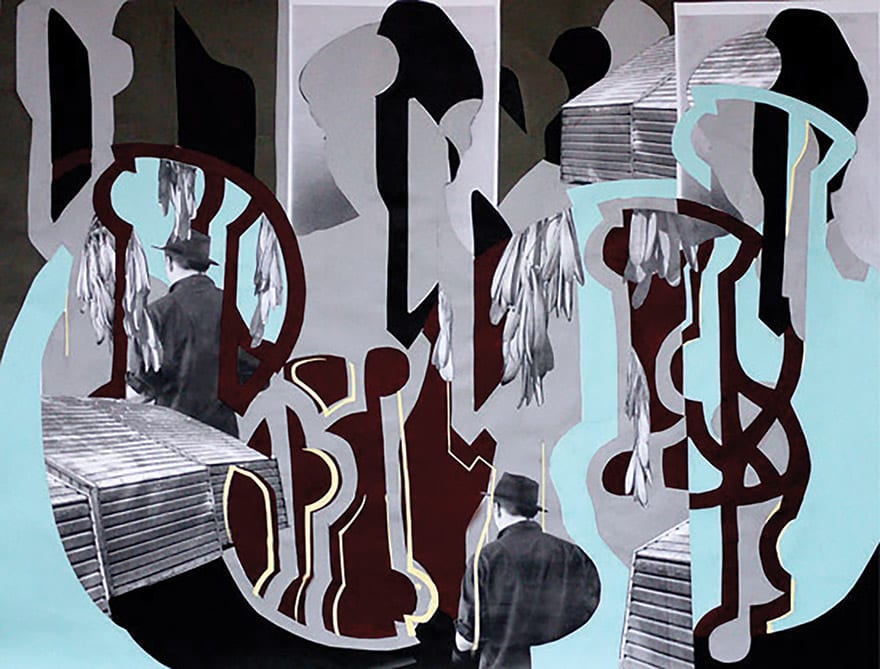 Examining the world in a state of flux, Russian artist Anna Parkina uses collage mixes photography, drawing and text and usually incorporates bold geometric forms and colours. Her collages often reference film montage and industrial design and aesthetics associated with the early twentieth-century Soviet avant-garde. However, she has created a unique language of mass-culture motifs and abstractions drawn from her surrounding, reflecting the changes in contemporary Russian society. 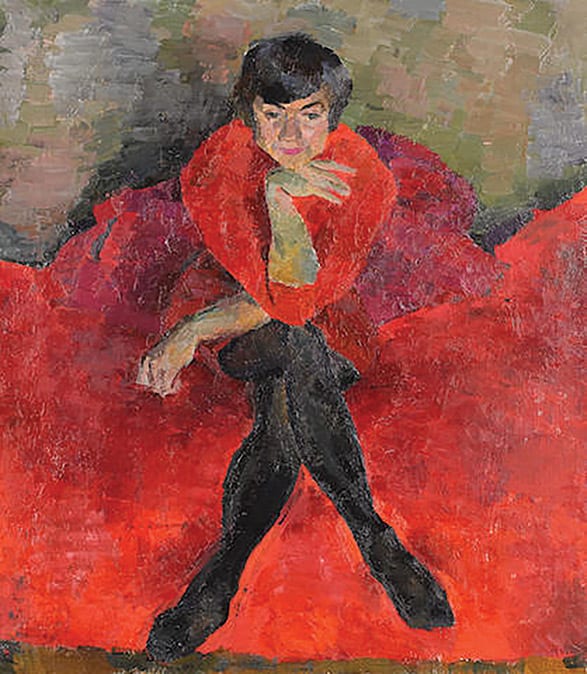 One of the most important living artists from Russia, Erik Bulatov has created a unique, stringent pictorial system that he employs to analyze the interplay of contrasting symbolic systems such as language and images. The painter belongs to the first generation of Russian artists to create non-conformist art. Using symbols of his cultural background, he is concerned with the emblems and typography of socialist glorification. Creating in the realm of political art, his political commentary subversively unites opposing impulses.

The author is a philosophy graduate interested in theory, politics and art. Alias of Jelena Martinović