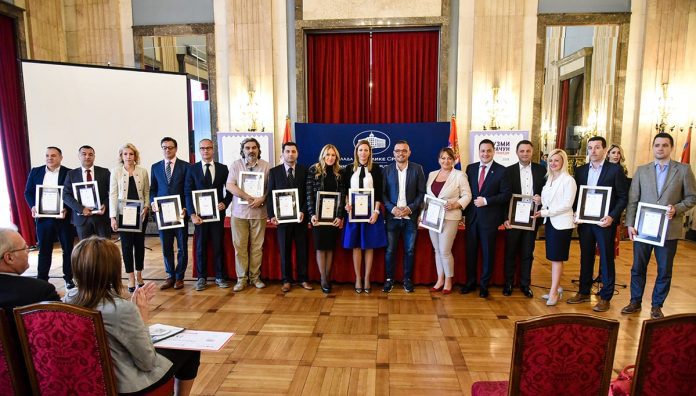 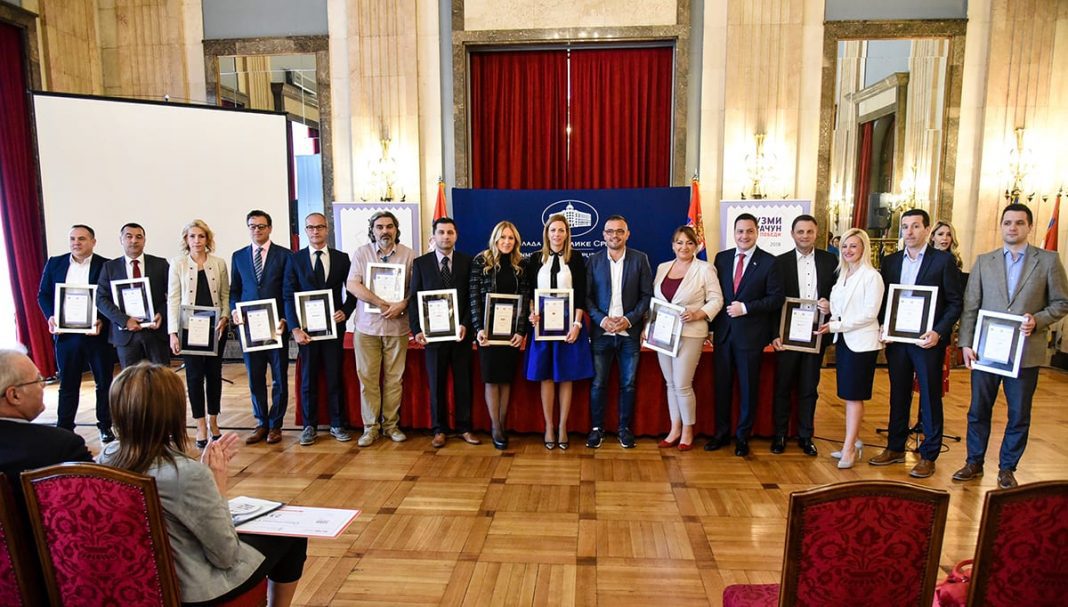 During the second cycle of the “Take a receipt and win“prize competition, with a record participation of 41% of citizens and 11 million receipts submitted, a change in citizens’ attitudes towards the gray economy is registered, through the strengthening of tax discipline, the growth in tax revenue collection and the jump in the use of payment cards.

Ministers of the Government of Serbia at the conference “The First Half of the Year of the Fight against the Grey Economy” concluded that considering that now every other citizen is asking for a receipt, the prize game directly influenced the change of the citizens’ attitude towards the grey economy.  This prompted the Government to intensify the implementation of the measures from the National Program.

The Serbian Government’s coordination body for directing activities aimed at combatting the grey economy and the Minister of Agriculture Branislav Nedimović pointed out that in addition to organising the prize in the first half of 2018, some important measures of the National Program were adopted. Some of them are the drafting of the Law on Compensation, failure to issue fiscal receipts, prepared a list of 2,500 procedures to reduce bureaucracy, and start of the operation of the special departments of the prosecutor’s offices for the fight against organised crime, corruption and terrorism started to work.

– The most significant shift was achieved through the adoption of the Law on Simplified Engagement of Seasonal Workers to suppress illegal work. In the second half of the year, we are expecting the implementation of the tax exemption program for start-ups in the business, the start of the pilot phase of the eInspector system. We will also work on the reform of lump-sum taxation and the fiscalisation system, said Nedimović, who thanked the citizens for their participation in the prize-winning game in the Fair Competition Alliance (FCA) and NALED on support.

A representative of the Alliance and Director of Mastercard for Serbia, Montenegro and BiH Jelena Ristić, said that the economy supports the systematic approach to the suppression of the grey economy. She added that is why the Alliance, together with other socially responsible companies, supported two cycles of the prize as well as an educational campaign with more than half a million euros, but also through experience and expertise.

– It is encouraging that both the business sector and the citizens recognise the importance of transparency of financial flows, and we can certainly attribute greater awareness of this to the educational element of the “Take a fiscal receipt and win” prize. In the first quarter of this year, when the prize game was conducted, card payments grew by 18.82% and their value by 14.38%, so we would like to see new public-private partnerships and effective implementation of the National Program in order to continue with strong action against the problem of the gray economy – said Ristić. 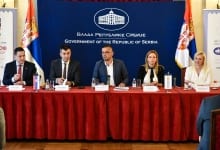 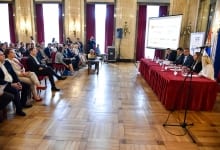 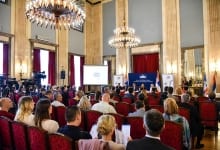 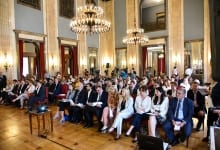 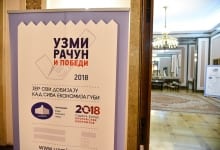 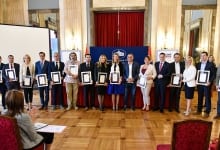 Minister of Labor, Employment, Veterans and Social Affairs Zoran Đorđević presented a report on the realisation of a prize that shows citizens submitted 10.7 million fiscal receipts. A total of 291 prizes were awarded worth 257 million dinars.

Minister of State Administration and Local Government Branko Ružić, in his speech, paid special attention to the competition of cities and municipalities within the “Take a fiscal receipt and win” competition. He pointed out that responsible behaviour of the citizens of Bela Palanka, Blaca, Dimitrovgrad, Kikinda, Kula, Medijana, Savski Venac, Vranje and Vrbas helped their communities win a prize fund of 23,000 euros for investment in projects of public importance.

NALED survey data conducted by IPSOS in May on a sample of 1,025 respondents showed that 70% of citizens believe that the grey economy is not justified and 90% support its suppression. One-third of the citizens pointed out that the prize money motivated them to take fiscal receipts after each purchase, and another 13% were more motivated to pay by credit cards. In the new cycle, 42% of the respondents would participate.

93% of citizens always or often receive some receipts after making a purchase. There has been a strengthening of tax discipline with 48% of respondents is asking for a receipt in case they do not get it (jump from 40% compared to 2017). Also, 26% of citizens would report a facility in which they do not receive a fiscal receipt (an increase of 22% compared to the previous year).

Serbian government ministers handed out plaques of gratitude to the economy that supports the Year of the Fight against the Grey Economy and the prize competition. Companies received the plaques: Mastercard, Telekom Srbija, Post of Serbia, BAT, Gomeks, Gorenje, DIS, Dunav osiguranje, JTI, Coca-Cola HBC, Moj Kiosk, Tehnomanija, Pilip Morris, Forma ideale and Ušće Shopping Center. Representatives of the nine winning local self-government have received awards for the most active contributions to the suppression of the grey economy and checks to 23,000 euros for investing in projects according to the choice of their citizens. 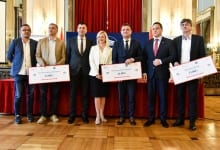 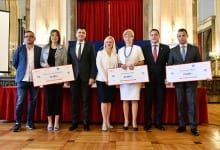 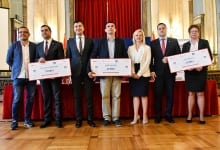 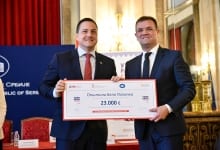 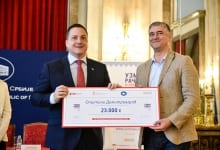 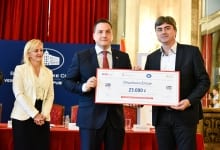 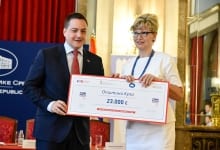 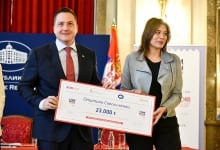 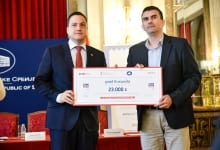 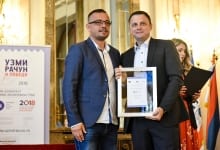 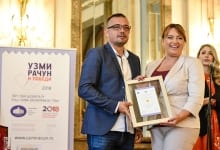 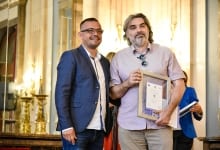 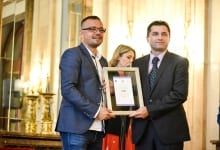 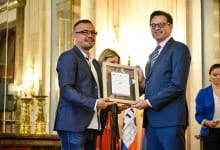 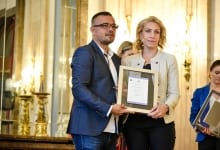 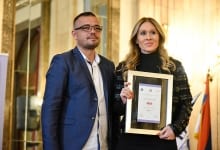 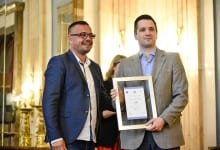 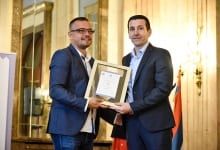 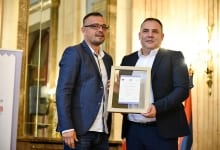